Go to guide to the ITTF Star Awards

Check out this guide to the glitz and the glamour of the ITTF Star Awards night. 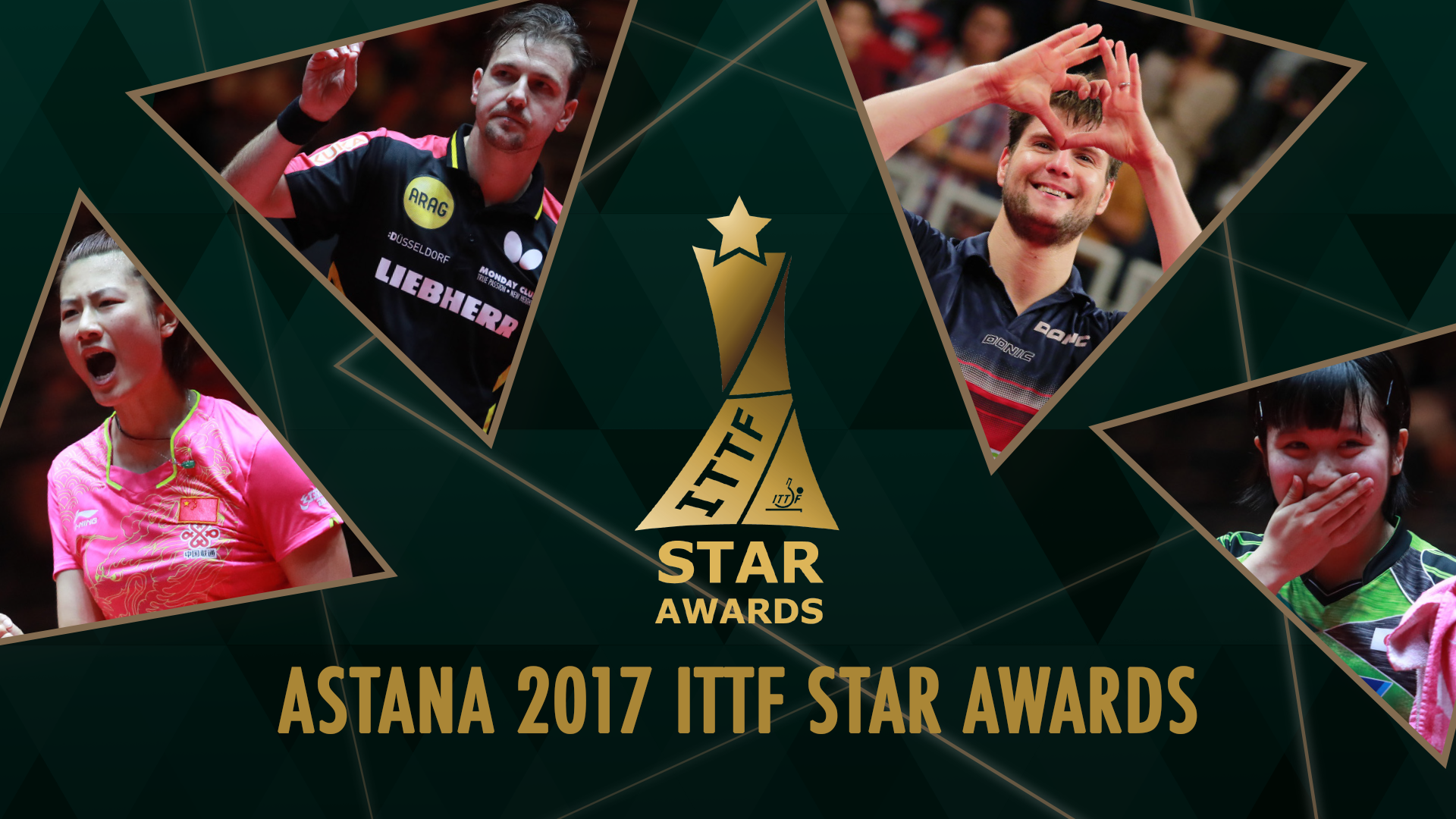 2017 has been a huge year of table tennis and it’s now time to celebrate the best players, coaches and moments.

The 2017 ITTF Star Awards will be held at the Rixos President Hotel in Astana, the capital of Kazakhstan on Thursday 14th December. The night is an opportunity to honour and recognise this year’s standout performances.

There are plenty of awards up for grabs, so here is a rundown on what’s at stake.

ITTF Star Awards will be given in the following categories:

The Male and Female Table Tennis Star Player will be decided by the combined votes of fans, along with the Athletes’ Commission and journalists from across the globe. Meanwhile, the Star Point will determined entirely by the fans!

Can’t make it to Astana in person? Check out where to watch the ITTF Star Awards here to be sure you don’t miss out on the celebrations; and why not have your very own ping pong party alongside the athletes in Astana!