The sun always shines over Varberg; the reason these days is because the inhabitants of the Swedish city are absolutely obsessed with new form of table tennis - TTX! 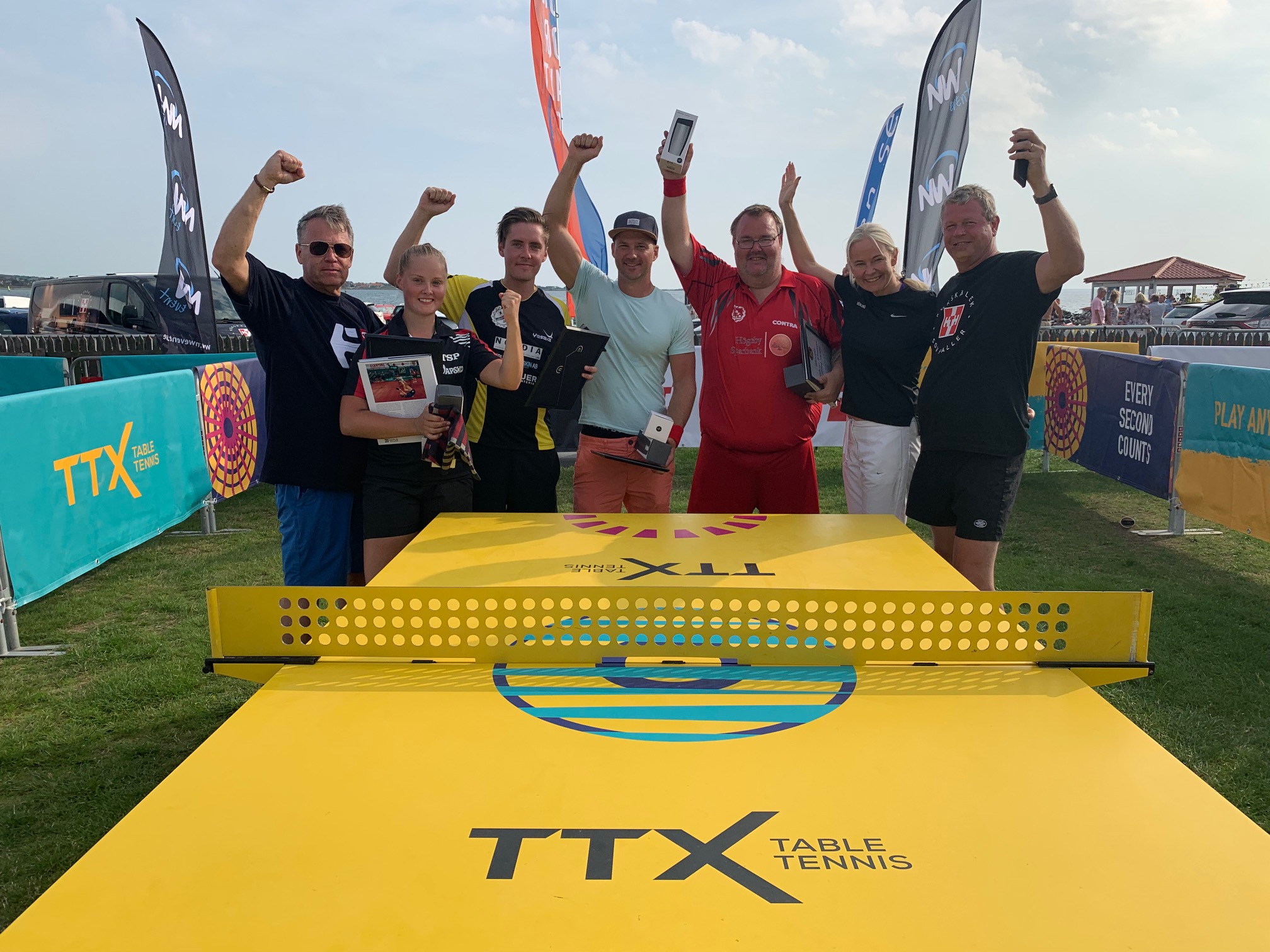 The rejuvenated form of table tennis – TTX – has been attracting attention and fans across the world over the past year. Every city that has had a TTX event has given extremely positive feedback, and one of those success stories just so happened to be in the heart of Sweden.

Last year, the Swedish Table Tennis Association (STTA) was the first ever association to organise a national championship in TTX. This action-packed rendition of table tennis has put a fun new spin on the original sport. The idea born in 2015, had the objective of engaging more with people to play table tennis as a socially competitive activity, rather than the professional athletes.

Since then, competitions have taken place in test events across the globe with resounding success rates. In Sweden last year, the same happened in the southern gem Helsingborg in conjunction with a huge event called National Championships Week, organised by the Swedish Sports Federation. More than 50 sports held their national championships and TTX was one of them.

Fast forward one or two months, a small part of what was called the “brain trust” from the organising committee of the 2018 World Table Tennis Championships celebrated one of the most successful events ever witnessed in the sport with over 450 million television viewers. They were invited to the high-end camping site Apelviken in the city of Varberg, located some 80 km north of Halmstad – home soil to one of the members in the World Table Tennis Championships trust, Niclas Wilhelmsson, from local event company NW Events.

The exceptional weather, perfect surroundings and different sports gave birth to the notion that another sort of table tennis event must be held in the region. Fast forward another few months and the STTA staff began considering where to follow up on the great success in Helsingborg and last year’s national championships in TTX.

In early spring 2019, a delegation from the STTA visited destination Apelviken and reunited with Niclas Wilhelmsson who introduced them to Felix Hammarberg. Upon listening to the idea, Felix decided there seemed to be no obstacles and he instantly embraced the idea of playing TTX in his domain. Luckily for all of the TTX fans, so did CEO and founder to Destination Apelviken, Nils Gordh.

“We’re really eager to join new cool activities here at Apelviken. Besides being a very fun sport, TTX does not require that much space which is a huge advantage for us. The mentality among our guests has also changed dramatically over the years, previously they preferred to be on the beach to catch the sun. Nowadays they require action, we’re organising different surf activities, water gymnastics, cycling and yoga so TTX is an excellent addition to our portfolio of things do while relaxing here.” Nils Gordh

The execution of fun

After some heavy preparations, four TTX-dressed tables, beach flags, a portable stand for holding 300-400 spectators, a professional DJ and speakers were set up right in the centre of Apelviken. The Swedish Championships in TTX were organised in conjunction with another great happening on the site – a yearly festival focusing on food and beverage. This meant that the number of visitors counted around 4,000.

The STTA had early on decided that the competition itself should consist of two classes – one official for the players with a license (e.g table tennis players) and one open for the public.

Early in the morning, after a tough competition and high quality matches, John Nilsson from the Norcopensarna club from the city of Norrköping and last year’s semi-finalist, was crowned Swedish TTX Champion after defeating home soil hope and former Swedish national team player, Caroline Wersäll, in the final.

It was intense play from the start, a counting system with timers counting down the two-minute games, which further spiced up the action. The umpires on the day had to work very hard to keep up with what was happening and overall did a splendid job.

However, it was in the public class the real excitement took place. The organisation set the  maximum number of participating players to 72 and the games that were played were filled with joy, excitement and great TTX action. Between the matches the tables were absolutely packed with people trying TTX for the first time and having a complete ball.

Many interesting personalities participated, among others the Swedish national team player Jennifer Jonsson, who has adopted to the TTX way of playing. However, nothing could be done to put down the hard hitter Adam Wersäll, who showcased a unique style where his hammer-hard forehand smash scared everyone away! He was crowned champion in the open class after beating Tobias Jonsson.

Varberg is ready for more TTX

The mutual feeling across the board is that TTX is a branch of table tennis that is very much here to stay. It is easy to play, fun, casual and creates a very cool atmosphere with music and a live DJ giving you the feeling that this really is something for everyone.

“TTX is a perfect way for everyone to get involved in our sport. It’s fun, it’s fast, and the scoring system really gives an extra edge to the game. The fact that it encourages people to move for increased health really fits perfectly with our key objectives at the STTA. I would say that TTX is here to stay and we are absolutely ready to take on greater challenges here in Sweden and in Apelviken, which is a wonderful place with great potential. We were the national association who organized the world’s first national championship so why couldn’t we be the ones organizing the first TTX World Championships?” Petra Sörling, President for the STTA.

This event followed a similar success story in Denver, Colarado where over 4,200 people turned up to enjoy an amazing day of TTX. Following these models, we are about to see another major TTX event “Roma Ping Pong Fest” taking place on Sunday 6th October in the Italian capital city.

Coming back to Sweden and Varberg, TTX is a match made in heaven. The city largely encourages “outdoor inclusive movement” and what could be better than grabbing your TTX-bats and joining in the fun? Two women attending the event to try TTX for the first time left this glowing endorsement:

“This was the greatest activity we have tried in fifty years.”

A response like that to a TTX event encourages you to break the rule of discussing a lady’s age. In this special case, they happened to be 87 and 85. Table tennis for all, for life. It’s that simple.

Smash Street by TTX: A huge success in Denver!