The Swedish Table Tennis Association (STTA) has initiated a very exciting project to launch, develop and establish TTX as a new alternative to playing table tennis. 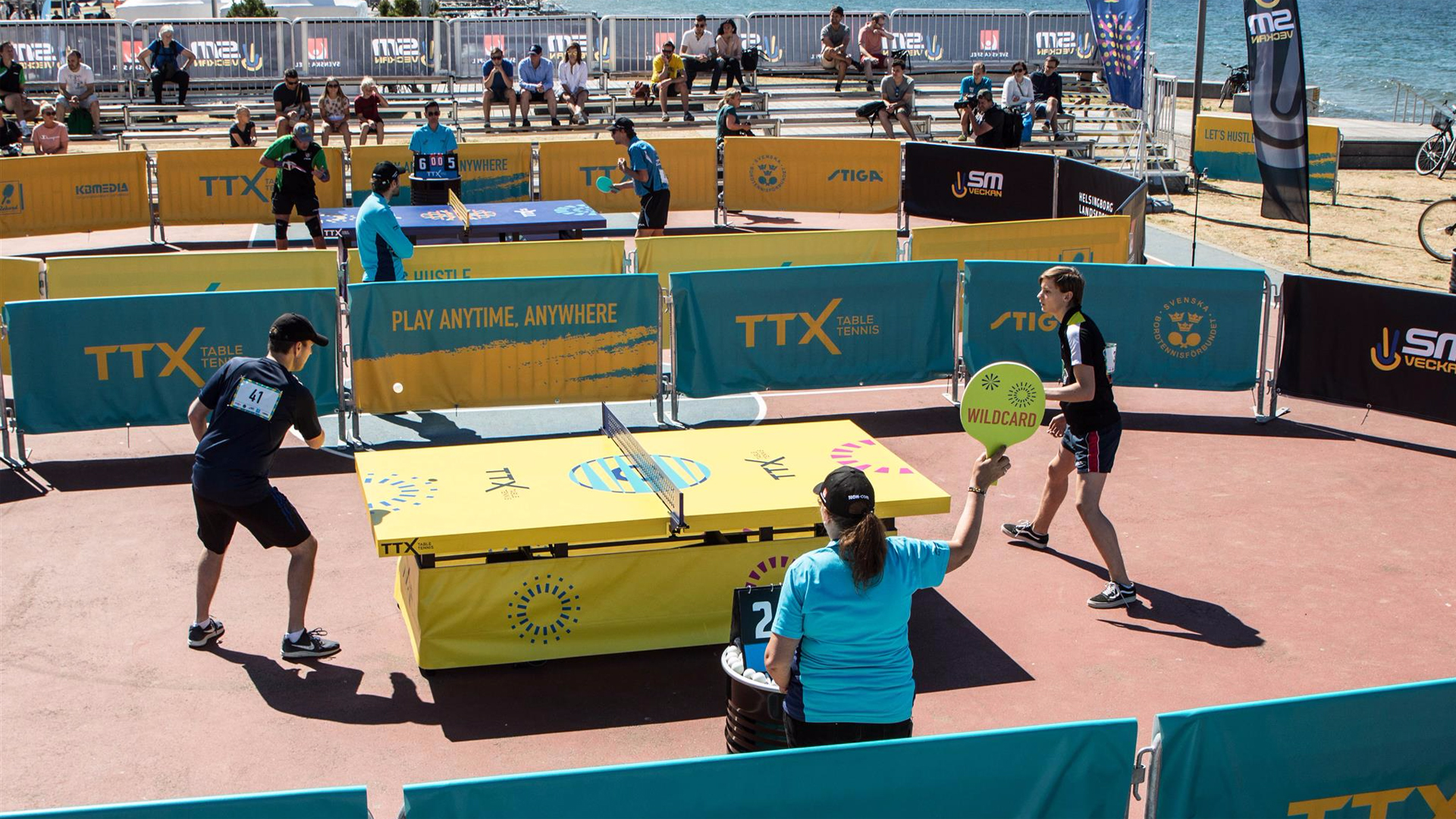 For the first time the STTA participated at this year’s edition and they did it with TTX! Through an official application process to the Swedish Sports Confederation, the STTA had the opportunity to crown official Swedish Champions in TTX – and at the same time becoming the first TT National Association in the world to do so!

The “SM-veckan” concept grows bigger year upon year and now holds two events: winter edition and summer edition. This year’s summer’s edition includes over 50 different sports and is being held from Monday 2nd July to Sunday 8th of July in the city of Helsingborg which also played host to the successful European Veterans Championships in the summer of 2017.

The TTX Event, was held on Tuesday 3rd July and Wednesday 4th of July in a fantastic set up on the Gröningen beach with the participation of 40 players in the following disciplines: Men’s Singles, Women’s Singles and Mixed Team.

Swedish national table tennis team representative, Matilda Ekholm, who decided to try her luck at TTX, had very positive feedback in regards to the new sport

“This was extremely fun and TTX has great potential of becoming a huge success, mainly as a social and relaxing sport. Everyone can play against each other; men and women can now compete against each other equally.” Matilda Ekholm

Despite missing out on the overall win the Swede found her way through the draw, achieving a well-deserved 3rd place finish in Women’s Singles event.

“I played very well in the bronze medal match, it was difficult at first but then I started to find the timing and how to use the wind instead of seeing it as something negative. The ball works surprisingly well in the strong wind.” Matilda Ekholm

The great thing about TTX is that is an inclusive sport that anyone can play a statement which Sebastian Lundahl, the Men’s Singles winner, clearly echoes:

“It is fun that anyone can win. Just because you are a good table tennis player doesn’t mean you can play TTX at all, there are so many more variables than in regular table tennis.” Sebastian Lundahl

For the Women’s Singles champion, Jennifer Jonsson, every second proved vital on her way to victory:

“The time aspect in TTX made me very nervous and stressed but in a good way. Playing on time is actually much more fun than playing to 11. The event here in Helsingborg was great and I really hope that I will get the chance to play more TTX Championships.” Jennifer Jonsson

The men and women had the opportunity to play together, which added an extra amount of fun to the game and Lena Bucht, the winner of Mixed Team competition along with Sebastian Lundahl, couldn’t have explained it better:

“This was so fun – I love TTX! The set up close to the sea and the pumping music really made me happy and excited. TTX has made the sport totally equal so now we can play against men without them having any advantages at all.” Lena Bucht