Thus she opened a new chapter in the history of table tennis becoming the youngest winner of an ITTF World Cup and the only non-Chinese player to win the title. 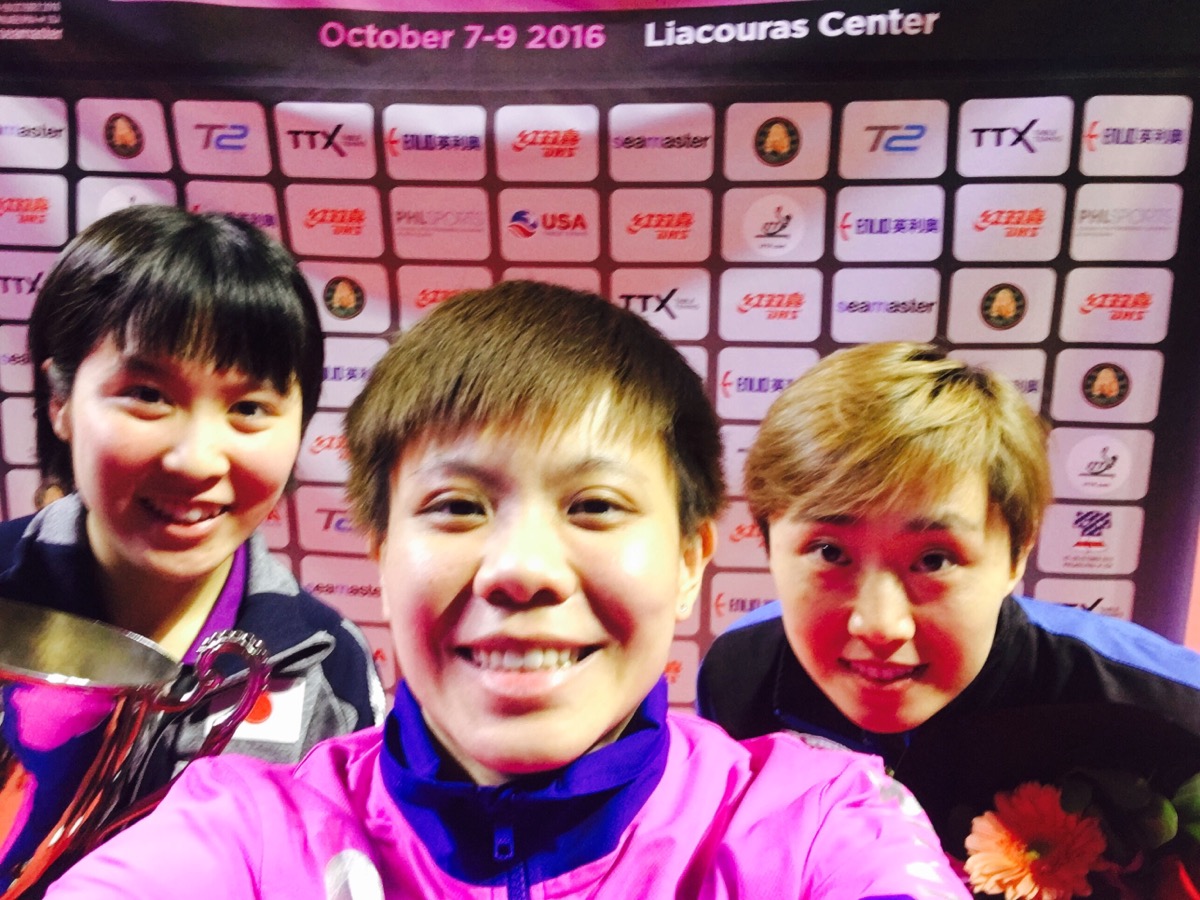 “Nothing is impossible, the word itself says ‘I’m possible’!” said Audrey Hepburn.

Tonight at Philadelphia, Miu Hirano proved this quote. At only 16 years of age, seeded number five in the tournament, Hirano stunned the world by beating the second seeded player of the tournament, Cheng-I-Ching. What more impressive is the scoreline. She won in straight games, leaving no margin of error.

Hirano’s serves were the key to success in the final match. She kept troubling Cheng with her reverse spin serves executed from the forehand side of the court. Those serves were her strongest weapons as Cheng was unable to anticipate the spin. Giving back a weak return, Cheng was always at the receiving end. This added to Hirano’s quick execution of both forehand and backhand topspins wide on the table was the perfect combination needed to win the title.

Her semi final victory is even more impressive one. She beat the top seed, world number five, Beijing 2008 Olympic Team Silver medalist and London 2012 Olympic Singles Bronze medalist Feng Tianwei in an unforgettable match that went on for six sets. She was trailing 1-2 and 5-10 in the 4th game. Hirano went on winning that game 13-11 and from then on there was never looking back. Feng constantly tired her best to get the rhythm back but was unable to bring her momentum back.

It was so impressive to see a young Japanese teenager beating world number five who is almost double her age. Today, rankings, age, past records and success did not matter. The only thing that mattered was consistency on the table and fearless execution of strokes. Hirano was clearly the fearless one and thus emerged victorious.

With this historic win, Hirano has proved herself as an important member of the Japanese National Team. She along with Mima Ito are undoubtedly the future of Japanese Table Tennis especially as they welcome the world to Tokyo for the 2020 Olympic Games.

In the match to decide the third position, both Feng Tianwei and Tie Yana displayed some classic close to the table counter loops. However, it was Tie Yana who showed signs of agitation and confusion. She made a lot of unforced errors giving Feng an upper hand. Feng on the other hand, maintained her composure and held her nerves tight despite a disappointing loss to Hirano an hour back. Feng Tianwei won in five sets (12-10, 7-11, 11-6, 11-8,11-9) to take home a cheque of $15,000.

Today, The Liacouras Center was house full with numerous table tennis fans enjoying watching these women battle for the title. It was a historic day for USATT and all the fans in the US as the semi finals were broadcasted LIVE on ESPN3 and the third position match and the finals were both telecasted LIVE on ESPN2. Tonight the US audience were introduced to the highest level of table tennis and certainly, it blew them away. Broadcasting table tennis on US’s leading sports network is definitely a way forward the the sport in the United States, a country where baseball and now probably basketball is their favorite pastime!