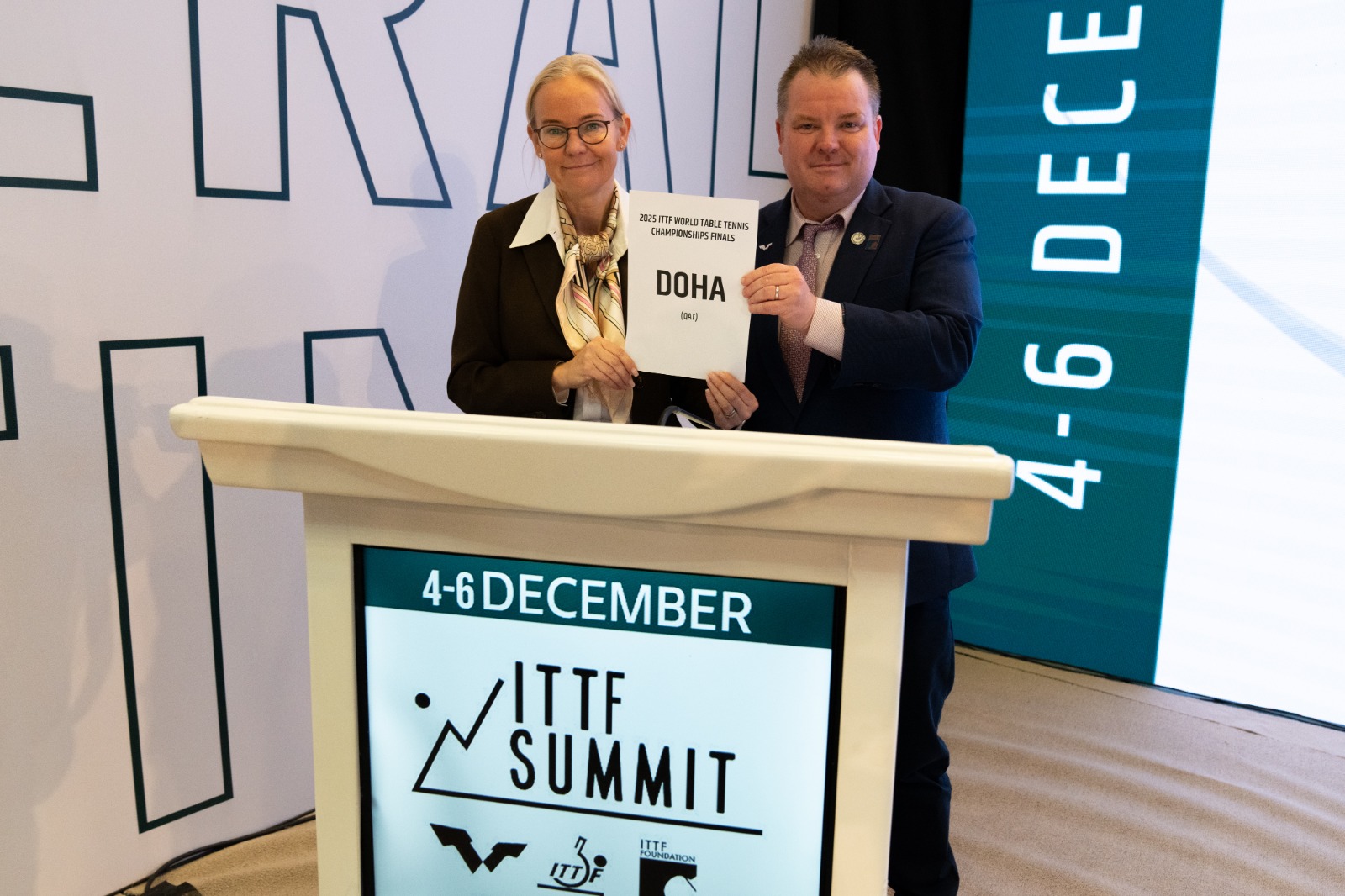 The 2025 ITTF World Table Tennis Championships Finals is set to be staged in Doha, Qatar following a vote from Member Associations today at the Annual General Meeting, during the ITTF Summit. Doha won 57 votes against 39 for the other candidate city, Alicante, Spain.

Doha, the capital of Qatar, is located on the country’s eastern coast and is a destination city for tourists and major sporting events alike. Today’s announcement continues Doha’s longstanding association as one of the most established cities in global table tennis. 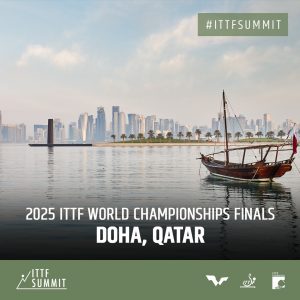 Having been hotspot for major events for almost three decades, the Qatari capital has recently proved itself a key location and launchpad for a new era in table tennis. The WTT Middle East Hub in 2021 marked the first official events of World Table Tennis, successfully holding back-to-back Contender and Star Contender events in March last year. Qatar’s commitment to staging premium blockbuster events guarantees more historic memories will be made when the World Championships Finals lands in Doha in 2025.

The last World Championships Finals were staged in Houston, USA in 2021 and was broadcasted in more than 200 territories to over 500 million fans. As momentum builds on the global table tennis calendar, all eyes will be on Doha to host an event that continues ITTF’s mission to stage entertainment driven events while maintaining the tradition and history of the championships for both players and fans.

Doha will mark the 59th edition of the World Championships.