Unanimous; members of the ITTF Executive Committee were of one voice in praise of the outstanding presentation and high quality of organisation witnessed at the WTT Singapore Smash tournament when they met backstage on Tuesday 15th and Wednesday 16th March.

All agreed a new era had dawned. 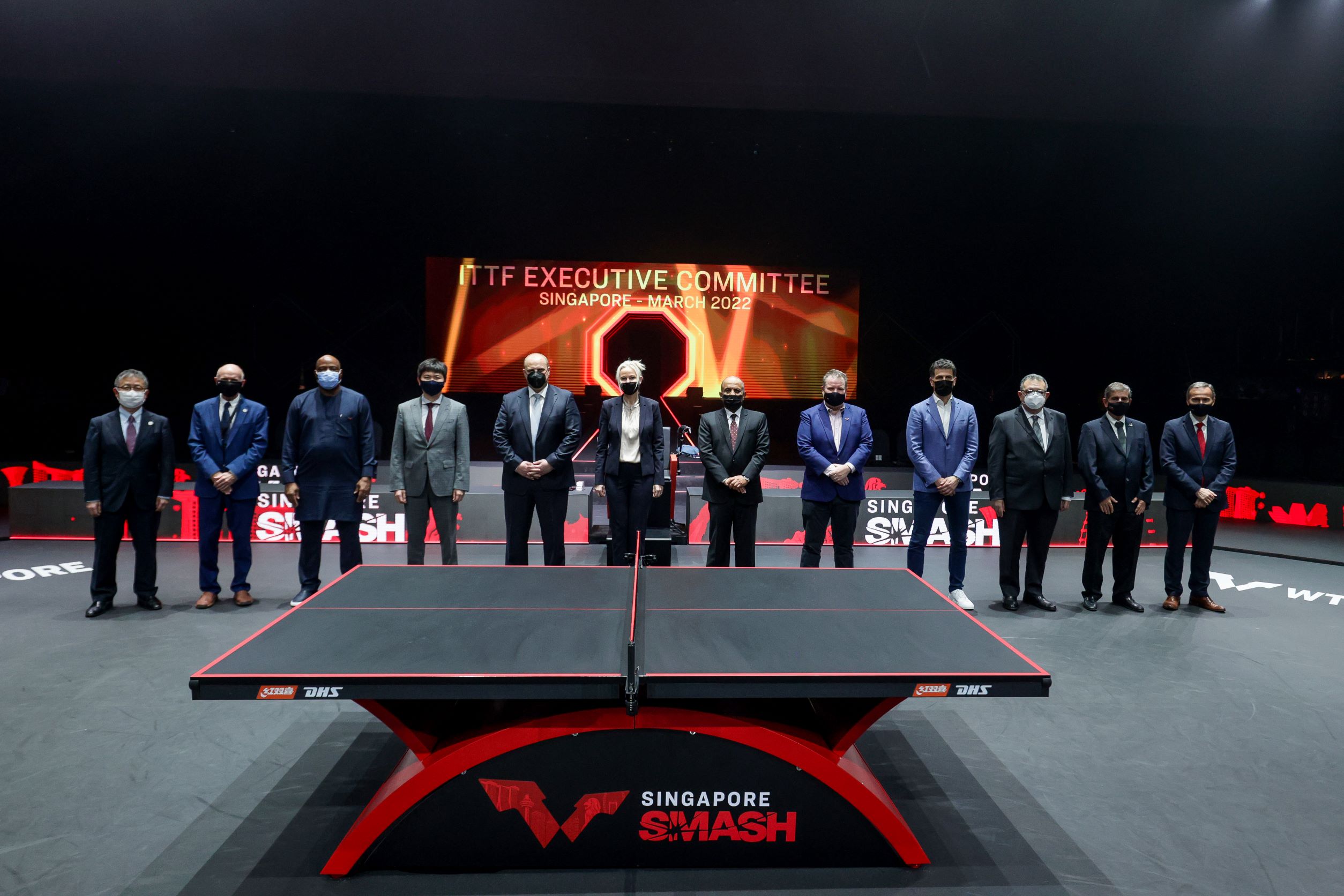 The ITTF Executive Committee held a meeting in Singapore on 15 and 16 March in parallel with the first-ever WTT Grand Smash. The event received high praise from all the members, which were particularly impressed by the sport presentation and the quality of the organisation and its service level.

Ukraine, Annual General Meeting, and future bidding processes were among the key topics.

Additionally, the Executive Committee agreed efforts towards sustainability should be accelerated, the importance of reducing a negative environmental impact being stressed.

Therefore, the ITTF will align its sustainability objectives with the United Nations Framework Convention on Climate Change (UNFCCC) and the UN Sustainable Development Goals (UN-SDGs).

Moreover, a new position will be created to focus on sustainability within the ITTF Group and support the implementation of the UN-SDGs.

“The UN-DSGs have the power to create a better world by 2030, by ending poverty, fighting inequality, and addressing the urgency of climate change. Guided by the goals, it is now up to all of us, governments, businesses, civil society, and the general public, to work together to build a better future for everyone. To me this is personal and therefore they will permeate all my work as the ITTF President.”
Petra Sörling, ITTF President

Meanwhile, with the introduction of World Table Tennis, the Executive Committee is considering reviewing the current limit of 40 teams for the World Team Championships Finals. It will open discussions with the Busan 2024 Organising Committee, the item will be included on the next Board of Directors’ meeting agenda.

The ITTF Executive Committee is composed of the following:

Portfolios were allocated during the Executive Committee meeting held on Saturday 29th January 2022.