The Danish player made an incredible comeback in last year's European Championships, just months after a terrible car accident.

Anders Lind received the “Nothing is Impossible” prize at the Star Award Gala this weekend, celebrating Danish sport’s outstanding achievements in 2021.

The prize is awarded to an athlete who has defied all odds, done the impossible and fought extraordinarily hard and persistently to achieve great results during the year. This is Lind’s year in a nutshell. 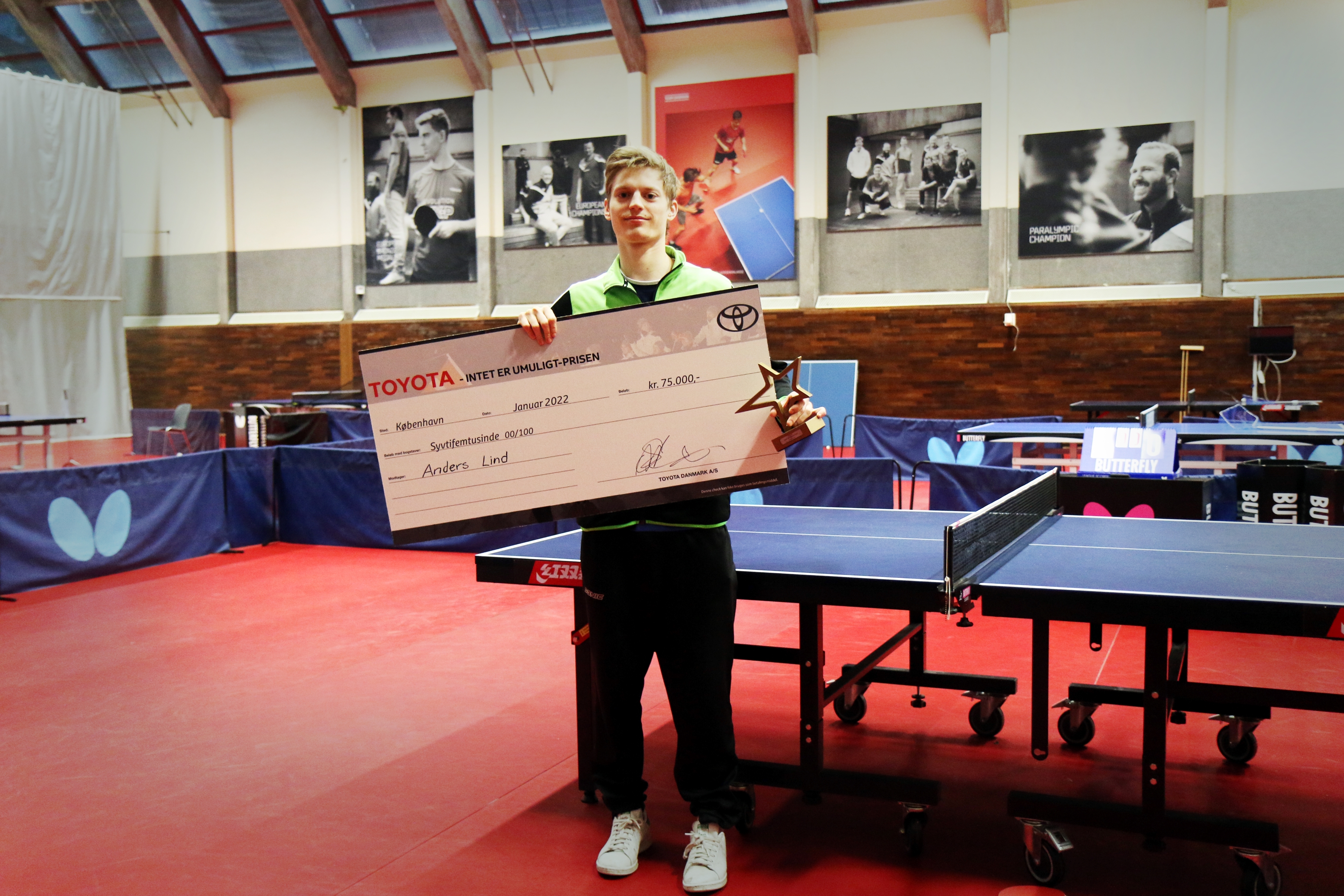 In March last year, the 22-year-old was involved in a severe car accident and broke two vertebras, and doctors were not sure he would ever walk again.

That was without counting on Lind’s persistence. After surgery, three months wearing a corset, and intense rehabilitation, he returned to the training hall.

Fast forward to September, Lind was selected as part of Team Denmark for the 2021 European Table Tennis Championships and took bronze – losing only to the future champion.

Team Denmark will now attempt to repeat their performance at this year’s World Team Championships in Chengdu.

The other nominees for the “Nothing is Impossible” award were the Danish national football team and handball player Mathias Gidsel.