“I think both Fan Zhendong and myself achieved our goal of making it an All-China final. We are now determined to get the gold medal again for the Team’s event. I was enjoying myself and did not put too much pressure on myself today. You have just got to go out there and do your best. If your opponent makes a mistake, you take advantage of it. I managed to do all of that today. When you play against a quality player like Fan, you must be in top form and cannot afford to make too many mistakes. I guess I have the experience of winning on the biggest stage, including the Olympics, and that probably gave me the edge over him today. Looking ahead to the Team’s event, we need to regroup as it’s no longer an individual effort anymore. We need to play to each other’s strengths and follow the game plan. It’s nice to see all the compliments about me. I want to continue playing table tennis for as long as I can. I like to thank my team and my family for their support and encouragement all these years,” said Ma Long

“I had my chances but just couldn’t take them today. Although I could not win a gold medal, I still managed to win a silver on my Olympics debut, so that is something I can be proud of. There can only be one champion in a competition. I have to continue working hard as there are still certain aspects of my game which can be improved,” said Fan Zhendong

Now or never for Fan 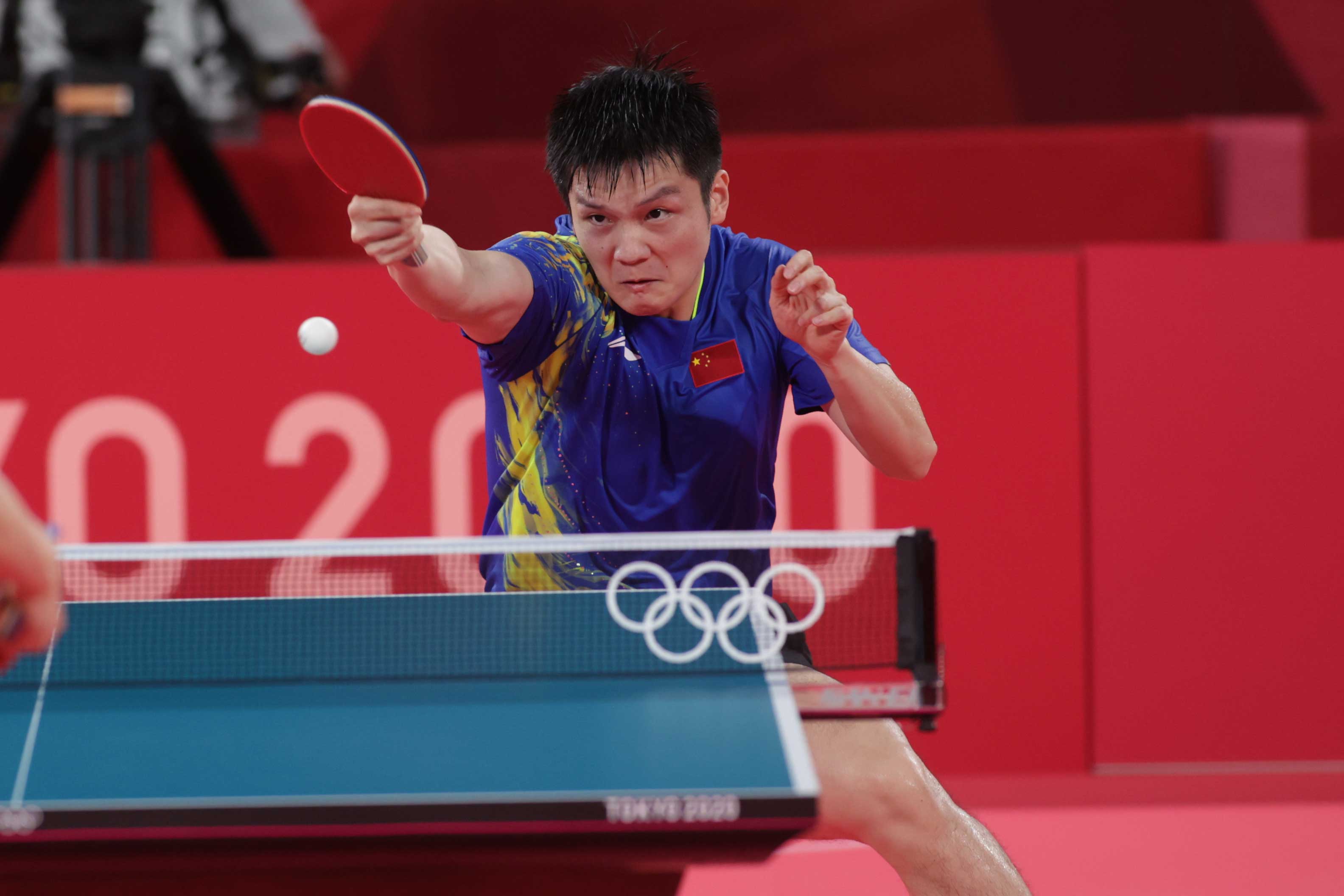 A much stronger performance in game two, but Fan now finds himself in trouble with his opponent just a game away from the title. Ma has been finding the angles with high percentage play, securing games three and four back-to-back to pile pressure on his compatriot. Can he convert?

Defending champion Ma Long is off to a quick start in the Men’s Singles gold medal match at the Tokyo Metropolitan Gymnasium, claiming the opening seven points. Fan Zhendong fights back to earn four consolation points, but that’s as far as he can recover and now finds himself a game down early in this one. 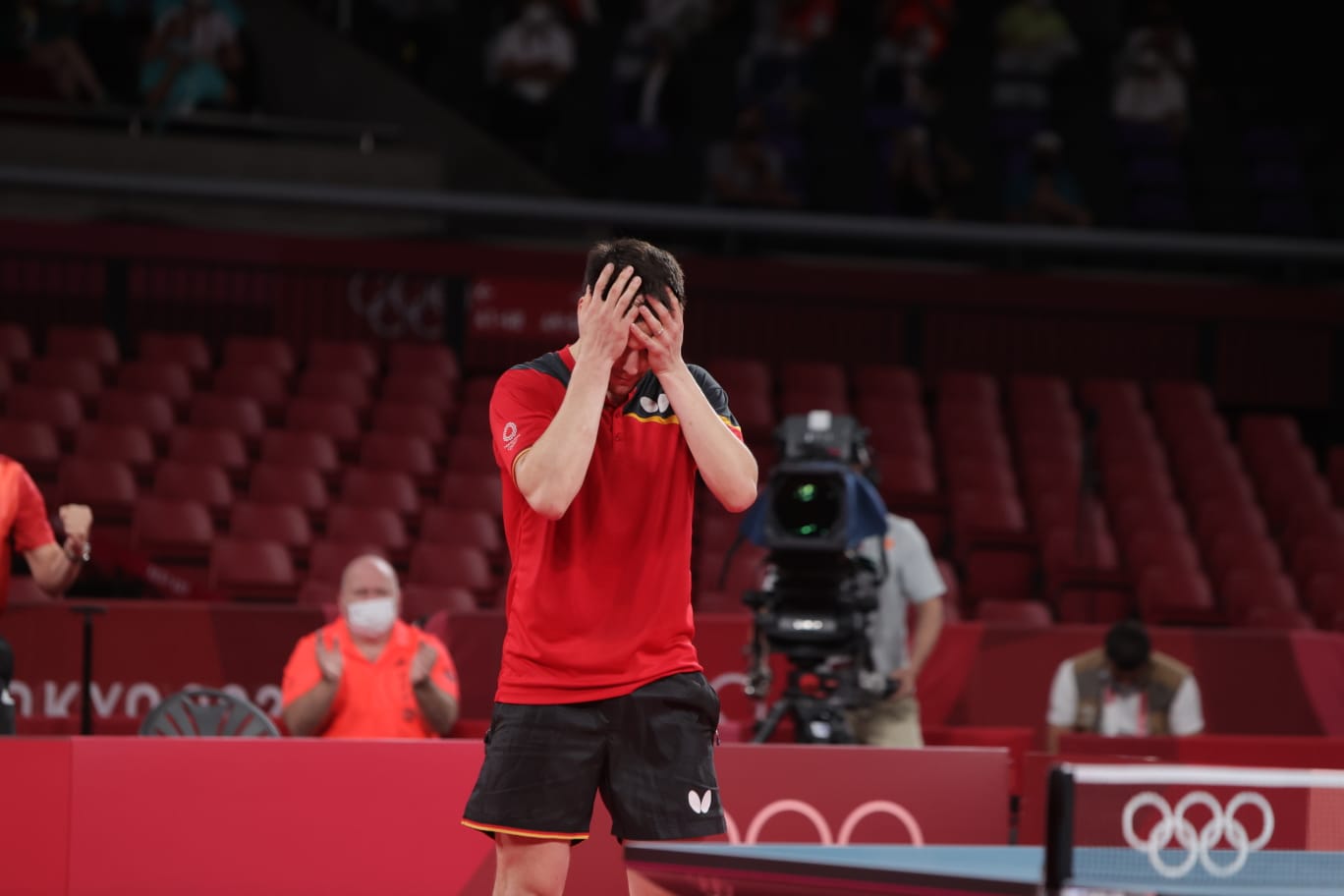 Dimitrij Ovtcharov has successfully taken home the bronze medal in Tokyo after beating Lin Yun-Ju in an extraordinary seven-game thriller. Leading by the close of game five, Lin was presented with four match point opportunities in game six but failed to convert as Ovtcharov managed to force a deciding seventh game. Storming out of the gates, Ovtcharov took the second lease of life with open arms to earn his second Men’s Singles bronze medal on the Olympic stage (13-11, 9-11, 6-11, 11-4, 4-11, 15-13, 11-7).

“I truly feel the last four days felt like five years. I really believed that I could go all the way. Then suddenly I was almost knocked out by Hugo. Then I pulled myself back and had such a great match against Ma Long yesterday. Everything broke apart at the last point. I called my dad and my wife and said I never want to play table tennis again. It’s really too hard. But they gave me so much strength and my dad said to me that if I’m going to win again today, the world will be great again. But yesterday evening, I didn’t even believe I could lift a racquet again. My dad was right. I won today and everything feels amazing again. He had so many match point and I felt it was over for me. But he missed and in a blink of an eye later, I felt I had some divine help and I was so delighted to be back in the game. Sport is incredibly crazy. On one hand, I invest so much time and effort for that one single point. On the other hand, it can be so ugly when you do so much and you lose by one point. It’s just insane,” said Dimitrij Ovtcharov

“It was really a pity I could not close out the match in the sixth game. I was probably too eager to win it. I’ll take a break now before regaining my focus for my next match in the Team’s event,” said Lin

All-square at one game apiece 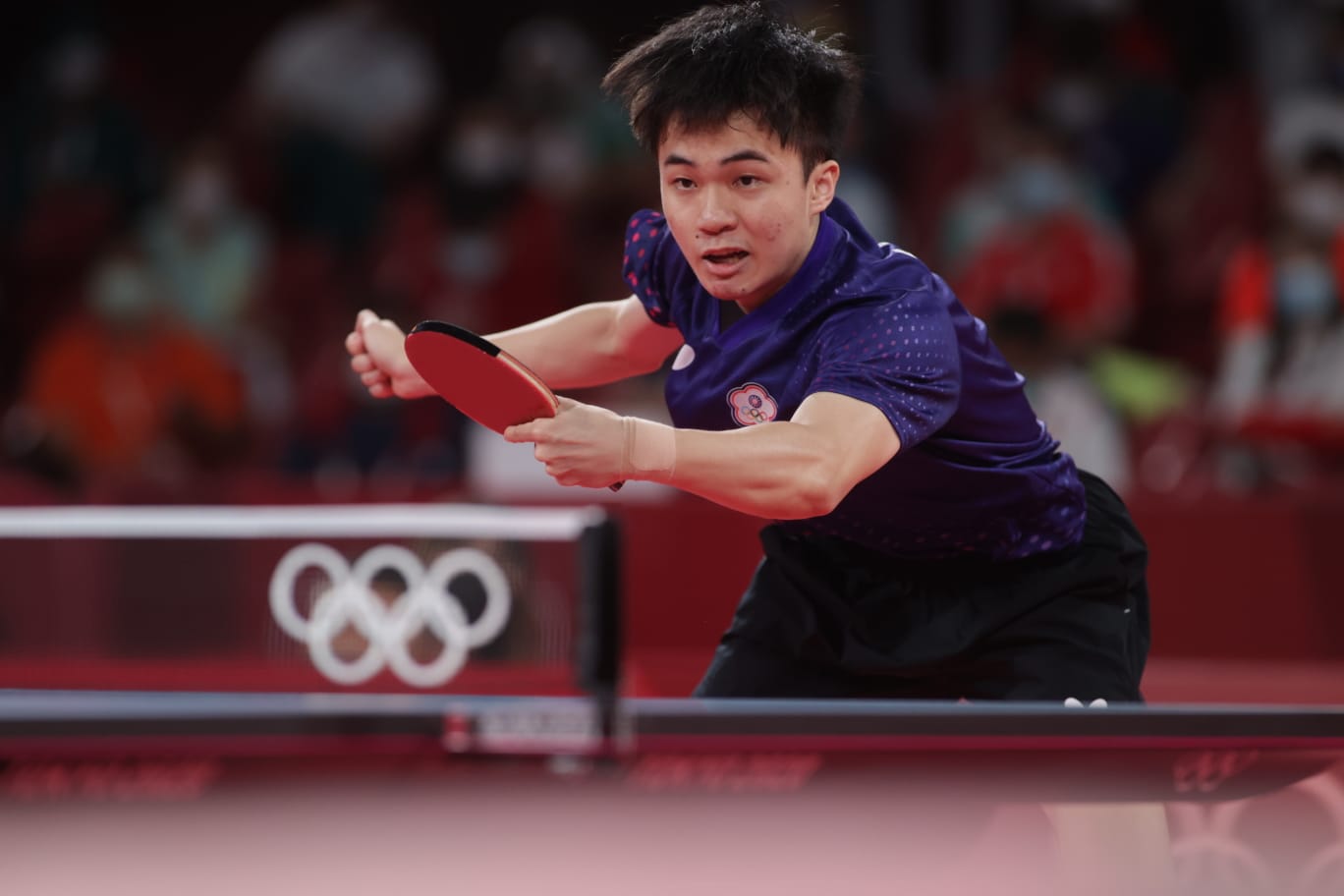 The bronze medal match is proving just as tight as anticipated, with nothing to separate the two medal hopefuls after two games. Chinese Taipei’s Lin Yun-Ju recovers two game points in game one before holding a game point of his own, but, Germany’s Dimitrij Ovtcharov holds his nerve to move in front (13-11). Game two proves just as close, with Lin narrowly taking it by a two-point margin (11-9).

Destiny awaits on the final day of singles action

Following an exciting finale to the Women’s Singles event, all eyes are now firmly fixed on the last day of Men’s Singles action, with medal positions decided on Friday 30th July.

Read up about the day’s upcoming action with our Day Seven Preview.