The International Table Tennis Federation (ITTF) confirms that Dishang Group is the Title Sponsor of the upcoming 2020 ITTF Women’s and Men’s World Cups. 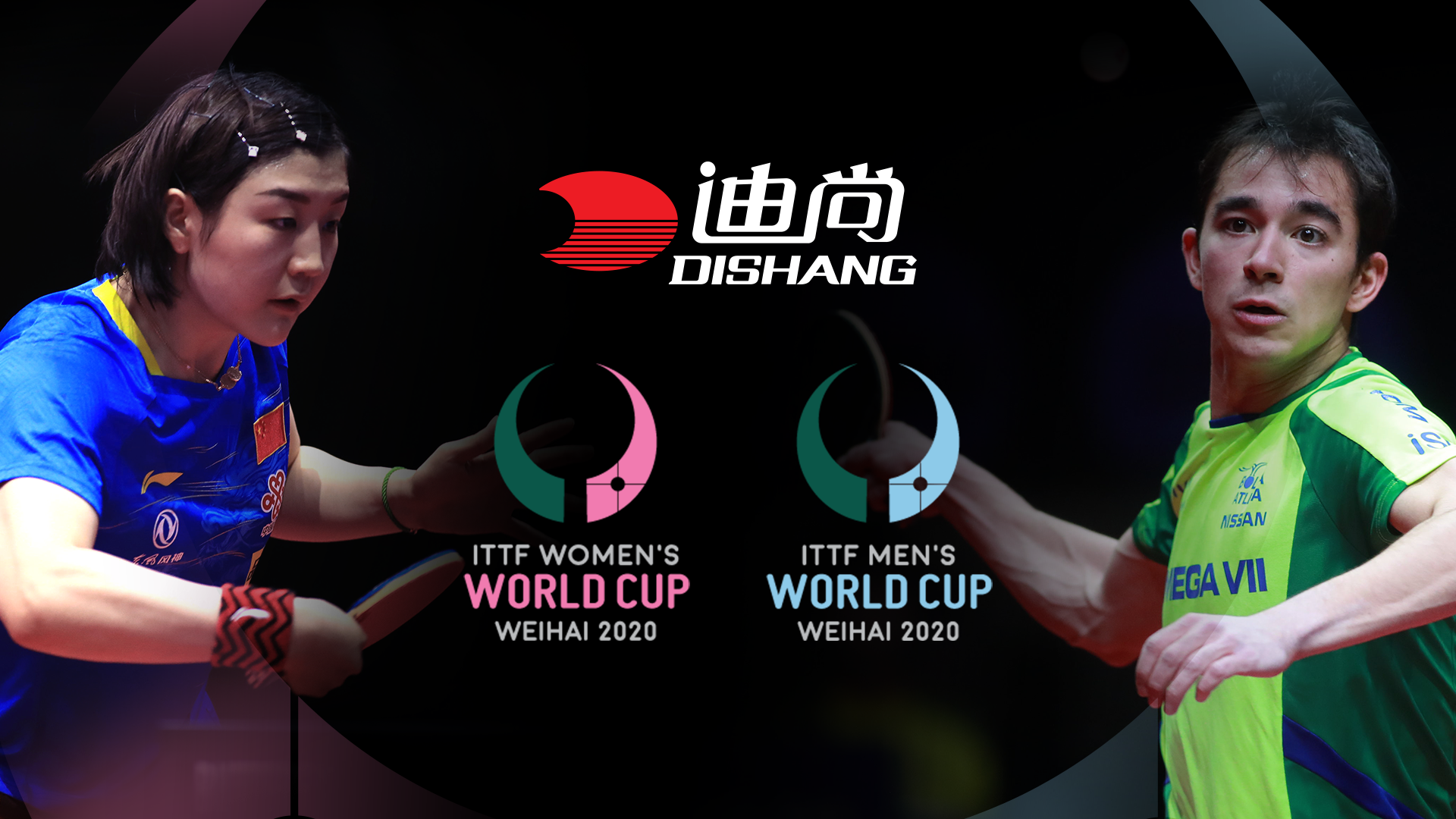 One of China’s largest manufacturers and exporters of apparel, Dishang Group is headquartered in Weihai (Shandong province), the host city for both events, which will be staged on the following dates:

The two events are being held as part of the #RESTART series, which marks the long-awaited return of international table tennis after several months of suspended activity due to the COVID-19 pandemic.

The ITTF World Cups traditionally sit amongst the most prestigious annual international table tennis events, featuring many of the sport’s best players from all parts of the world and counting towards the Grand Slam (Olympic Games, World Championships, World Cups).

While China has been a successful host of several ITTF World Cups in the past, this will be the first time that Weihai will stage the Women’s World Cup and the Men’s World Cup, which boast 24 and 40 years of rich history respectively.

Both events will be held at the Weihai Nanhai Olympic Center. The newly opened venue, which fits 4,000 seats, hosted the 2020 China National Table Tennis Championships earlier this month. The city of Weihai is a major Chinese seaport, located in the easternmost point of Shandong province and boasting a coastline which stretches 1,000 kilometres.

“Dishang Group, with its headquarters located in Weihai, is honoured to be title sponsor of the 2020 ITTF World Cups. We are very proud to work hand in hand with the ITTF to contribute to the development of table tennis. I sincerely wish this event a complete success and hope that the hosting of the World Cups will give courage to everyone around the world to combat against the pandemic and increase confidence in restoring economic growth, and encourage them to pursue a better life.” – Mr Zhu Lihua, Chairman of Dishang Group Co., Ltd.

“Dishang Group is a global leader in their field, who have shown excellence in what they do, as well as a great enthusiasm for staging the upcoming ITTF World Cups. Therefore, we are very pleased to have them on board for this exciting and highly significant return of international table tennis events.” – Kimberly Koh, ITTF Head of Partnerships