Star names will be battling it out for honours this November! 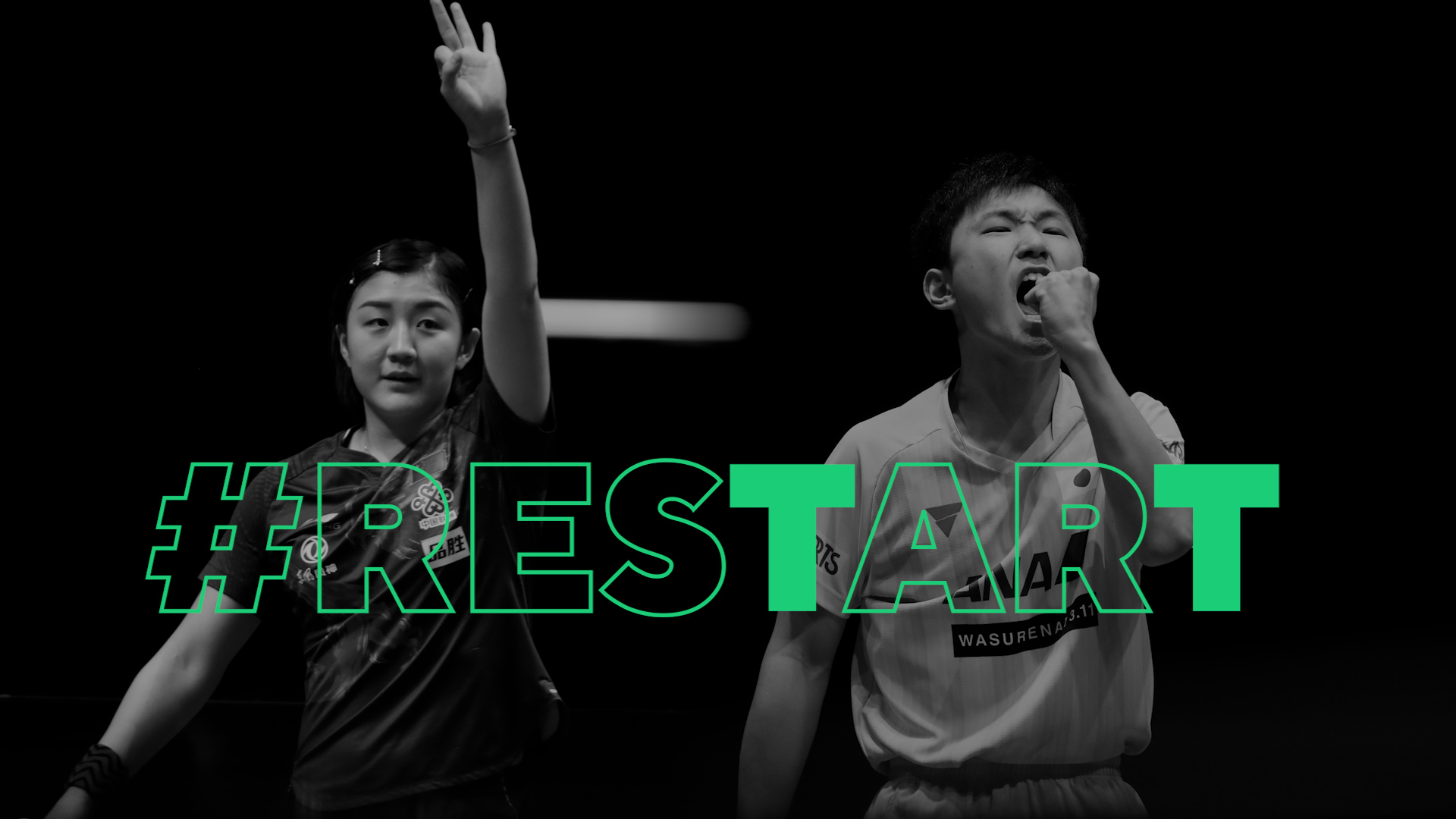 The #RESTART series will see international table tennis events resume after several months of suspended activity due to the COVID-19 pandemic.

The trio of events will be held in China on the following dates:

The World Cups will feature 21 female and 21 male athletes, many of whom have qualified either as World Champion or via completed continental events (Africa, Europe and Pan America). Other players have been selected by world ranking from the other continents (Asia and Oceania) as well as the whole world according to the provisional World Cup playing system. The Asia players list is in accordance with the original list for the 2020 ITTF-ATTU Asian Cup, which was cancelled due to COVID-19. The remainder of players have been selected as new entries to replace athletes unable to take part in the events. For each World Cup event, there is a maximum of two players per national association to ensure an exciting spread of star talent from across the globe.

The World Cups are typically contested by 20 athletes, but the ITTF Executive Committee decided to allow more flexibility for the entry procedure, increasing the quota to 21 players per event, due to the timelines afforded to the players to enter the events and certain changes to the conditions of the event series, as well as last-minute changes to some league matches.

The withdrawal through injury of Liu Shiwen (China), the reigning World champion and record-holding five-time Women’s World Cup champion, has allowed compatriot and WR 1 Chen Meng to enter the action. Chen Meng is setting her sights on the trophy that she has yet to win in her stellar career to date. Her greatest competition for the title comes in the form of WR 2 Mima Ito (Japan).

Among the players to have qualified via the continental cups, there are Dina Meshref (Egypt), who holds the record of eight Africa Cup titles; Petrissa Solja (Germany), winner of back-to-back Europe Cup titles; Sofia Polcanova (Austria), Europe’s highest-ranked female player at WR 14; Adriana Diaz (Puerto Rico), winner of back-to-back Pan America Cup titles; and Lily Zhang (USA), the 2019 ITTF Breakthrough Star and one of the standout players at last year’s Women’s World Cup in which she reached the semi-finals.

Since the Asia and Oceania Cups were unable to be held due to COVID-19, players have been selected according to world ranking with many more familiar faces set to enter the action, such as Zhu Yuling (China), Kasumi Ishikawa (Japan), Cheng I-Ching (Chinese Taipei) and Feng Tianwei (Singapore). Meanwhile, Melissa Tapper (Australia) replaces compatriot Lay Jian Fang.

Additionally, Bernadette Szocs (Romania) enters as the wild card, while Suthasini Sawettabut (Thailand) qualifies as the original host player, since the event got moved from Bangkok to China.

Considered by many as the greatest table tennis player of all time, Ma Long (China) will be looking to add the 2020 Men’s World Cup to his burgeoning trophy cabinet. “The Dragon” qualifies off the back of his stunning third consecutive World Championships title, sealed last year in Budapest.

Ma is joined by WR 1 Fan Zhendong (China), who lifted the 2019 Men’s World Cup in Chengdu, as well as a number of other top Asian players to have qualified via their world ranking, such as teenage talents, Tomokazu Harimoto (Japan), WR 4 and just 17 years of age, and Lin Yun-Ju (Chinese Taipei), WR 7 and 19 years old.

Europe is providing plenty of strength in the form of Mattias Falck (Sweden), WR 9 and silver medallist at last year’s World Championships, as well as Dimitrij Ovtcharov (Germany) and Liam Pitchford (England).

Hugo Calderano (Brazil), who is WR 6, will be keen to make a big impact following his third straight success at the Pan America Cup. Ahmed Saleh (Egypt) qualifies as this year’s Africa Cup champion, while Quadri Aruna (Nigeria) enters as runner-up in the competition. Heming Hu (Australia) will be travelling to China as Oceania’s highest-ranked player.

Many of the star players taking part at the World Cups will also be going for glory at the 2020 ITTF Finals.

In the women’s singles, Chen Meng is on the hunt for a fourth consecutive crown, following successes in 2017 (Astana, Kazakhstan), 2018 (Incheon, Korea Republic) and 2019 (Zhengzhou, China).

She is part of a Chinese quartet, including Sun Yingsha, Wang Manyu and Wang Yidi. Meanwhile, Japan will be hoping to break the recent trend of Chinese dominance, with Mima Ito, Kasumi Ishikawa, Miu Hirano and Hitomi Sato aiming high.

Ishikawa (2014) and Feng Tianwei (2010) are both former women’s singles champions at the ITTF Finals. Meanwhile, there will be first-ever appearances at the event for Adriana Diaz and Petrissa Solja.

Please note that the player lists for the #RESTART events may still change due to extraordinary dynamics caused by the COVID-19 pandemic.