Born in the ancient town of Oyo, south west Nigeria, Quadri Aruna is the youngest child; his mother, Shakirat Aruna, a teacher.

He has become an ambassador for his country, continent and the sport of table tennis. 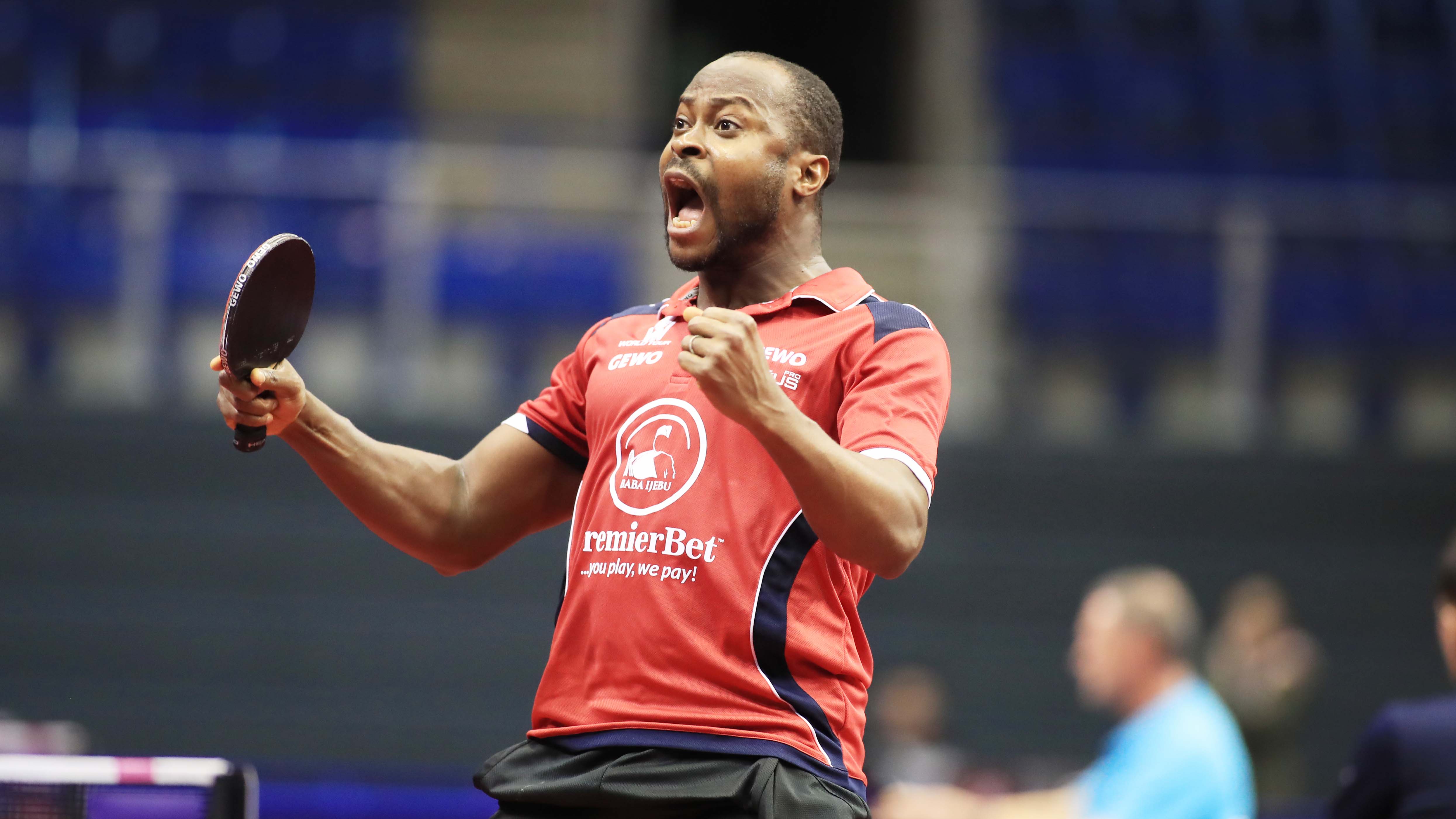 Children of teachers in Nigeria usually have it tough when it comes to academic performance with the society in general often expecting them to do far better than others.

Playing sport is out of it for most children of teachers as their parents somehow mistake any sporting streak with academic laziness. Such was the background from which Quadri Aruna emerged.

However, he was lucky; he enjoyed maternal support as a child watching proceedings in the Oyo table tennis hall.

A former player turned coach, Abolarin Oluwole, who is credited with discovering Quadri Aruna spoke about the humble beginning:

“I knew Quadri Aruna as far back as 1998 when he used to accompany his senior brother, Femi who was also a good player to the table tennis hall in Oyo. Their house was beside the hall and he used to peep through the door to watch us play but when I discovered he had interest in the sport, I started inviting him to the hall to play. I was then an undergraduate at the University of Ibadan and I used to assign him to be in charge of the hall whenever I was not around. He was trustworthy as he took great care of the hall for me.

Before I started training him I had to inform his mother who gave me the permission so he did not lag behind in his studies. He was very dedicated to table tennis and I saw determination in him. Whenever they were about to take examinations in school, his mother would come to inform me not to allow him to come around the hall.” Abolarin Oluwole

Shakirat Aruna added to the story.

“It was his senior brother that first started playing the game but when he started playing table tennis, I supported him too. The owner of the table tennis board, Oluwole, appealed to me to allow him to play. I agreed with the hope that it would not affect his studies. There was a time I had to caution Oluwole not to allow table tennis ruin my son’s studies not knowing that this is what will bring fame and fortune to him. I must say that Quadri is a promised child because nobody knew he would become famous with table tennis.” Shakirat Aruna

Quadri started primary education at LA School New Durban and later proceeded to Oba Adeyemi Grammar School in Oyo Town. He was outstanding in his studies.

A table tennis coach in Oyo Town, Isa Ayoola, who was also there for Quadri at the start of his career, said he was happy that his former player has excelled on the world stage.

“I never knew that Quadri could go far but I knew he was a determined player from the outset; whenever he lost a match he was fond of meeting older players to assess his performance and review his mistakes.” Isa Ayoola

Stardom and keeping it humble

Whether playing for his club or Nigeria, Quadri’s humble nature, graceful play and heartfelt acknowledgement of the crowd even in the most difficult moments of any match, continue to make him the table tennis aficionado’s delight as his fan-base steadily soars within and outside Africa.

Yet Quadri acknowledges the fact that he is a role model for many young athletes not just in table tennis but across all sports.

“I am conscious of the kind of impact I can have on the lives of a lot of people across the world. So for me, I ensure I remain positive and a good ambassador of my country wherever I find myself. All these successes mean I must redouble my efforts in training and continue to compete in major competitions across the globe. I will not be carried away by my profile. I’m humbled by it and remain focused on maintaining my status in the global rating.” Quadri Aruna

Giving back to society

Success and fame come with expectations and responsibilities towards family, friends, acquaintances, even complete strangers, especially young people. In this way Quadri has also been a sterling example on several fronts.

“I can say that God specifically placed him in this family as a helper. As my last child, he has been helping the family since he moved to Europe and I can say that he is our breadwinner. He is a generous child who never looks back when giving. Annually he supports people in Oyo during festive periods. During the lockdown necessitated by COVID-19, he supported many families with palliatives.” Shakirat Aruna

Apart from supporting his family, Quadri also extends his generosity to junior players across the country with over 20 of them being supported by the Oyo State-born athlete. Quadri also supports the Save our Souls (SOS) Homes and Children’s Hospice in Lagos with food items and household goods.

“For us Quadri is a good example for the upcoming players and he has been supporting us Oyo with equipment. He now kits more than 12 budding players in Oyo town alone. He is very generous to us. We see him as our ambassador,” Abolarin Oluwole

Meanwhile, Quadri pledges to do more.

“I may not be open or loud about it but I know a lot of people are aware of my support to Nigerian players at home. I have assisted some of them to secure contracts with clubs in Europe and this for me is my own contribution to the sport. Even off the table, I relate with some of them and share my life experience with them because I did not get to where I am today by just dreaming about it but by the Grace of God. I also worked hard to get here. You must also believe in yourself and these are some of the qualities I hope people, especially the youth, can pick from me.” Quadri Aruna

A rare gem in the table tennis firmament

“Aruna is humble and has this hunger to be the best. Most top athletes have these qualities but in Quadri I found a player who had an extraordinary amount of belief that he would make it to the top and become a national team player.

Every time he lost in our events he came back stronger. He is always willing to put in the work to learn and better himself across all spheres. Table tennis, school and life, he wants to keep improving. He wants to know how he could improve himself all the time. He always bounced back from every setback and never got carried away with his success. He may not be the most talented athlete of his age group but he is the most determined.

There is no shortcut to lasting success. Patience, hard-work, discipline and respect for your sport and your body allied to talent will lead to the top. Quadri is at the top table of world table tennis now coming a long way from Oyo. It is because he had managed to stay true to those simple qualities. Bouncing back every time you fail and keeping your focus on the prize is the way to success.” Oshodi stressed.” Wahid Enitan Oshodi