Having analysed the global entertainment market and liaised with all stakeholders, World Table Tennis (WTT) is introducing a brand new event structure, which will provide a much more modern experience for professional table tennis players, fans, broadcasters, cities and sponsors.

In an exclusive interview with Sportcal from his home in Sydney, WTT Events Strategy Director, Stephen Duckitt provides in-depth insight and updates on the event hosting situation across the different tiers of the exciting event pyramid launching in 2021. 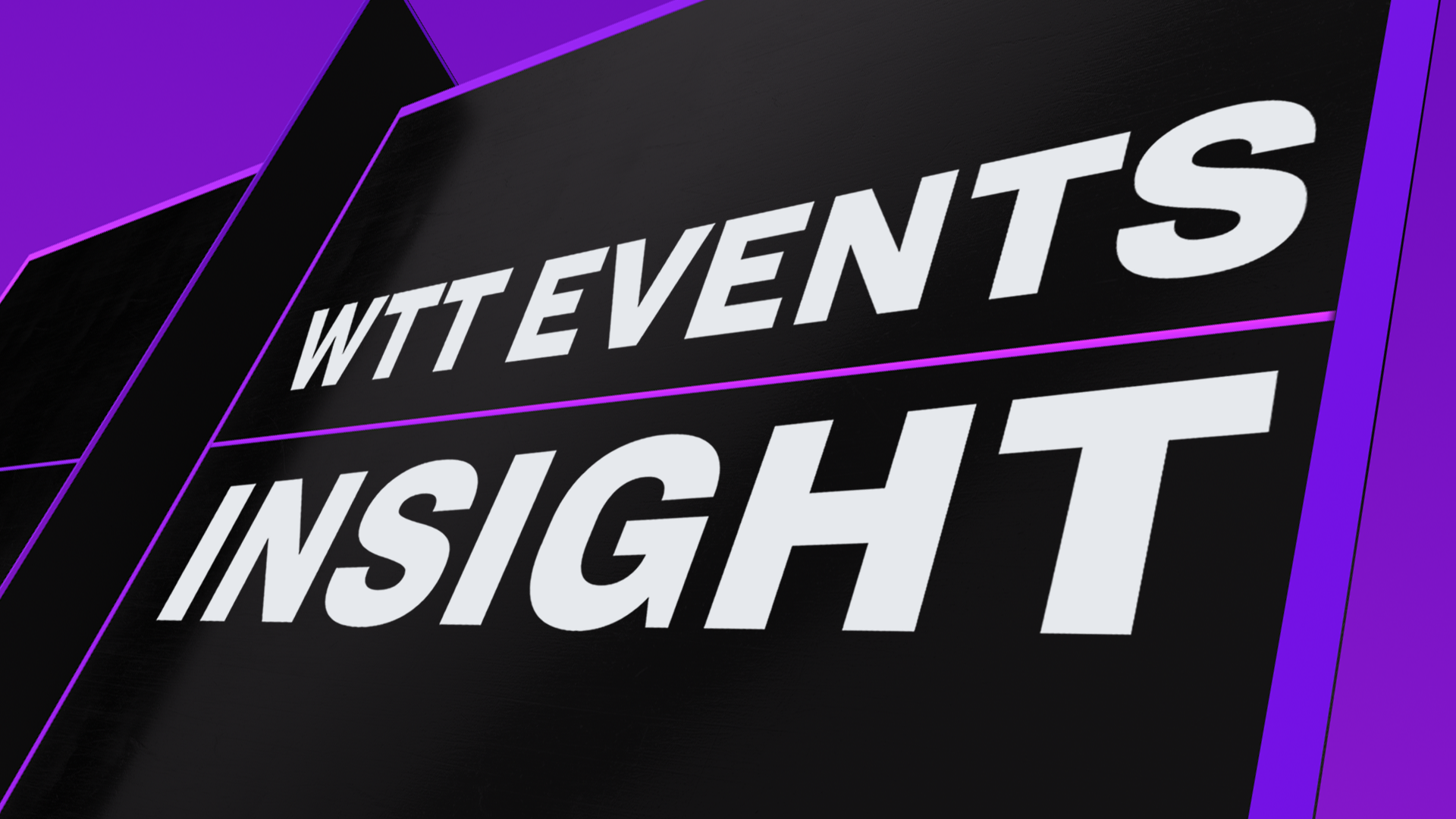 The new pinnacle of professional table tennis. Up to four Grand Smash events will be held per year, in which the top players on the planet will compete for the highest prize money that the sport has to offer and put on a spectacular show that will send waves across the sporting world.

The Grand Smashes are the perfect mix of the highest-level table tennis, community activation and entertainment. These are the marquee events that all players want to win, all cities want to host, and all fans simply cannot miss!

The Grand Smashes will be to table tennis what the Majors are to golf and the Grand Slams to tennis: permanent homes that will act as pillars of the sport’s calendar.

“We want to create the Grand Smashes into long-term, traditional homes for our major table tennis events. We’ll work with the hosts to build dedicated table tennis facilities that are the best for the sport and create a festival of table tennis, just like Wimbledon, the Australian Open or the US Open in tennis, where you will have a mix of top-level table tennis and all the peripheral events going on around them.

“In table tennis of the past, there has not been that clear structural calendar, with events being confirmed on an annual basis and dates and cities moving around to fit all the jigsaw together. What we are doing now is building the sport strategically by having our Grand Smashes as the pinnacle in permanent homes and build a legacy there. So, you know that, for example, the first two weeks of March is when the first Grand Smash of the WTT calendar year is, and you can build all of your marketing and promotion around each of those four pillars.”

As traditionally the leading continent in table tennis, Duckitt admitted it was “logical” for two Grand Smashes to be staged in Asia, with one likely in Europe and the other in either Oceania or the Americas to ensure geographic spread. He revealed that four cities in China had submitted bids to stage a Grand Smash, while 15 cities in total from the country had expressed interest in hosting WTT events.

The perfect platform for all professional table tennis players to showcase their skills and excite fans across the globe: the WTT Series is split into three tiers to give all the athletes adequate events to play in and enable fans from all corners of the world to watch their idols in the flesh.

The WTT Champions Series will consist of up to four men’s and four women’s events per year, exclusively for the 32 highest-ranked players in the world. The events will take place throughout the annual calendar and culminate with the top 16 players from the table tennis world rankings earning a berth at the WTT Cup Finals in early December.

The WTT Champions Series will be played on one table to deliver world-class entertainment and TV production in unique venues.

“The WTT Champions Series will be single table events, so we can do things a bit differently. They are ideal for more unique locations, such as casinos or bars or movie theatres. The aim is to move table tennis away from the traditional sports hall environment.

“This really needs to be a sportainment product. Yes, it will have table tennis at its core, but we want to be building a schedule that has DJs, cultural performances, comedians. Basically, everything that you would not expect at a sports event.

“We want to position it as something unique on the table tennis calendar, just like darts or rugby sevens do – make it an event that people want to be at, snap it and post it on Instagram.”

With separate women’s events, the aim is to elevate the women’s game to unprecedented heights and create a platform to build up female players’ personalities.

The WTT Contender Series consists of mixed male and female events split into two tiers, the WTT Star Contenders and WTT Contenders, and are aimed at up and coming table tennis players.

With six events per year, featuring 48 men and 48 women, the WTT Star Contenders are for the next best in the world aiming to push themselves into the WTT Champions Series, adding a competitive edge to the field.

Hosts of WTT Champions and Contender Series events are expected to be semi-permanent, albeit Duckitt noted:

“We are open to those moving if whatever happens in the market forces changes, just like events move on the Formula 1 calendar.”

Up to six annual Star Contender and 14 Contender tournaments will be played in traditional sports venues and feature any ranked player who decides to enter with marquee players choosing to compete at a tournament on home soil or at a Contender Series event of their choosing.

WTT will hold all tournament licenses, with cities or promoters paying a hosting fee. Those hosting agreements will be reviewed on an ongoing basis in order to ensure they are, as Duckitt noted, “commercially successful, well-attended, well-marketed events to build the table tennis market and help grow the sport.”

One male and one female event to finish the year in style, the WTT Cup Finals will feature 16 of the world’s best players in the singles and top eight doubles pairs.

The WTT Cup Finals will create interactive access to superstar athletes in unique, interesting and intimate venues and locations. These could be bars, theatres, nightclubs, iconic buildings or locations showing off a city’s attributes and vibrancy.

Duckitt anticipates a traditional competitive bidding process for the WTT Cup Finals and expects host cities to ideally sign five-year contracts, before the tournament moves on to another location. WTT will consider one city hosting both the men’s and women’s finals.

The new WTT structure is very similar to that used in tennis, with the four Grand Slams dotted throughout a calendar that comprises tiered-tournaments and ends with the ATP and WTA Finals.

This is familiar territory for Duckitt, who boasts more than 15 years of corporate global sports industry experience, including management and marketing of top international tennis events on the ATP World Tour and WTA International Series.

“The biggest thing when I joined WTT, looking at table tennis as a consumer of sport, was I didn’t understand all the machinations of how the sport works.

“The one thing that was driven into me when I was at the ATP was you have got to tell the story of the sport and that is what this new structure is designed to do. We want to be able to clearly articulate to fans, broadcasters, sponsors and the players what the season process is, what the journey is.”

There are, however, notable differences with the structure of professional tennis, which give WTT greater control over the make-up of the calendar.

“All of the events are WTT events whereas in tennis you have got the Grand Slam committee running the Grand Slams, the ATP running the men’s tour and the WTA running the women’s tour. The big advantage for us is that everything is in-house and we can create a consistent feel across our events.

“That then mixes in with all the other activities within the table tennis family: the continental events, the Olympics, the World Championships. It is a more cohesive calendar to tell the full story of table tennis, and we are leading that storytelling.”

When the bidding process was launched in March, over 40 cities from all corners of the globe have shown interest to host WTT events at all tier levels of the WTT event structure.

Interested parties may continue to submit their expression of interest or contact WTT to discuss joining the other cities in the running to host a WTT event in 2021 and beyond.

“Since we opened the bidding process, the world has been completely turned on its head, so we have had to reassess the situation. I think we’ll likely roadmap through to 2023/24.

“We have had a couple of cities that have said they definitely want to host an event in 2022 because 2021 is just too tight. So at least there is that demand there to host event. Whether they get up and running in 2021 or 2022 will be part of all these ongoing discussions.”

The first batch of hosts for the first six months of 2021 are expected to be unveiled in the next four to six weeks.