Present earlier in the year in February at the Universal 2019 ITTF Pan America Cup in Guaynabo; Guatemala’s Lucia Cordero is very much the hope of Central America at the forthcoming 2019 El Salvador Junior and Cadet Open.

Play commences in the capital city of San Salvador on Wednesday 14th August.

Crowned junior girls’ singles champion at the 2017 Central American Championships and then one year later the women’s singles winner. Lucia Cordero is the name to note.

Moreover, she has a particular liking for the ITTF World Junior Circuit tournament in El Salvador; in 2016 she was the cadet girls’ singles runner up and a junior girls’ singles semi-finalist, one year later in 2017, in the latter event, she was the silver medallist.

The two El Salvadorians provide the biggest challenge to Guatemalan hopes in the junior girls’ team and junior girls’ doubles events, they are the no.2 seeds.

It is for Alve Sjoeveld a major opportunity to gain an international title as it is for Chile’s Sofia Perez; she is the top seed in the cadet girls’ singles event ahead of Peru’s Alejandra Prieto, El Salvador’s Cristina Machado and Fernanda Araneda, also from Chile. All have yet to make their mark on the international stage.

Furthermore the name of Sofia Perez appears at the top of the order in the mini cadet girls’ singles; she is listed ahead of Brazil’s Beatriz Fiore. Meanwhile, in the mini-cadet boys’ singles, Nandan Naresh of the United States and Sweden’s Elias Sjögren are the respective two names.

Play commences with the team events. 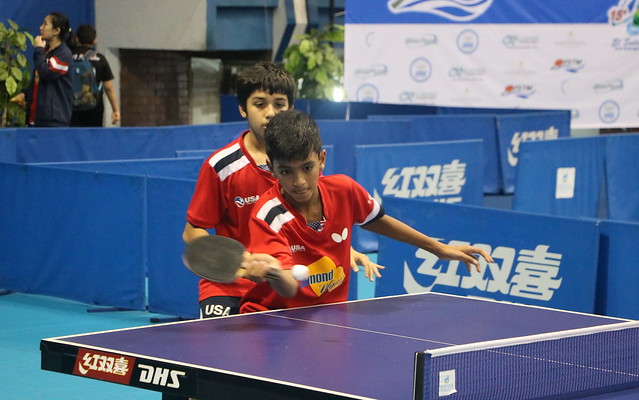