The need for evolution 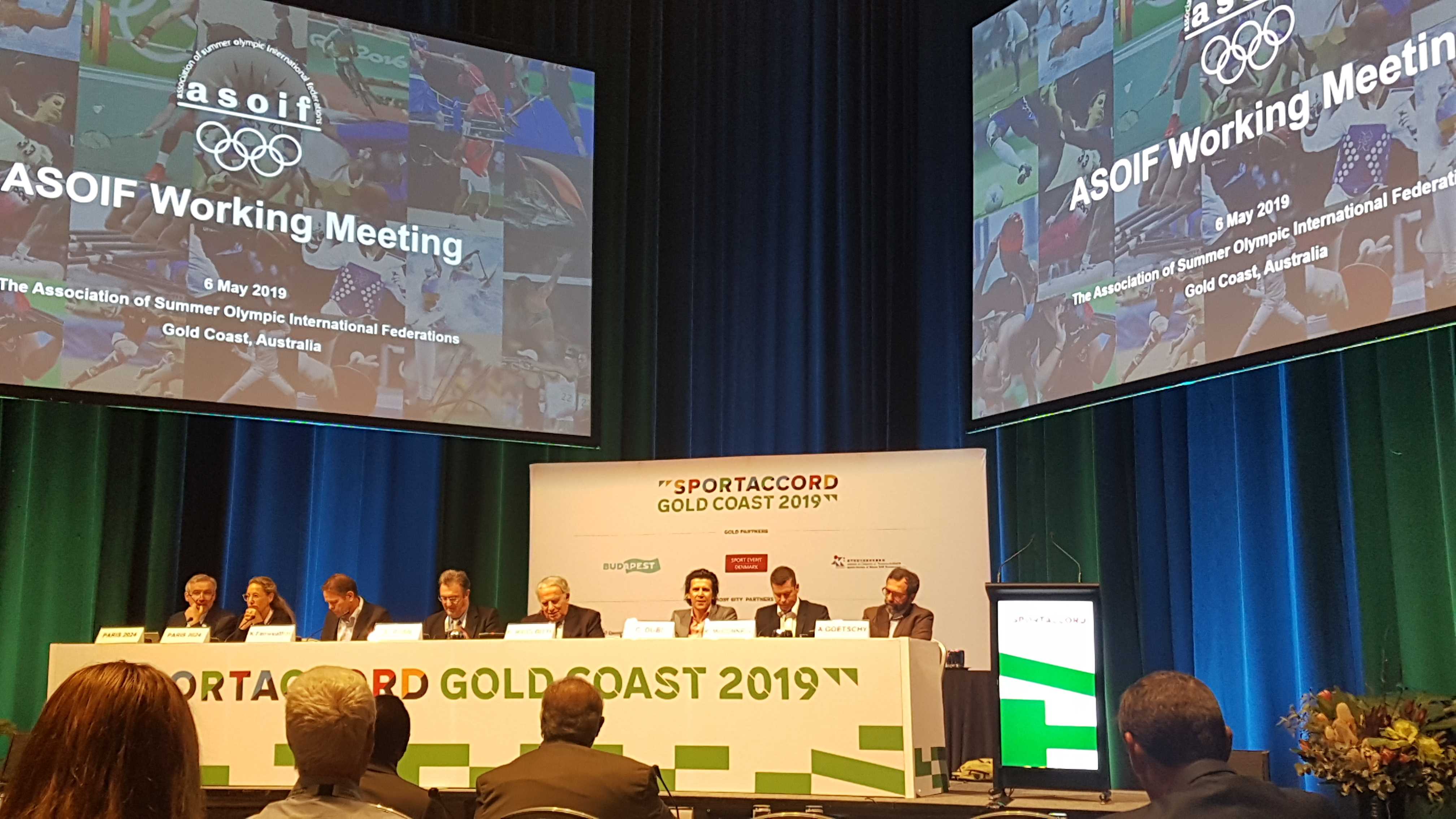 For one more year the ITTF has been present at the SportAccord Convention – the world sport and business summit, focused on driving positive change internationally and dedicated to engaging and connecting international federations, rights holders, organising committees, cities, press and media, businesses and other organisations involved in the development of sport.

This time, the ITTF had three delegates on site: our President, Thomas Weikert, our Secretary General, Raul Calin, and our Marketing Director, Matt Pound. They kept our CEO, Steve Dainton, updated on the different meetings this week, and we decided it was good to share with our membership the key outcomes.

Probably the pinnacle of the Convention was, once again, the ASOIF General Assembly, which was held on Tuesday 7th May.

ASOIF is the Association of Summer Olympic International Federations, the group of the “core” 28 IFs present in the Olympic Games.

During the GA, its President, Francesco Ricci Bitti, and its Executive Director, Andrew Ryan, talked about the impressive impact the report “FUTURE OF GLOBAL SPORT” issued on 28th February, has had around the world of sport.

You may remember that already on 6th April our CEO shared with you the report and also an article that appeared in SPORTCAL.

During the two months since the report was released, there have been many discussions among the International Federations, and there is a clear consensus on a few points, already mentioned on the “Executive Summary” of the report:

Thus, when three delegates at our AGM questioned some of the decisions taken by our Executive Committee in regard to good governance measures, probably the best answer we can give is asking them to read the ASOIF report.

Hence, the idea of establishing World Table Tennis, as a vehicle to drive the ITTF commercial interest in the future, can be considered as one of the pioneering initiatives in this respect. It fits perfectly with what the global sport leaders are suggesting.

Skeptical about TTX? Consider it as the perfect door for the ITTF to discover, engage and attract future table tennis fans and players.

But there is much more. When digging on the report, you can see specific sections for the different areas which you could already see in the ITTF Strategic Plan launched in May 2018. To just mention a few:

Governance (the first of our five strategic priorities)

So yes, it is time to accomplish the second phase of our Constitution review and, certainly, put the athletes higher in the agenda. The ITTF will be approaching their members in the coming months with some proposals.

Entrepreneurialism (implicitly part of our fourth and fifth strategic priorities)

Back to the report of ASOIF, it is quite “symbolic” that the page 40, speaking about the recommendations for a Well Governed Entrepreneurial IF, features our sport in the picture.

Furthermore, it is good to mention that, during his speech, Andrew Ryan quoted this sentence from Simon Morton, COO of UK Sport:

If NFs and IFs don’t assert themselves, then business will naturally move in. They have to think more like businesses. A protectionist approach is not going to provide a solution. Federations cannot rely on an historical entitlement to regulate sport simply because they have a wider social objective. Their leadership position has to be earned in the face of commercial challenge.

And if we reflect on the recent actions that our AGM, BoD and EC have accomplished in the last two years:

Besides the formal General Assemblies of ASOIF, GAISF and IMGA, our delegates had numerous meetings with different cities, regional and national representatives present in Gold Coast, as well as with some technology companies and partners.

All in all, a productive week where the ITTF also shared with the colleagues the progress being made and actually was referenced by ASOIF leadership at their GA.

Well, another of the enthusiastic projects the ITTF in embarking on is seeking the global Home of Table Tennis. A place where the ITTF staff works under the same roof, connected with a training hall where the High Performance Director can work daily with talents from different corners of the world, and then returning to the offices to seat and discuss planning of the calendar with the Competition Director and the Marketing Director. Identically, the ITTF is thinking of establishing an I+R area, where we can bring in-house all the expertise on the different materials, racket coverings, balls, nets, tables, flooring, etc.

A center of knowledge, a center of investigation, helping the ITTF to better position itself for the future in the ever more competitive global sport field.