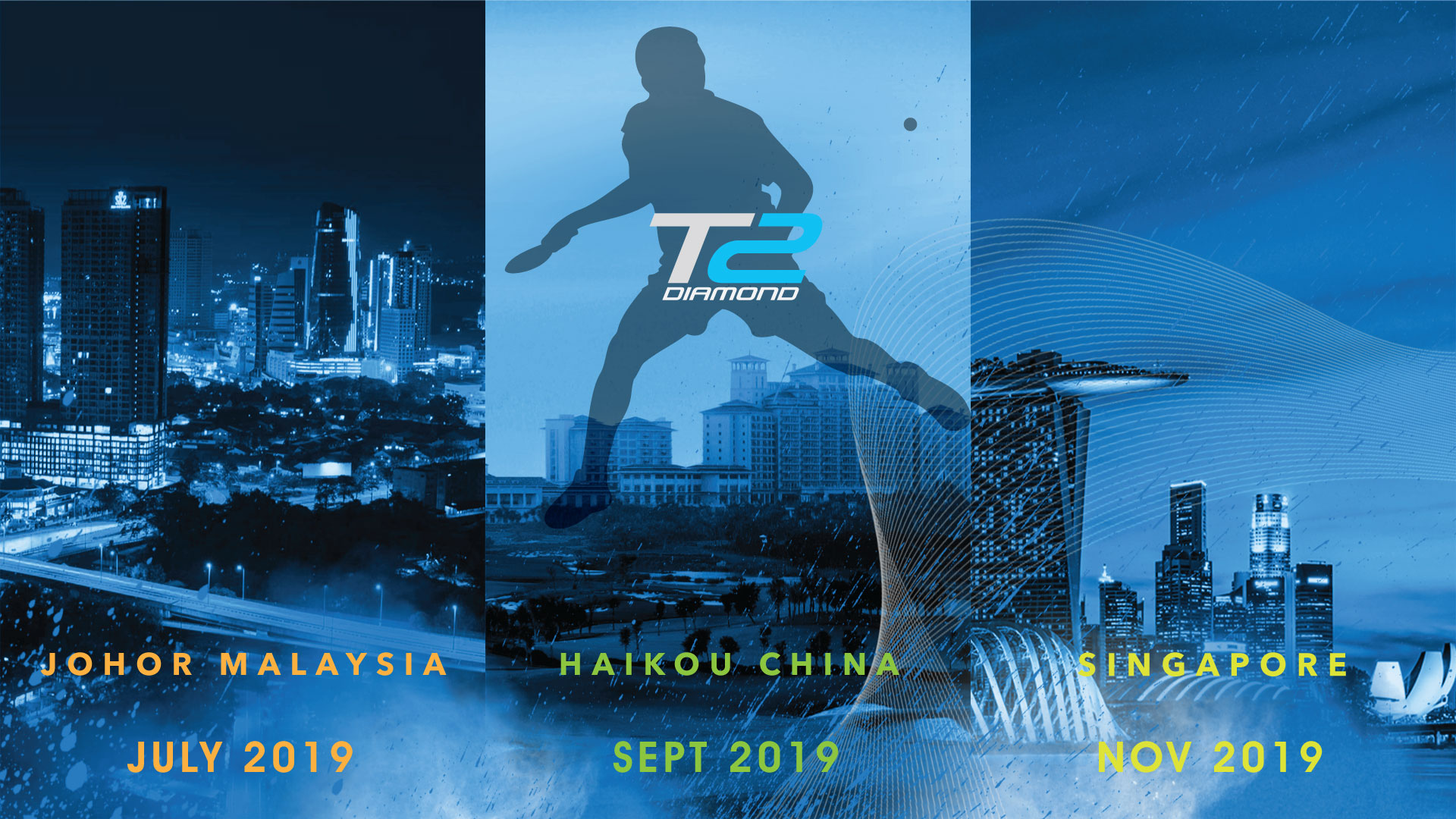 In its second season, the prestigious T2 Diamond, organised in collaboration with the International Table Tennis Federation (ITTF), features 32 of the world’s best men’s and women’s players, a total prize purse of USD 1.5 million, and a progressive competition format that aims to amplify the appeal of table tennis across regions, with the Host City Selection Process as one of its main strategies.

The refined and polished T2 Diamond will start at the very place where the journey first began. The opening event in July will be held in Johor Bahru (Malaysia), the city which successfully hosted the inaugural season in 2017. Then, Event 2 in September will take place at Mission Hills Resort, in the iconic city of Haikou on the island of Hainan, while the season-ending showpiece in November will be hosted in T2 Diamond’s headquarter city of Singapore.

The unparalleled competition which awards bonus World Ranking Points to all competing players is poised to shake up the table tennis scene prior to the Olympic year. With only two more ITTF World Tour events (Qatar Open in March and China Open in May) before the qualification cut-off for the first T2 Diamond event this year, it is a sprint for players to rise to the top of the ITTF World Tour standings. Substantial focus lies on promising players taking part in T2 Diamond, which are expected to bring significant value to the host cities.

“We are ecstatic with the level of interest from distinctive partners and cities, and would like to acknowledge their creative vision and collaborative passion to develop the event within their existing local ecosystem. We want this to be a revolutionary chapter in T2 history and we are pleased to have Johor Bahru, Haikou and Singapore to be a part of that.

“We want to prove that it is possible to build prestigious, commercially viable professional sports events that make optimal usage of existing assets within the host cities. We look at moulding the T2 Diamond concept to fit uniquely into each of the city’s long-term goals to both increase the opportunities for sports tourism and community engagement through sports within the city, and to develop the global attraction of table tennis.”

“We hope to see that the T2 model will prove to the market how best to commercialise table tennis. At the ITTF we are flexible and open to new ideas of taking the sport to a new level and success for the T2 events would demonstrate that there is a much better chance for table tennis to grow as fast as we’d like.”

Further details of venues in each host city will be announced in the coming months.

The International Table Tennis Federation is the global governing body of Table Tennis. Affiliated to six Continental and 226 National Associations, the ITTF coordinates over 100 international events per year and has long been represented at both the Olympic and Paralympic Games.

In accordance with its Strategic Plan, the ITTF is fully committed to growing the sport in five key areas: Organisation & Governance, High Performance & Development, International Events, Promotion and Revenue.

Find out more about the International Table Tennis Federation at ITTF.com.

T2 Diamond is the most prestigious series of annual professional tournaments organised in collaboration with the International Table Tennis Federation.  T2 Diamond 2019 will feature 32 of the world’s best men’s and women’s players competing across three tournaments for a combined prize purse of USD 1.5 million and bonus ITTF World Ranking points as they battle their way to 2020 Tokyo Olympic qualification.  The revolutionary tournaments employ a unique competition format and various other innovations that catapult table tennis into a truly entertaining spectator sport.

Headquartered in Singapore and with offices in Shanghai, Tokyo and Chicago, T2 is committed to unlocking the true commercial potential of table tennis by expanding its appeal to a much broader audience base.