Iran looks forward to prosperous New Year and beyond

A successful year concluded for the Table Tennis Federation of the Islamic Republic of Iran; now the west Asian country looks forward to 2019.

Recently from Friday 21st to Monday 31st December, a training camp for players aged eight to twelve years of aged was staged; proceedings concluding with a one day tournament.

Looking back; notably in 2018 at the Asian Games in the Indonesian capital city of Jakarta, Noshad Alamiyan emerged the Men’s Singles bronze medallist, a most worthy effort.

Meanwhile, amongst the younger players, on the ITTF World Junior Circuit, Amin Ahmadian won the Junior Boys’ Singles event in Tunisia; in addition, in Junior Boys’ Team events, lining up alongside Amirreza Abbasi, Arya Amiri and Hamid Shams, a bronze medal was secured at the Asian Junior and Cadet Championships in Myanmar as well as seventh position later in the year at the World Junior Championships in Bendigo, Australia.

Now with role models for a new generation to epitomize, staged in the country’s capital city of Tehran, overall 30 players from Iran attended the end of year Training Camp in addition to eight aspiring young hopefuls from Azerbaijan and five from Qatar.

Head coach for the girls was Fatemeh Keyvani, she was present alongside colleagues Iranian colleagues Zahra Niyaghiha, Fatemeh Mohaghegh, Parvaneh Karami and Maryam Dehghan, in addition to Azerbaijan’s Gulnar Ibrahimova.

Matters concluded with a tournament conducted in a most convivial atmosphere, very much friendship and smiles proved the order of proceedings as the coaches watched and monitored matches that involved Boys’ Singles, Boys’ Doubles, Girls’ Singles and Girls’ Doubles events.

Overall a most successful venture and one that undoubtedly bodes well for the New Year and beyond. 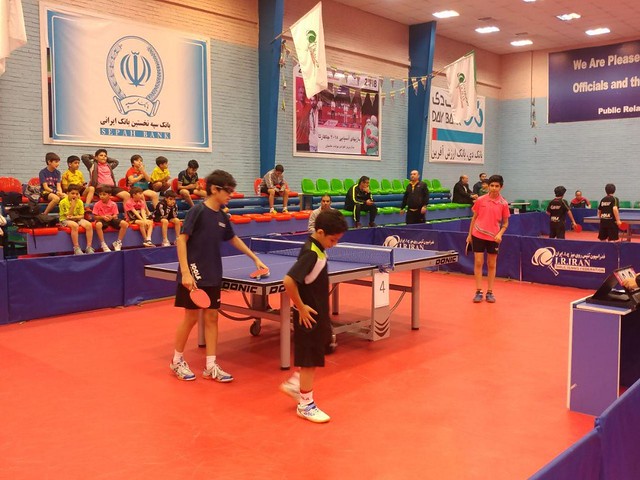