Staged in Bogota from Thursday 29th to Wednesday 5th December, Colderportes, the national government centre for sport in Colombia, was the venue for a South American Regional Training Camp for cadet and junior players.

A valued member of the Cuban National Women’s Team in recent years, Lisi Castillo is somewhat a new face in the coaching sphere; she greatly valued the experience; likewise Pablo Quiñones was most positive.

“For me it was such a great experience, I must thank the Ecuadorian Federation and the Guayaquil region for allowing me to learn from experts of international stature.” Pablo Quiñones

It was very much the same response from Diego Rodriguez; like Lisi Castillo moving from the ranks of player to coach, in recent times on duty on the international stage for Cuba.

“It gave me great satisfaction to be in direct contact with experts from the International Table Tennis Federation and the Latin American Table Tennis Union. I am very grateful and motivated to pursue a career as a coach, now I have very high expectations for my players.” Diego Rodriguez

Everyone responded in a positive manner, a tournament concluding proceedings, the winner being Julian Ramos, the player who won the Men’s Singles title earlier in the year at the Colombian National Championships. An impressive young man, similarly, Ecuador’s Diego Piguave alongside Carlos Quiroga the host’s Juliana Rodriguez caught the eye.

Notably Carlos Quiroga received a Slovenian National Team shirt from Andreja Ojstersek, a present that brought tears to his eyes. Furthermore, earlier this year in late October Juliana Rodriguez was a member of the Latin American Girls’ Team at the ITTF World Cadet Challenge in Tottori, Japan. Also in May at the Canada Junior and Cadet Open, partnering Chile’s Macarena Montecino, she was a Cadet Girls’ Team silver medallist. The result is she has been named the nation’s best table tennis player of year. She will receive the award on Tuesday 11th December, at a presentation evening organized by the Colombia National Olympic Committee.

An intense schedule but there was time for culture, on the afternoon of the sixth day, the group visited the Salt Cathedral of Zipaquira, an underground Roman Catholic church, built in the tunnels of a salt mine 200 metres below ground level.

Proceedings concluded with an exchange of playing shirts and most importantly new friendships formed. 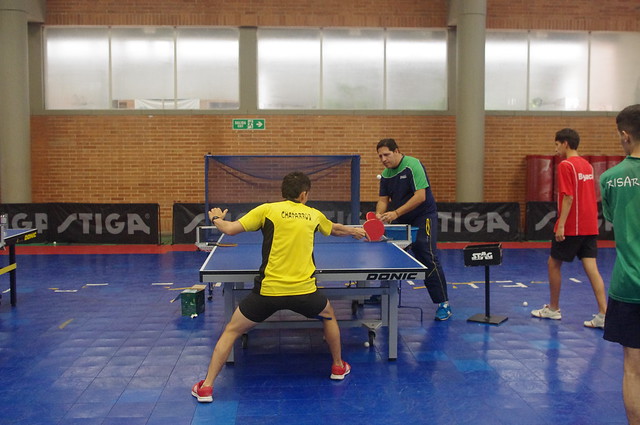