A flight to Shanghai, the destination the China Table Tennis College, the goal to increase knowledge; such was the recent venture for a young aspiring Belgian coach.

Organised under the direction of the Mentorship Programme administered by ITTF High Performance and Development, Carlo Agnello was present from Sunday 11th to Sunday 18th November; the focus of attention being the “passive game”.

During the week he studied closely the work of Du Peng, Zheng Chaoying and Cao Ziwei as they coached the young boys, for the girls he followed the example set by Li Nan, Huang Xiaojun, Chen Cheng and Cheng Lixian. Throughout Liu Ruizhi, the head coach in the role of mentor, administered matters, arranging a schedule which proved more than ideal.

State of the art premises, accommodation next to the training hall, true to the best Chinese traditions both facilities and organizational matters were the height of perfection.

“Specific preparation started in August 2018 for my topic, the passive game. I prepared questions which were discussed with my mentor Liu Ruizhi in advance and brought to the attention of the coaches at the centre.” Carlo Agnello 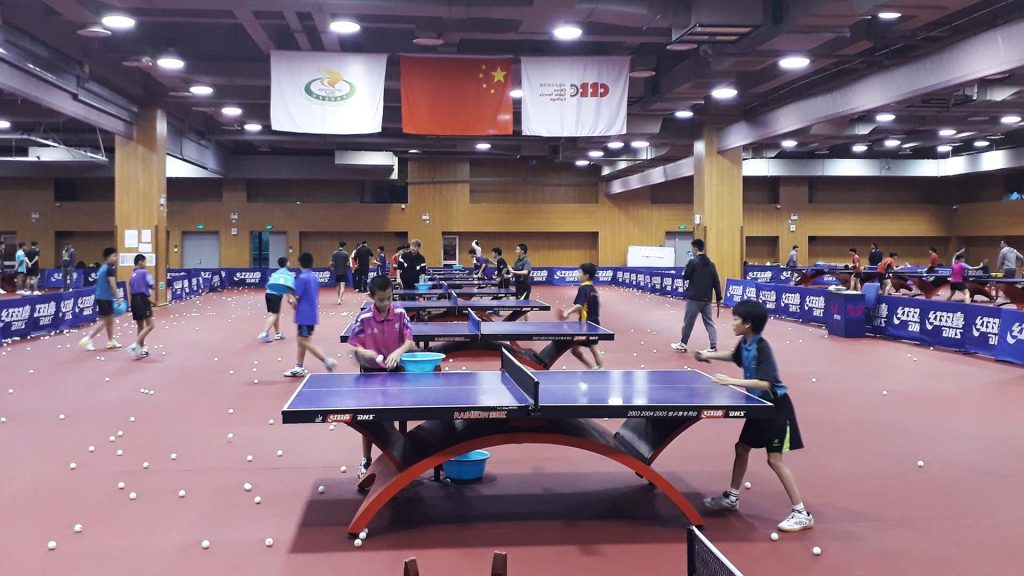 A training session in progress (Photo: courtesy of Carlos Agnello)

During the week, Carlo Agnello was able to watch various groups of players in action. He witnessed cadet boys, under 13 boys, cadet girls and a group of students demonstrating their skills. Furthermore, although the “passive game” was the principal topic, he was able gain more knowledge on the subject of the short game, techniques, tactics and in general the approach to coaching in China.

“Carlo Agnello is really a promising coach; he worked very hard during his stay in China Table Tennis College. I believe he is the most serious of the three coaches that has visited the college through mentorship programme. He had a good level of knowledge on the passive game in Europe and was well being prepared when he arrived. He came to the training hall every day, he was very modest, listened to each coach, kept asking questions and was making notes all the time.” Liu Ruizhi

Very quickly Carlo Agnello felt at home, integrated into proceedings, each session he followed the work of a specific training group and thanks to the translation services of Liu Ruizhi was able to ask detailed questions; when translation was not available, hand gestures and simple English provided the solution.

“Of course, this was a truly great experience for me as a coach. I think European coaches cannot copy the Chinese system. I think this wouldn’t work in Europe as it works in China. I also discussed this topic with Shi Zhihao during my week in China. I do think that the level of knowledge about table tennis is the highest in China and therefore I think it is my role to integrate certain aspects into our philosophy about table tennis. Thus we create our own style, using the experience and knowledge of Chinese coaches. I will for sure organize a session for coaches in Belgium to inform them about my work in China and give them my ideas on this topic.” Carlo Agnello 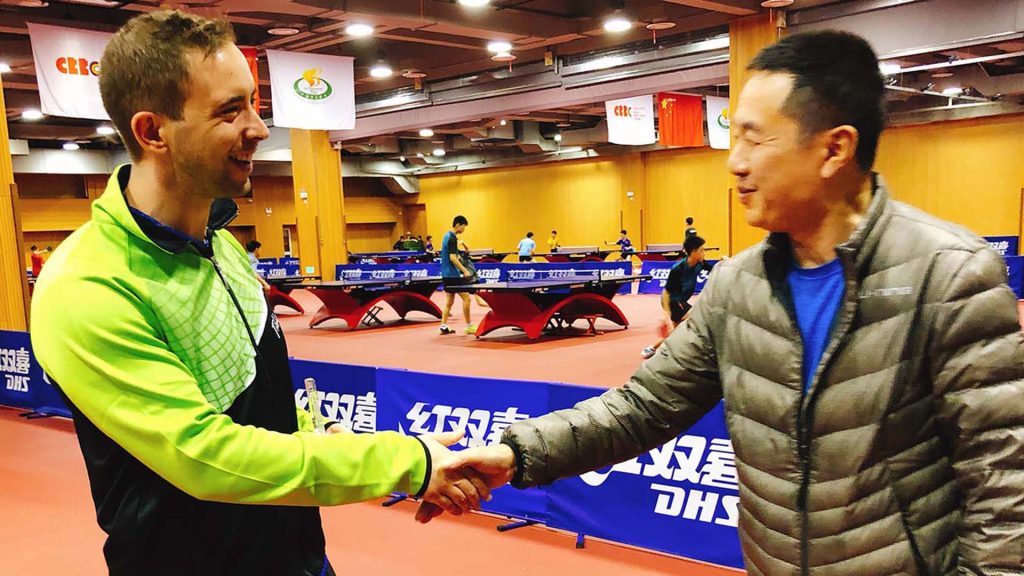 A most valuable experience and on returning home produced a detailed report which reflected the admirable shown during the visit.