Highlight of the annual series of events organized by the Luxembourg Academy of Sports Medicine, Physiotherapy and Science, the first international table tennis congress, linking practice and science was recently staged.

The itinerary commenced on Friday 23rd November and concluded on Saturday 24the November.

Locally matters were directed by Eric Besenius from the Sports Medicine Research Department of the Luxembourg Institute of Health, presiding over the meeting was Professor Axel Urhausen, MD, PhD a highly respected scientist and leading member of several prominent organisations in Luxembourg, including the Olympic Medical Centre.

“Focus was put on the following topics, both from a practical and a basic knowledge point of view, with the challenge to close the loop between practice and science: technical skills and biomechanics, injury prevention, performance, game analysis and new aspects.” Eric Besenius 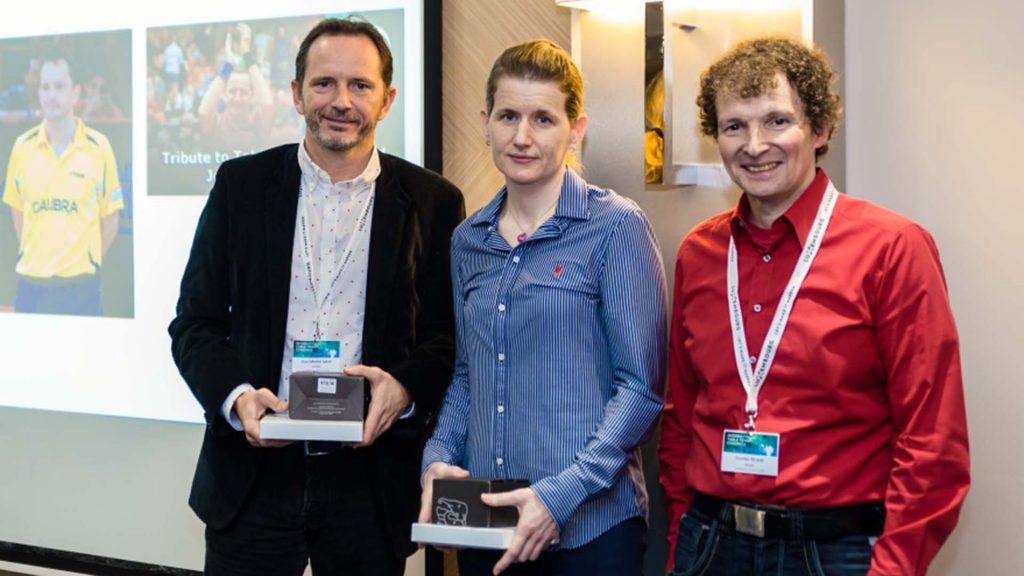 Jean-Michel Saive (left) and (centre) Tamara Boros were most welcome in Luxembourg, as was (right) journalist Günter Straub (Photo: courteous of Eric Besenius)

Notably present for the occasion was Belgium’s Jean-Michel Saive alongside Croatia’s Tamara Boros, both personalities with a wealth of experience and always prepared to share their extensive knowledge at what proved a most well attended gathering.

“This was the perfect occasion to learn, discuss and network with colleagues and specialists from the world of table tennis.” Eric Besenius 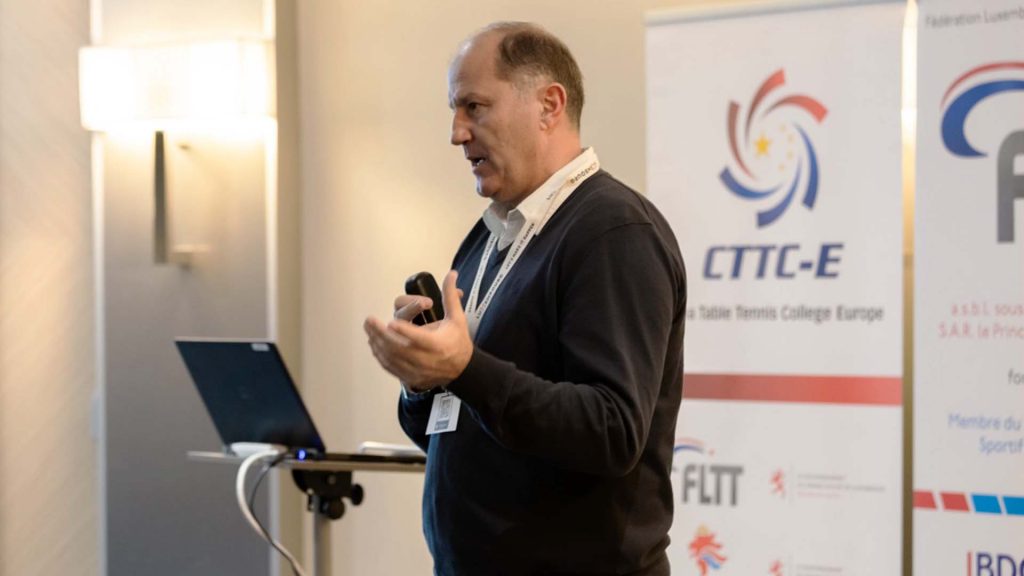 In front of Tokyo Olympic and Paralympic Games