Winner one year ago in Liège, Germany’s Dimitrij Ovtcharov kept his hopes alive of retaining the title, on the evening of Saturday 20th October, 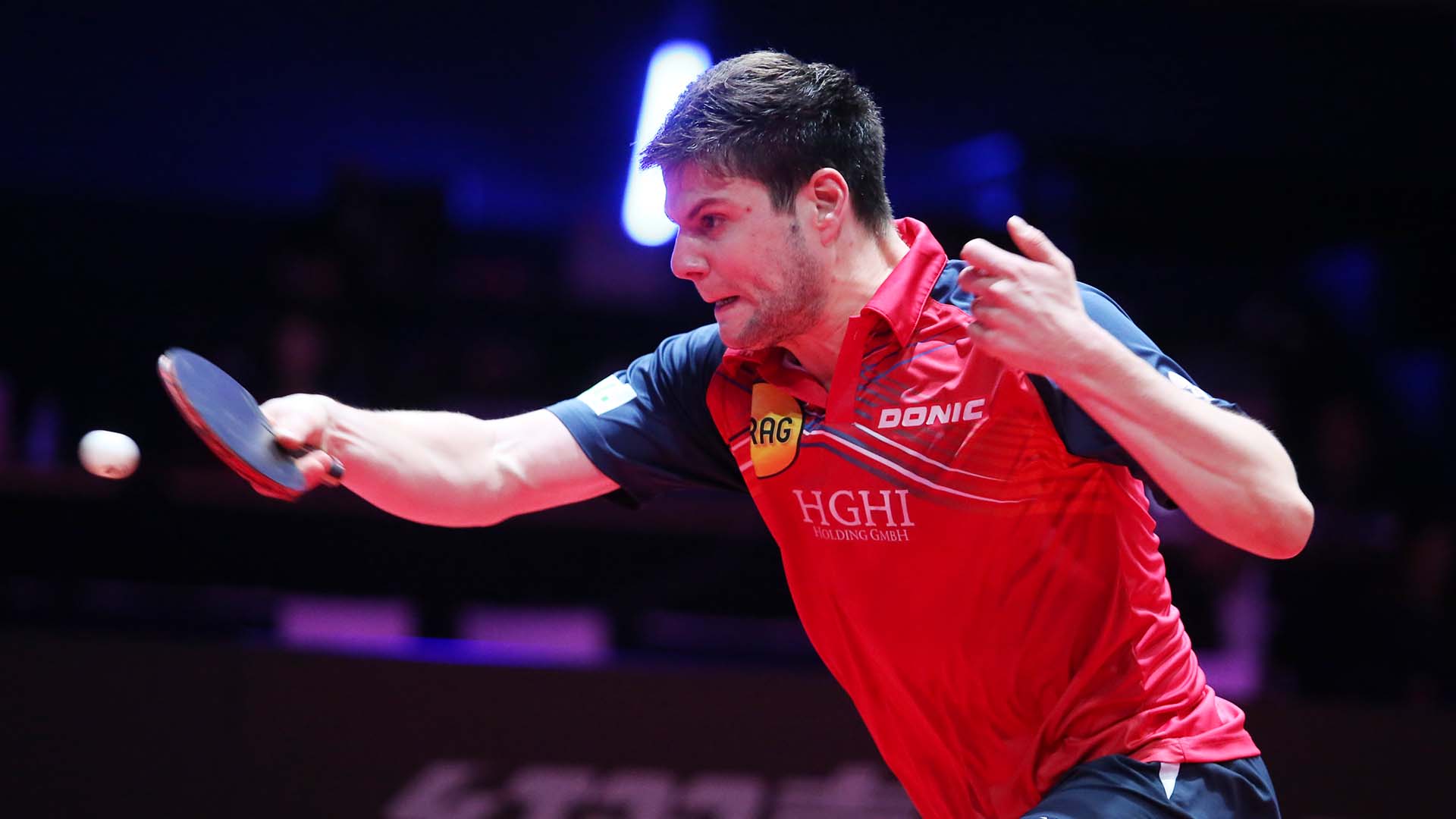 A good start, Dimitrij Ovtcharov could not have made a better start, he went ahead 9-2, Lee Sangsu never at the races in the early part of the contest, adapted; he reduced the deficit to three points at 9-6. Jörg Rosskopf, German national team coach sitting courtside, somewhat surprisingly, called “Time Out”. It proved a wise move.

Trailing by two games to nil, Lee Sangsu adapted, prepared to use the backhand attacking option, he found rhythm to his play; he secured the third game after leading 9-7, holding one game point at 10-9 and saving one at 10-11, before winning a close fourth and then more comfortably the fifth.

“It was very tough. I think I had a lot of chances, then he got too strong in the middle of the match. It was very hard to play a second match finishing four-three in the same day. There were many good points and Lee played very well. When I was down two-three, I actually didn’t change any tactics but just tried to keep pushing. It’s a pleasure to play in front of a full crowd, especially in France where there are many table tennis fans. I hope that in future we will have more events with the same atmosphere.” Dimitrij Otvcharov

Otherwise, it has always been victory for Dimitrij Ovtcharov; earlier on the ITTF World Tour he had won in 2008 in Singapore, in 2011 in the Korea Republic and in 2014 in Qatar. More recently earlier this year Dimitrij Ovtcharov had prevailed when they confronted each other at the ITTF Team World Cup in London; in Paris he won again