A long journey but most worthwhile, on Sunday 10th June at the 2018 Spanish Para Open in Sant Cugat del Valles, Thailand emerged the most successful nation on duty as play came to a close in the team events.

Rungroj Thainiyom and Charlermpong Punpoo emerged as the winners of Men’s Class 6-7; a win the was to be anticipated; they started matters as the top seeds; however, the other successes were somewhat of a surprise.

Similarly in Men’s Class 5 it was success for Thailand against the odds. Jedsada Yadyangdeang and Niyom Natchal emerged victorious; at the final hurdle they recorded a two-one win against the top seeded combination of Brazil’s Claudiomiro Segatta and Geradus Van Grusven of the Netherlands.

Two surprise champions and there were more. In Women’s Class 8-10, in a group organised event Romania’s Ioana-Monica Tepelea, Tabita Vulturer and Maria Stanescu finished ahead of the top seeds Norway’s Aida Dahlen and the host nation’s Raquel Mareu.

Likewise in Men’s Class 3-4, Romania caused a surprise; in the title deciding contest Petru Ifrosa and Ioan Dirlea beat the pairing of Slovakia’s Boris Travnicek and Bernt Norgren, the top seeds, by two matches to nil.

Surprise winners, it was the same in Men’s Class 8 and Men’s Class 11; in the former the Netherlands combination of Jean-Paul Montanus and Andrianus Van Amerongen received a walk-over in the final when due to face Sweden’s Anders Andersson and Emil Andersson, the no.1 seeds. In the latter in a group arranged event, Turkey’s Garip Olcas and Utku Caberoglu finished ahead of the top seeded French pairing comprising Antoine Zhao and Timothe Ivaldi.

Otherwise, it was success for the top seeds. 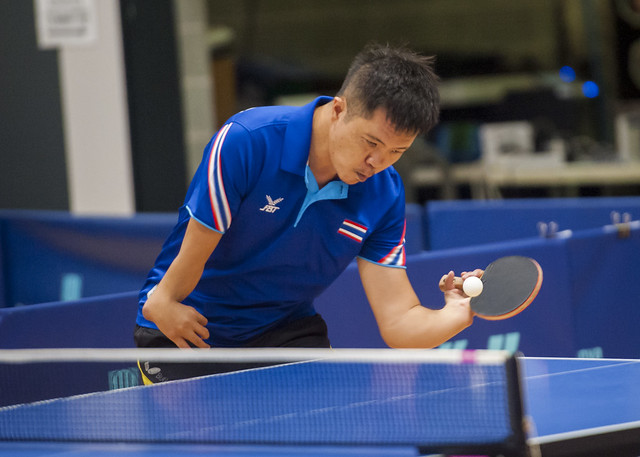