A depth of teenage female talent in Japan like never before; that fact was once again underlined on Thursday 24th May.

In the opening round of the Women’s Doubles event at the Seamaster 2018 ITTF World Tour Hang Seng Hong Kong Open, 13 year old Miyuu Kihara and in partnership with 15 years of age Miyu Nagasaki caused a major upset. 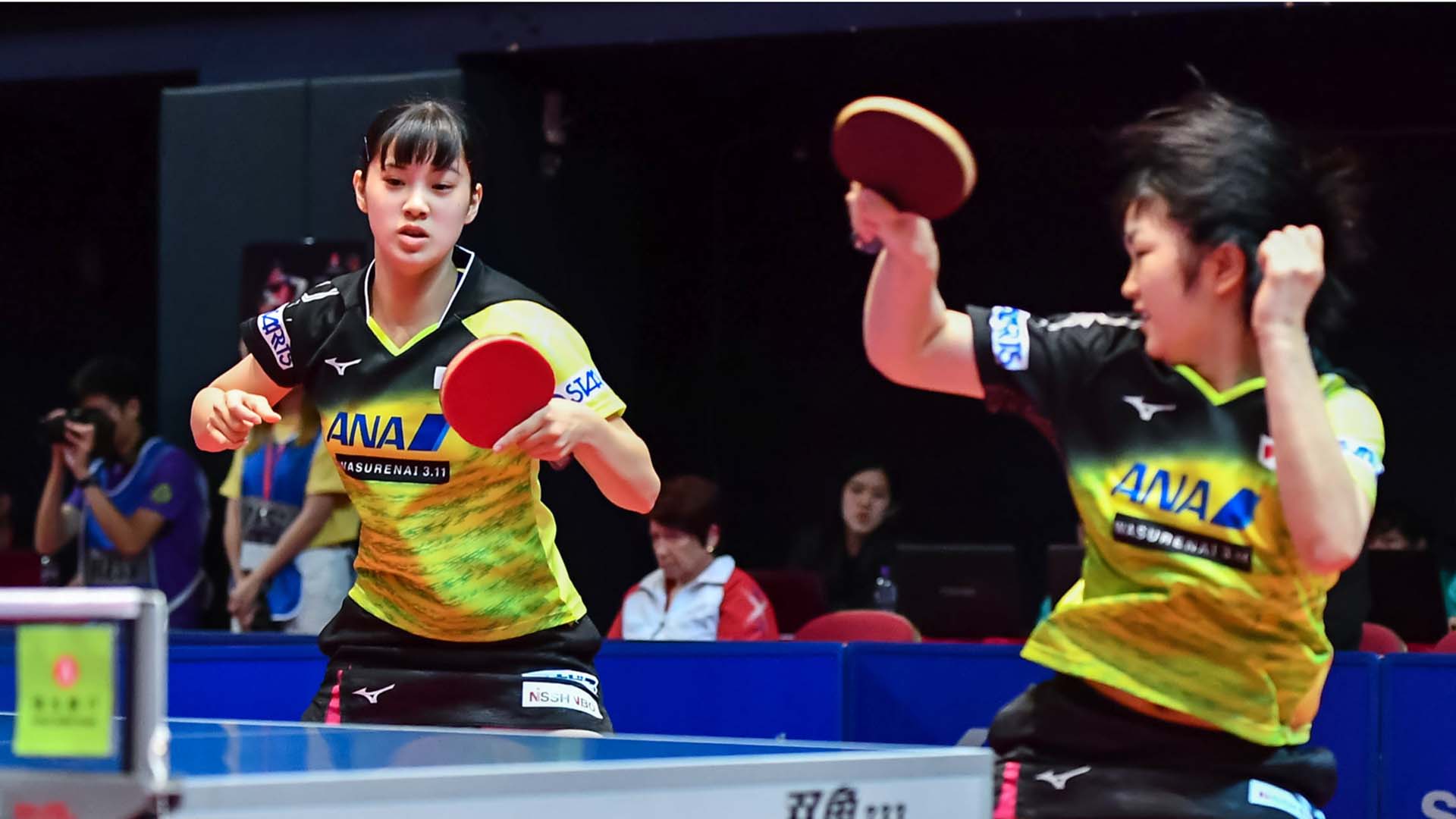 Not only was it success against a more experienced partnership, it was success against one of the most successful combinations in the history of the ITTF World Tour. Earlier this year on the Seamaster 2018 ITTF World Tour, Jeon Jihee and Yang Haeun emerged the runners up in Germany, whilst on the ITTF Challenge Series they were the winners in Poland. Overall in 15 finals they have seven ITTF World Tour Women’s Doubles titles to their credit and two such ITTF Challenge Series successes. In addition to this year in Poland, in 2017 they won in Spain.

Success for Miyuu Kihara and Miyu Nagasaki, also there was success for colleagues but as expected; Hina Hayata and Mima Ito, the top seeds, overcame the combination of Monaco’s Yang Xiaoxin and Canada’s Zhang Mo (9-11, 11-7, 11-9, 11-8).

However, if one national association had reason to celebrate it was Hong Kong; three pairs entered the first round arena, three succeeded, pride of place going to Li Ching Wan and Liu Qi who upset the odds. They recovered from a two games to nil deficit and the brink of defeat to overcome Germany’s Nina Mittelham and Petrissa Solja, the no.8 seeds (5-11, 8-11, 13-11, 11-9, 11-4).

Two surprises of note and there was one more; Singapore’s Yu Mengyu and Zeng Jian upset the odds by beating the partnership comprising Russia’s Yana Noskova and Sofia Polcanova, the no.7 seeds (12-10, 11-6, 11-7).

Meanwhile, in the remaining first round Women’s Doubles’ contests it was success as status advised; China imposing authority. Chen Xingtong and Sun Yingsha, the no.4 seeds, beat Russia’s Ekaterina Guseva and Yulia Prokhorova (11-6, 11-9, 11-5); Chen Ke and Wang Manyu, the no.5 seeds, defeated the French pairing of Pauline Chasselin and Stéphanie Loeuillette (11-7, 11-5, 11-5).

The matches will be played on Friday 25th May.