Depth of knowledge, Li Xiaodong and Zhang Yining the advisors in Luxembourg

Home earlier this year for the 2017 ITTF World Junior Circuit Finals, Luxembourg is the current host for an ITTF Hopes Week and Challenge organised by the European Table Tennis Union; the destination is the Chinese Table Tennis College - Europe.

Proceedings commenced in earnest on Monday 2nd April and will conclude on Monday 9th April. 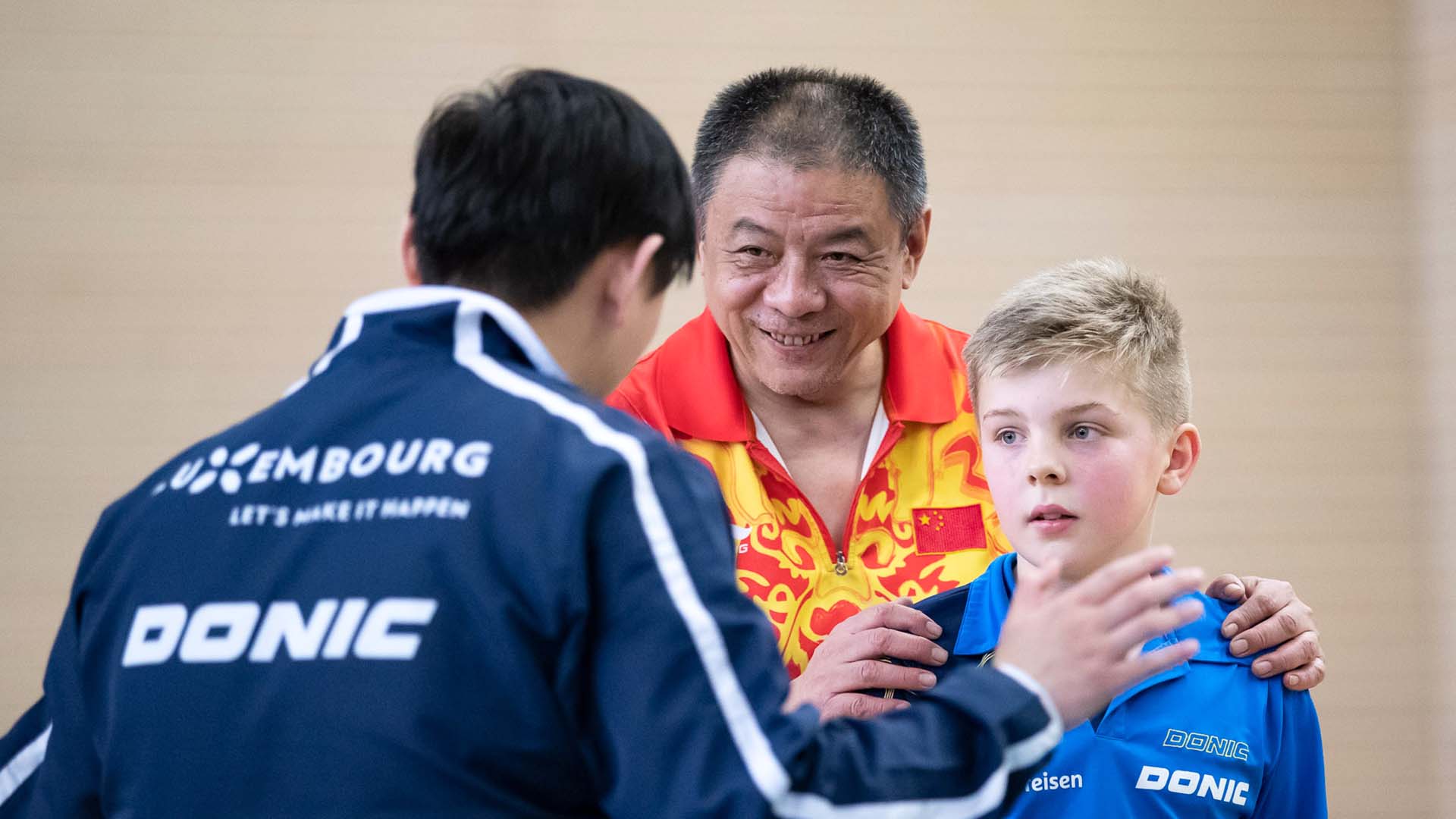 At the helm of proceedings is Croatia’s Neven Cegnar, the ETTU Development Officer; he is responsible for the extensive range of opportunities for young players directed by the continental federation.

Notably, he has coaches of the very highest order to support his efforts. The head coaches are China’s Li Xiaodong and Zhang Yining. Li Xiaodong guided the fortunes of Ma Long in his teenage years; the fact Ma Long rose to become Olympic Games and World champion underlines the pedigree of the highly respected Chinese coach. A man with a very caring attitude, he has a wealth of experience and knowledge.

Meanwhile, for Zhang Yining, every major title has finished in her grasp, twice winner the Women’s Singles title at the Olympic Games and twice at the World Championships are just two of the many prestigious titles she has won.

Both are not only invaluable advisors for the young players, they are also most important in helping the coaches extend their skills.

A total of 16 girls and 15 boys from 14 European countries, accompanied by 18 coaches, are present in Luxembourg; in addition young players from China are on duty to fulfil the role of practice partners. It is a quite idyllic situation.

At the conclusion of proceedings, three boys and three girls will be selected to attend the ITTF Hopes Week and Challenge, to be staged in Alicante from Monday 30th July to Sunday 5th August.