China’s Fan Zhendong leads the men’s singles rankings for the very first time after 29 months in a row at WR#2. In his time at no.2 Fan Zhendong has been second only to Timo Boll, Dimitrji Ovtcharov, Ma Long, and Xu Xin. In September and October 2014 when Fan Zhendong initially reached WR#2, Ma Long sat behind him at WR#3. It did not take long for Ma Long to regain the top position then, and following his victory in Germany it’s clear Ma Long’s goal is the same in 2018. 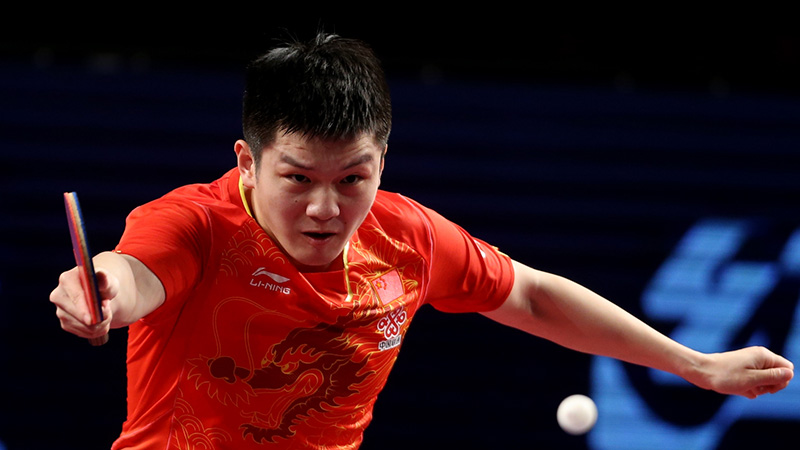 Following an incredibly busy month for ITTF events, with no less than eleven Competitions in March valid for World Ranking points across all age categories, there have been some dramatic changes. Focusing on the men’s and women’s singles we will take a closer look at the impact of the senior events from March.

World Rankings take into account the top eight results from events in the past twelve months, as well as the latest World Championships team and individual events. For the April rankings the impact from March 2017’s points expiring was minimal among the top ranked players, meaning they were able to take full advantage of competitions taking place throughout March 2018.

Ma Long’s win at the German Open earned him the maximum possible points at a World Tour Platinum event, 2250 points. This was possible because Ma Long had only seven results under his belt for the ranking period. The increase boosted him from WR#9 to WR#6 where he is hot on the heels of teammates Lin Gaoyuan and Xu Xin.

Runner Up at the Qatar Open, Hugo Calderano moves to a new career high. While 15th to 12th does not seem a huge leap it gives Calderano a firm foundation to stand on. Calderano will appear next at the World Team Championships, where Brazil will compete in the Championship Division after finishing 26th in Kuala Lumpur two years ago. In 2016 he won eleven matches in Division 2, earning 1375 ranking points. Wins are worth more points in the highest division but still Hugo Calderano will have to perform well to maintain his current world ranking.

An impressive performance in March, reaching the last 16 in Qatar and the quarterfinal in Germany, Mattias Karlsson defeated Japan’s Koki Niwa, Brazil’s Hugo Calderano, and France’s Simon Gauzy to attain high highest ever world ranking. This bodes well for Sweden in the lead up to Halmstad with two players now in the top 20, teammate Kristian Karlsson sitting at WR#19.

Returning to winning ways Liu Shiwen took home the Qatar Open title and rose no less than ten places, followed by compatriot Ding Ning directly below at 11th. Beginning in the qualification stage they added points earned from group wins to their earnings, elevating them further than otherwise.