March 2018 World Ranking: How Timo Boll Made It Back to The Top

The March 2018 World Ranking saw several major movements in the Men's & Women's Top 10 list, with Germany's Timo Boll climbing back to the summit at 36 years, 11 months and 21 days on 1 March 2018 as the oldest world number one! 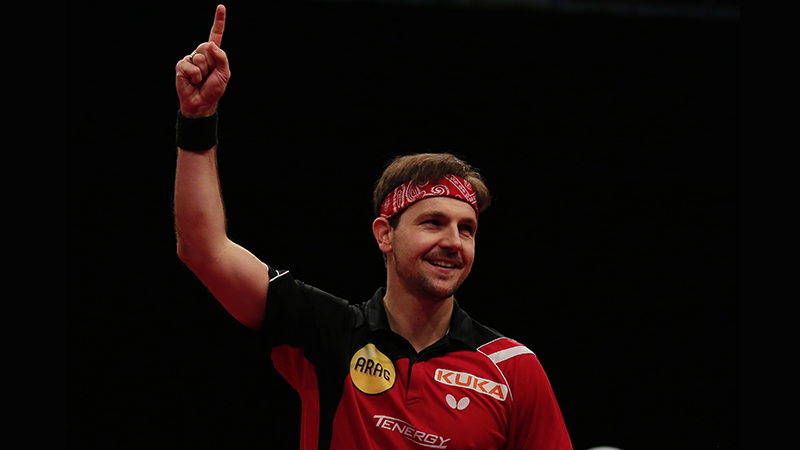 In the men’s ranking list there are changes among the top players, with Timo Boll swapping places with teammate Dimitrij Ovtcharov to claim the top spot and, Ma Long dropping two places to WR.9. Both players were active in February but the story of these changes goes back to February of 2017. With the new ranking system players retain points for twelve months (excluding World Championships), which means Ma Long and all other players who earned points at the 2017 Qatar Open dropped significantly, especially in Ma Long’s case as he was the winner there (2250 pts). Ma’s winnings at the World Team Cup amounted to 1200 pts (300 pts per win) so this meant a net loss of 1050 points. Timo Boll was present more in the second half of last year and did not compete in February 2017, therefore he did not drop any points, whereas most of the top ten felt the effects, Boll was able to ride his prior successes and the recent European Top 16 Cup victory to the number one position.

With the 2018 Qatar and German Opens coming up this month, all entries have the potential to gain big points from these World Tour Platinum events!

The women’s list saw movement throughout the highest ranked players as well. At the top Chen Meng swapped places with Zhu Yuling, with Chen Meng’s Qatar points from 2017 expiring and her ninth best result becoming the eighth best. This highlights the importance of having a good spread of results throughout the calendar year and at least eight from ITTF sanctioned or approved events to get the best ranking. We saw world champion Ding Ning leap seven places to WR.14 following the World Team Cup where she earned 900 points from her three singles victories. These points went directly into her top eight and with no point expiring Ding was able to take full advantage of them. Coming into March Ding Ning still has only six of her eight possible results. Both Ding Ning and Liu Shiwen are listed as entries in the upcoming World Tour events, they have the potential to return to top five positions if they play their cards right, since they will be collecting the full points from their end results. The same can be said of Ma Long, listed in the German Open, but as these are high profile competitions all must compete with the strongest opposition.

Points expiring in the next World Rankings publication will be from March 2017, the Challenge Series Belarus Open and Thailand Open, each of which have little impact on those at the very top of the lists, which means whoever comes out on top in Qatar and Germany will make the greatest strides, and we may have a new number one again!

Rise and Fall: Biggest movers and shakers in April rankings!