Set to be the biggest and best table tennis World Tour in history; more prize money, better sports presentation and more television distribution than ever before, bids are now open for the most lucrative table tennis tour: the 2019 ITTF World Tour. 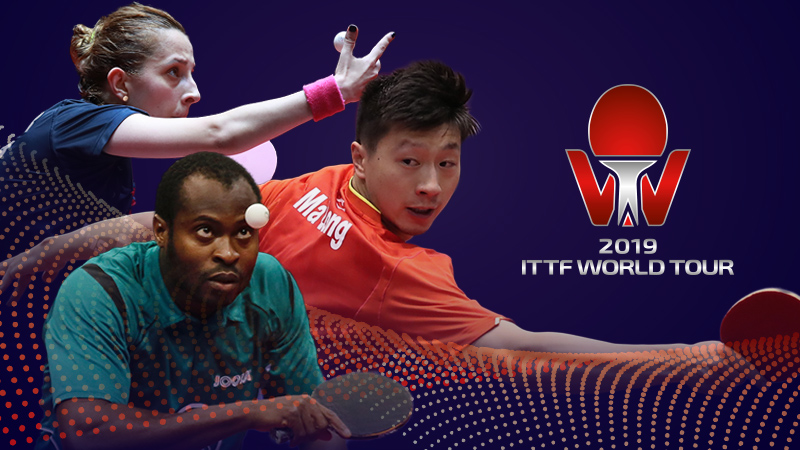 It is a fantastic global promotion opportunity for cities and countries to be promoting themselves to a massive global audience.

“The ITTF is inviting all cities and countries around the world to get involved in the biggest tour in table tennis. The world’s best table tennis players, playing in 12 events across the globe provides immense promotional and commercial value to cities. We are looking forward to working with all our hosts and partners to continue the rapid development of the ITTF World Tour”, stated ITTF President Thomas WEIKERT.

The newest table tennis Olympic discipline Mixed Doubles will make its full-time debut on the ITTF World Tour, after a handful events in 2018 as well as new TV innovations and increased money will make the 2019 Tour the best yet.

With a limited number of events, competition and interest will be high to fill the 12 World Tour stops, so cities and countries are encouraged to bid big!

The six ITTF World Tour Platinum events will be of the very highest level, affording greater prize money. Therefore the result is more international exposure for the hosts as the world’s best players will compete.

At the end of the year, the top 16 players on each of the Men’s Singles and Women’s Singles Standings will qualify for the over US$1,000,000 ITTF World Tour Grand Finals; an event which boasts the highest prize money for any table tennis event on the planet.

The ITTF World Tour has consistently been a great avenue for countries and cities to gain global reach, promotion and recognition:

To become a part of the world’s biggest table tennis tour, which is only going to become bigger and better, go to ITTFWorldTour.com to find out more information and submit your bid.