Home for the 2018 Summer Youth Olympics, with that event very much in mind; on Saturday 17th June, the Argentine capital city of Buenos Aires was the home for an Advanced Umpire Training Seminar and Advanced Rules Examination.

Organised under the auspices of the ITTF Umpires and Referees Committee, in conjunction with the Latin American Table Tennis Union and the Argentina Table Tennis Federation, the expert on duty was Malaysia’s Cyril Sen.

A total of seven umpires attended, six men and one woman; the national associations represented being Argentina, Brazil, Colombia, Ecuador and Venezuela. The woman in question was Luciana Guevara from Ecuador.

“Participants expressed their satisfaction with the programme, some saying that they were leaving with new ideas and concepts on the game of table tennis. One participant expressed a wish that more seminars could be implemented at continental events.” Cyril Sen 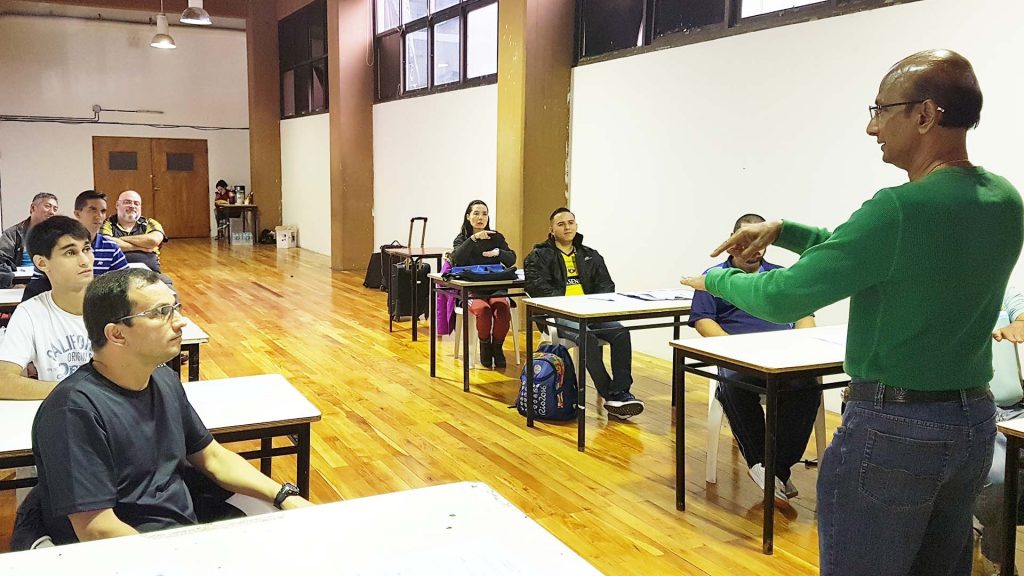 “As the host city of the Summer Youth Olympics in 2018, it is good to see the many efforts being made by the Argentina Table Tennis Federation and the Latin American Table Tennis Union to develop its match officials in readiness for the event.” Cyril Sen

A major multi-sport gathering on the horizon, Argentina is well prepared; furthermore, an example is being set.

“Special mention must be made of the efforts of the by the Argentina Table Tennis Federation in organizing this seminar and being able to attract umpires from five countries to participate. It is hoped that more countries in Latin America will offer this developmental programme for its match officials and that more Latin American umpires will make the effort to take the opportunity offered to upgrade their knowledge, skills and performance.” Cyril Sen.

Discussion, debate and dialogue over, two international tournaments ahead; it is time to put theory into practice, a busy time awaits officials in Buenos Aires.