How do the world's best racers at the 2017 Formula One Chinese Grand Prix warm up before the epic race? Shaking a leg with Olympic Champion in table tennis, Wang Liqin at a game of TTX! Can't believe it? Scroll down to find out. 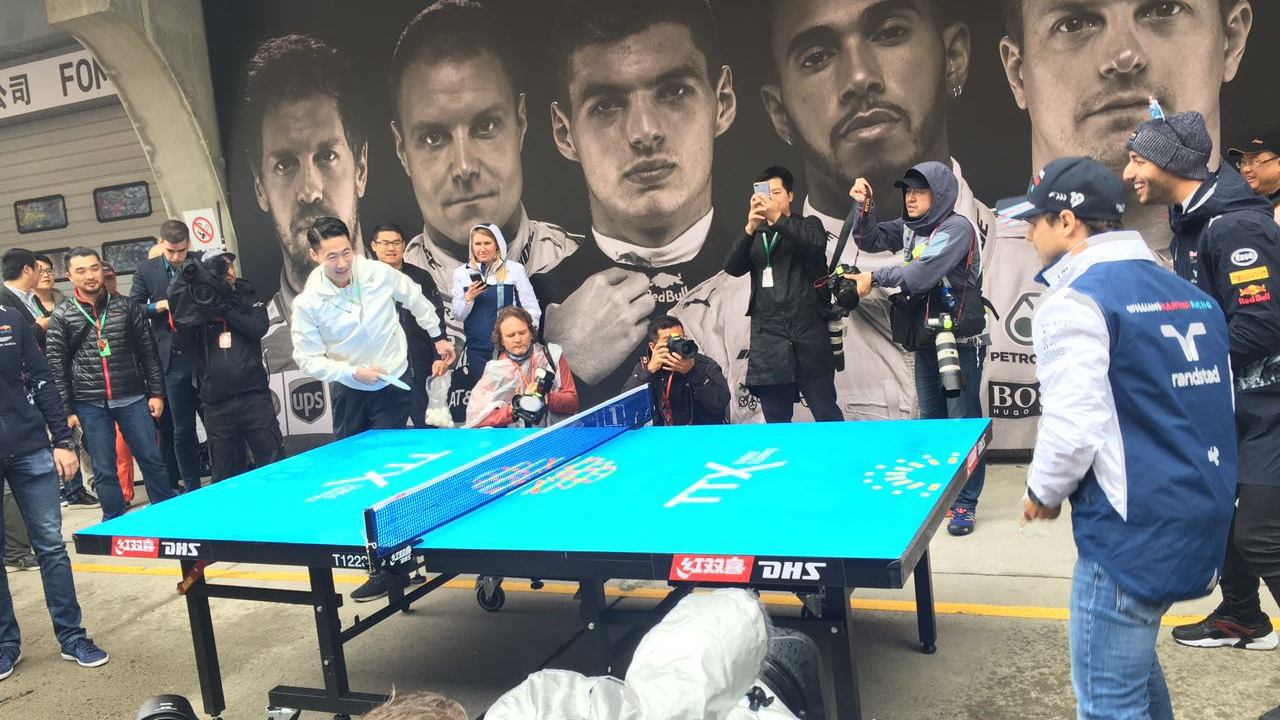 Some of the greatest racers in the world tasted the game of TTX today, Sunday 9th April, before heading off to their big race at the Formula One Chinese Grand Prix being staged at the capital city of Shanghai in China. Amongst those present were Fernando Alonso, who drives for the team of McLaren Honda, Daniel Riccirdo and Max Verstappen from Red Bull Racing, and Felipe Massa who drives for Williams.

Alonso, a double World Champion, also regarded as one of the greatest racers in the world, along with the other stars today enjoyed TTX as he smashed away some balls against Olympic Champion and Chinese table tennis legend Wang Liqin. This unique event, organized jointly by Formula One and the ITTF, was held at the Shanghai International Circuit in front of a huge audience and guests from international media.

Recalling the experience on playing TTX, Daniel Riccirdo said, “It was really cool playing against an Olympic Champion. I have never played table tennis like this with no rubber and heavier and bigger balls before. Made it a lot easier and more fun, especially on a windy day like today!”

For a Formula One fan Wang Liqin, it was thrilling to enjoy the game he loves the most in its cooler form, TTX.

“It was a big honour to play with the driver as I love Formula One. It was a lot of fun and I really enjoyed it,” said Wang Liqin

TTX, launched at the eve of the start of the 2016 Rio Olympic Games, is a cooler, youthful and fun version of table tennis. It is designed in a way that the sport can be played literally anywhere with a table. It features a bigger ball than than used in traditional table tennis and simplified rackets with less spin, TTX is suitable for outside conditions.

Seamaster is TTX’s exclusive commercial partner and is working along with the ITTF to develop the equipment and technology to bring TTX to the world. With the best racers in the world enjoying TTX the way it should be enjoyed, this fun version of table tennis is slowly drawing attention to all and is the game to be enjoyed anywhere and everywhere.