Liu Guoliang has some strong words for the 12 men heading in to the second stage of trials for the Liebherr 2017 World Table Tennis Championships. 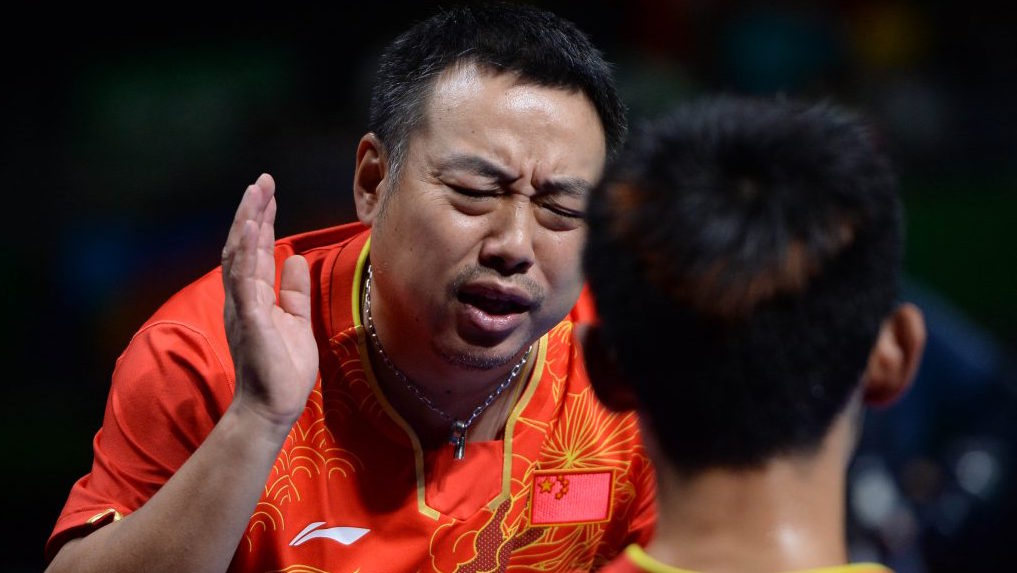 Liu Guoliang isn’t the type to beat around the bush when it comes to letting his players know exactly where they stand. China’s national coach didn’t hold back when he addressed his team after the first stage of trials for the Leibherr 2017 World Table Tennis Championships.

First up to the chopping block were Fan Zhendong and Xu Xin. Surely the first and second place finishers at the trials would receive some praise? Yes, but only some.

“Fan Zhendong and Xu Xin played as we expect them too; reliably, and consistent to their level. But they didn’t really show a sense of individual purpose or drive during the matches.” Liu Guoliang

In team trials, winning the match isn’t everything, it’s also about execution. For Xu Xin it seems he is always playing catch up.

“I saw Xu Xin practise and try some new things on the table, but I didn’t see much variations in his overall play. Watching him over these few days, and considering his performance and also his overall progress, I see that his style is inclined towards playing from a position of catch-up, playing like he’s trailing behind the opponent. I must warn you about playing that way.” Liu Guoliang

How about for third place finisher Xu Chenhao? He was one of the few players to perform beyond expectations.

“On paper, looking at your ability or level you should be ranked about 9th to 14th. But maybe Xu Chenhao feels he should be further up the chain, so he plays better, fights harder.” Liu Guoliang

“I moved you to table one so I could watch you closer. I liked what I saw, and it made me open my eyes a little wider. But it wasn’t the case these two days. It dimmed. When you played Liu Dingshuo it was a whitewash. Then you lost to Fang Bo, and then lost another match which I didn’t see. The chance is yours. At the start you were in first place, but afterwards there was no consistency; you lost steam and faded away.” Liu Guoliang

“When you speak you aren’t confident or eloquent, and that’s ok. It’s fine if you stammer or stutter on the table (in terms of performance), and stammer when you speak. It’s ok. But on the table you’re practically mute – not a sound. You might as well be playing checkers. There’s no sound or noise when you win, no sound when you lose. No expression.” Liu Guoliang

Wang Chuqin and Yu Ziyang received the brunt of Guoliang’s criticism as the national coach wasn’t afraid of a little trash talk and sledging.

“You’re the only two players dragging your feet when you walk… If you want to play like that you might as well go to the third floor [where the second team trains] to play , or if you want to stay on this fifth floor you could go to play with the women’s team.” Liu Guoliang

However, it wasn’t all harsh words for the players. Motivation and inspiration was a key theme to Guoliang’s lecture. If opportunity knocks, you better answer the door.

“You look at Zhang Jike. In 2010 he played the team trials, made it out at the second round. We gave him a shot in the finals of the Moscow World Team Championships. He beat Christian Suss – it wasn’t pretty, but the most important thing was that he won – and made his chance count… So to you younger players here, do you have the same dreams or mission? The same confidence? The same enduring spirit, and hunger for victory?” Liu Guoliang

While he was held up as an example to emulate, there were ominous words for the grand slam champion.

Zhang Jike better watch his back come next month’s trials and beware the Ides of March.