As the new year dawns, we bring you wishes from our incredible athletes from all over the world and a review of 2016 from the ITTF Family! 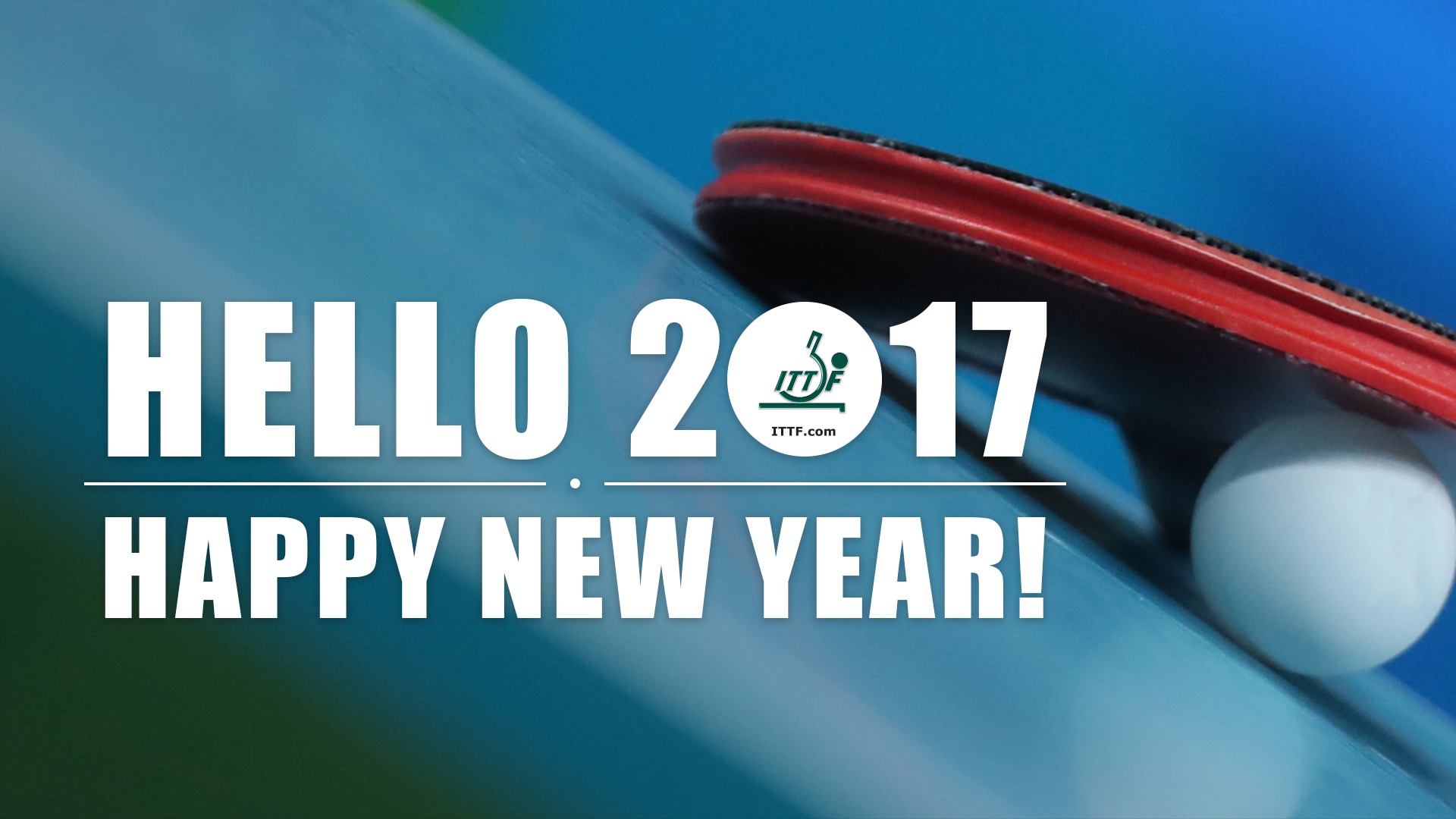 The best table tennis players from around the world are here to wish you a wonderful 2017!

Vladimir Samsonov, turned 40 this year, wrapped the year up as world number 8! He sends a beautiful wish from Belarus:

Hugo Calderano had one of the most successful years of his life, he became a superstar in Brazil after an incredible performance at the Rio 2016 Olympic Games. Looking back to a year full of great performances:

African champion and world number 45 Omar Assar had yet another successful year and he wishes the same for you:

Star couple Zhenqi Barthel and Tiago Apolonia’s last selfie of 2016, bringing in 2017 with good vibes all the way from Portugal:

Simon Gauzy along with Sam Walker and Soumyajit Ghosh bringing in the new year with some fun:

Lily Zhang had the opportunity to visit the White House and hug Barack Obama and Michelle Obama! Additionally, winning the US National Championships was one of the highlights of her successful 2016:

Kristian Karlsson and his family wishing the best for the coming year all the way from Sweden:

Australia’s Melissa Tapper made history in 2016 becoming the first Australian to qualify for both the Olympics and Paralympics. She appeared on Samsung’s Olympic promotional posters this year. Best wishes from the champion who defied all odds to make history:

2016 you have been amazing. Thanks for opening my eyes to so many incredible places, people and things. This @samsungau billboard was definitely a highlight. What will 2017 hold in store? Have a safe and happy new year everyone ??

World number 12 Marcos Freitas and world number 122 Sarah De Nutte spending the last few moments of 2016 together, brining in 2017 with lots of love and happiness:

and finally, the legend Jörgen Persson getting candid to wish you all a healthy and wonderful 2017:

Also, lets look back to what an amazing year it has been. From the World Championships to the Rio Olympic Games to the World Tour Grand Finals, our athletes brought table tennis to a new level with some great rallys, new records and personal bests. The ITTF initiated new projects such as Table Tennis for NepALL, TTX, ITTF Dream Building projects and many more developmental projects around the globe.

Some of our athletes got married, some retired and some revealed their personalities outside of the table tennis court. The fourth edition of the ITTF Star Awards was a big success. Watch the video below to review the spectacular year that it has been!