USA men team won 2016 North American Team Championship as they beat Canada by three games to one. Although the Canadians lost, they put up a brave fight against much higher ranked opponents from USA.

All three players from USA were instrumental in winning the title at the North American Team Championship The Canadians, despite ranked lower in the men’s world ranking list, played well beyond expectations as they stretched all singles games to full five sets.

US Olympian Feng Jiyun started the contest with the first game against Hazin Jeremy of Canada. Currently ranked 470 in the men’s singles world rankings, Hazin stands 179 places lower than Feng. But in sport, rankings really do not matter. What matters the most is how a player performs when he is required to. With an unpredictable style of play added to him strong serves and defense, Hazin beat Feng in a thrilling three games to two battle. Hazin took the first two sets but Feng responded by winning the next two. But the deciding set went to Hazin as he dropped only 5 points and knocked off Feng 7-11,8-11, 11-6, 11-5, 5-11 to give Canada a 1-0 start.

Despite loosing the first match, USA men did not seem to be too anxious as they had good faith in Kanak, and he delivered. Drawn against Bernadet Antoine, ranked 878 in the men’s singles world ranking, Kanak appeared confident. He defeated Bernadet by a comfortable three games to one margin. Kanak dropped the first set but bounced back invincible in the next three to finish off the match 5-11, 11-6, 11-5, 11-4, leveling the match to 1-1.

The third match in most of the team games is always very crucial. The American pair of Chodri Kunal/ Kanak Jha beat Canadian pair of Guo Moxi/Hazin Jeremy in an electrifying match that went up till the deciding game. The Canadian pair had an advantage of being a combination of left and right handed players but the American pair was clearly playing strong and creative. They clinched the doubles 7-11, 11-2, 9-11, 11-9, 11-6 and gave USA a 2-1 lead.

Avenging his loss in the opening match, Feng Jiyun, ranked number 291 in the men’s world rankings seemed determined to win this time. The pen holder who debut his national appearance for USA in 2015, faced a scare before beating Guo Moxi of Canada three games to two. Feng had troubles as Moxi kept returning balls back but his speed prevailed over the Canadian. Feng beat Moxi  11-6, 4-11, 11-6, 8-11, 11-3 to wrap up the match 3-2.

USA thus beat Canada three games to one and were crowned the champions of the North American Team Championship. They also qualify for the 2017 ITTF World Team Cup.

Photos of the Day 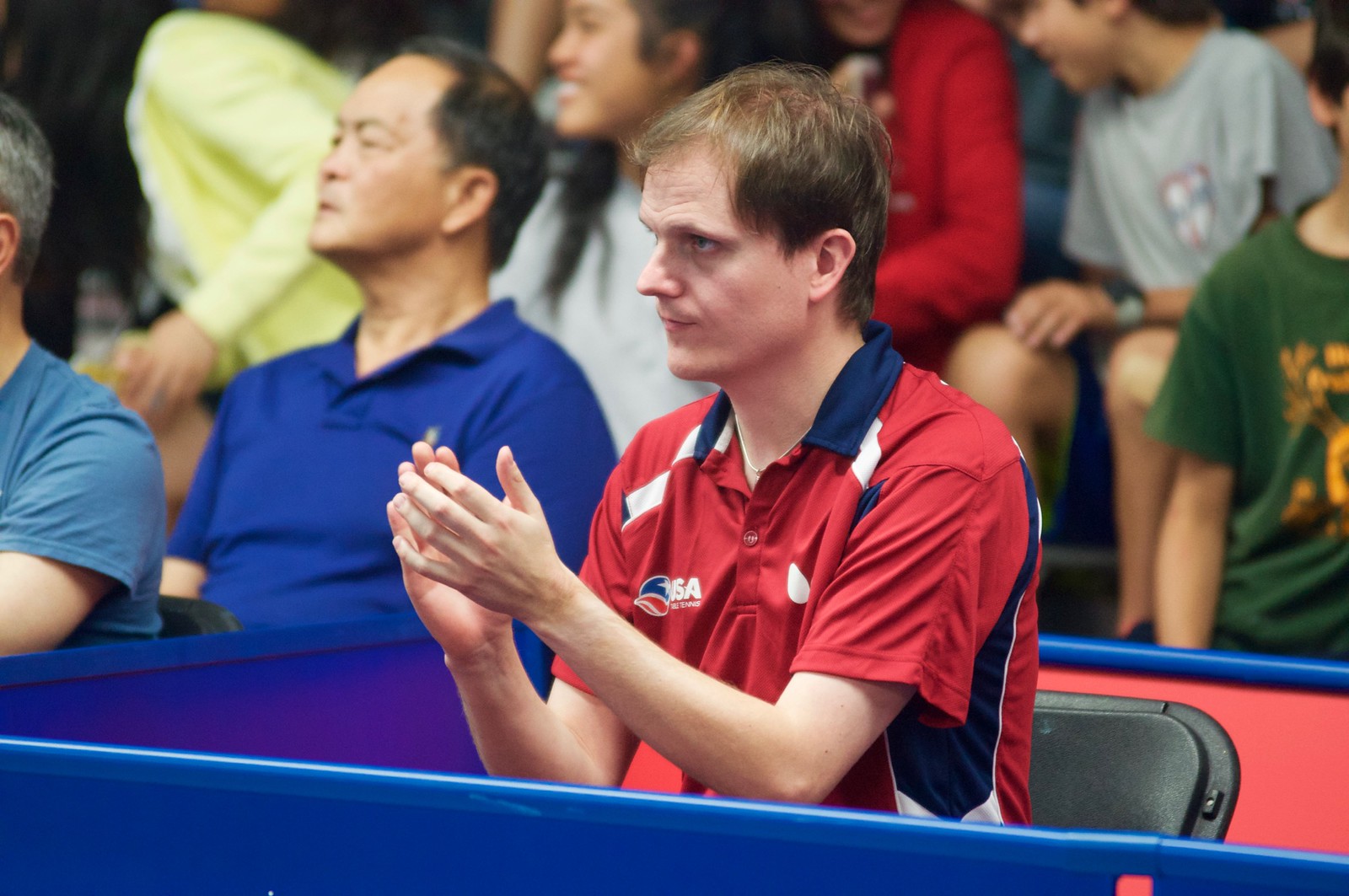