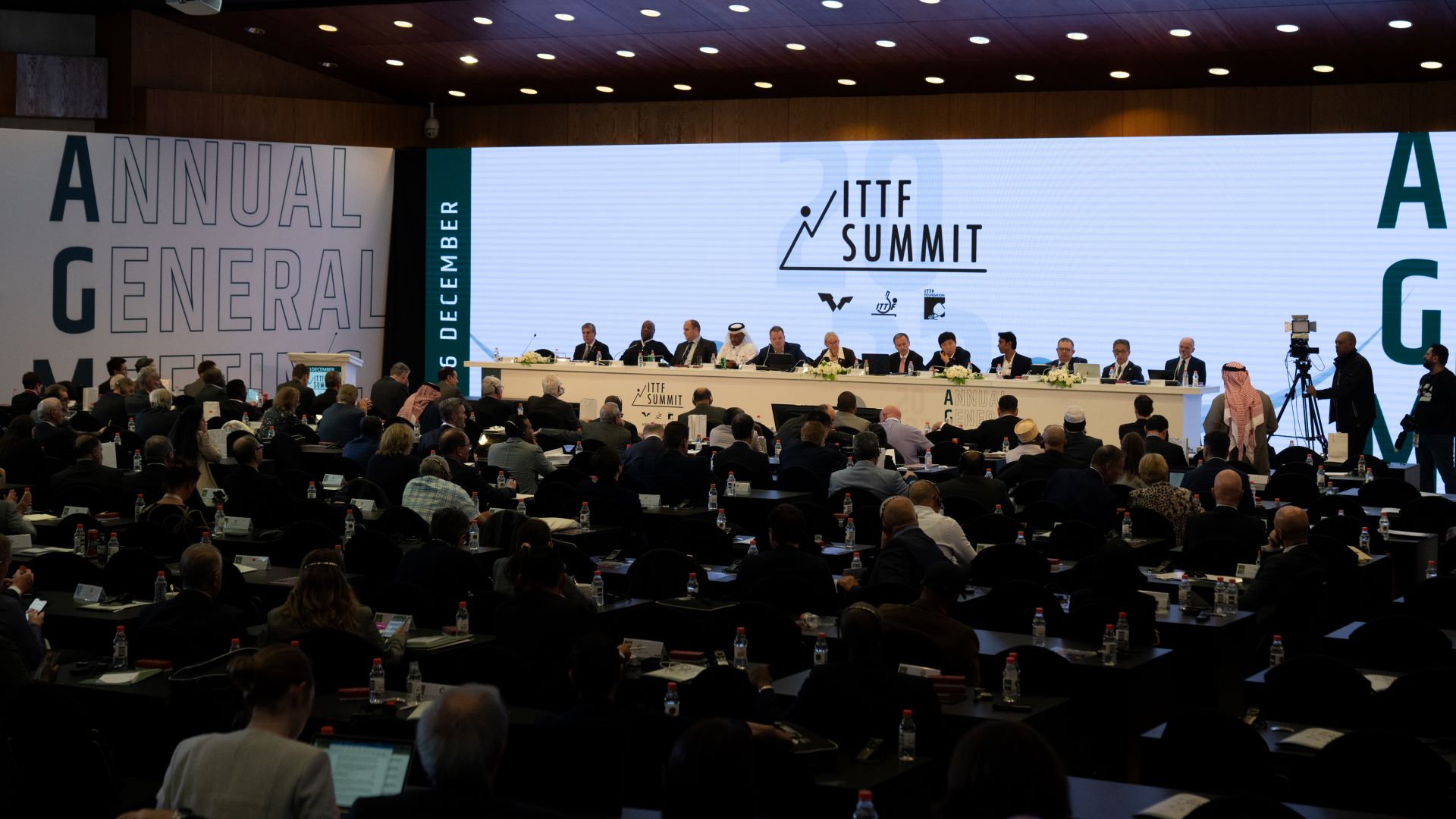 Three days of meetings concluded in Amman, Jordan, the International Table Tennis Federation is celebrating a successful inaugural ITTF Summit by confirming the event will return in 2023.

“I want to thank our Jordanian Hosts for such an amazing Summit, there is so much to take away from our discussions and I cannot wait to implement many of the ideas discussed,” Petra Sörling, ITTF President, said. “I cannot wait for this event to return in 2023; we will finetune our programme to have even more interactions with our Member Associations.”

The first ever ITTF Summit was so successful, federation leadership realized the value in the event. While it was created to bring together the table tennis family for the first time since COVID-19 disrupted meetings, the lively discussions had and opportunities to network proved invaluable to charting a future course for the ITTF over the next decades.

After two years of limited meetings and scaled down events, the ITTF is pleased to see a sporting landscape that is ready for growth and to showcase the talent our federation has to offer. It will see record revenues in 2022, with a 50% increase from 2019 – the last pre-pandemic year – highlighting the confidence of the sport business community. Table Tennis is on the right way for growth as World Table Tennis enters its third season, making it clear that the fruits of the strategic plan are starting to blossom, and the worldwide footprint of the sport is taking off.

“I feel this is the best moment that we’ve ever had for our sport, I think we are right on the cusp of doing great things, catching up with some of the other major sports around the world,” said ITTF Group CEO Steve Dainton.

Six panels and keynote speakers brought forth a range of topics such as how best to support our athletes, and how to be a steward for a sustainable future. The appointment of the first ever Sustainability Manager of the ITTF was announced, highlighting the commitment the federation has towards reducing its footprint and playing its part to combat climate change. This position makes the ITTF one of the few global international federations with a manager level portfolio dedicated to sustainability, keeping in line with the UN’s 2030 Agenda for Sustainable Development.

The 2023 ITTF Summit will be hosted in the second half of the year, more information about the ITTF Summit hosting process will be released in due time.

It was also decided that next year’s Annual General Meeting (AGM) will be part of the Summit and not held during the ITTF 2023 World Championships Finals Durban. This will give organisers and Member Associations for more opportunity to concentrate on the players and competition during the World Championships and to solely focus on the important matters being discussed during the AGM.

During the 2022 ITTF AGM, Doha, Qatar was elected as host for the 2025 World Table Tennis Championships following a vote from Member Associations opposing them to Alicante, Spain. 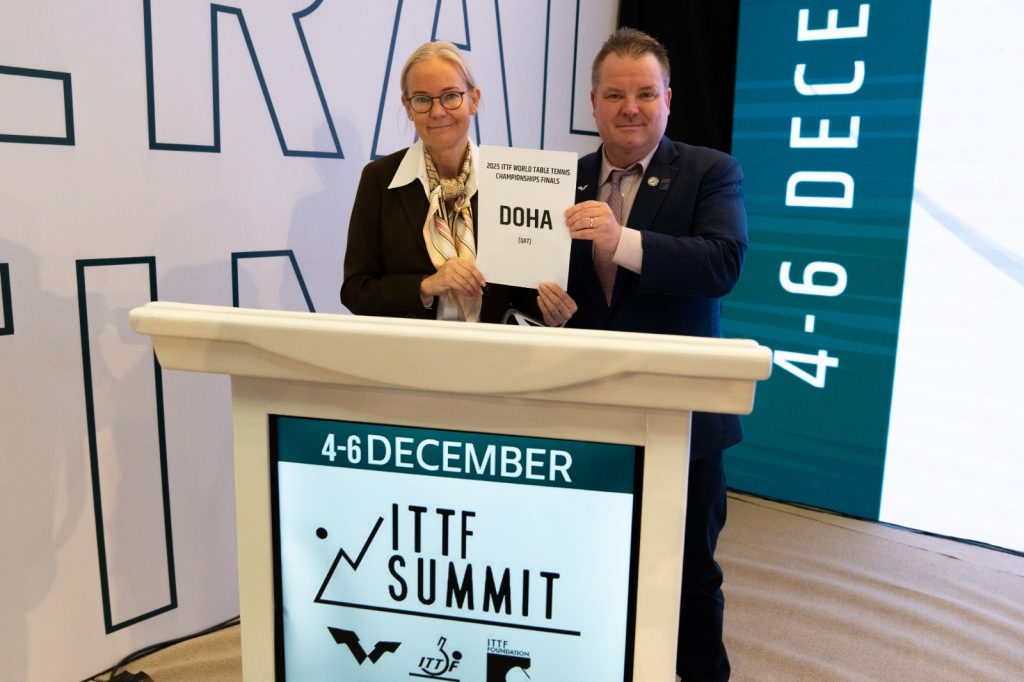 Doha, the capital of Qatar, is located on the country’s eastern coast and is a destination city for tourists and major sporting events alike. Today’s announcement continues Doha’s longstanding association as one of the most established cities in global table tennis.

Having been a hotspot for major events for almost three decades, the Qatari capital has recently proved itself a key location and launchpad for a new era in table tennis. The WTT Middle East Hub in 2021 marked the first official events of World Table Tennis, successfully holding back-to-back Contender and Star Contender events in March last year. Qatar’s commitment to staging premium blockbuster events guarantees more historic memories will be made when the World Championships Finals lands in Doha in 2025.

The ITTF Foundation announced today the creation of the inaugural TT4Heatlh Festival, an expansion of the already successful World Parkinson’s Championships.

The TT4Health Festival will showcase the benefits table tennis has on these communities and showcase how scientific research shows regular table tennis practice improves all players’ social, mental, and physical well-being. Specifically, the sport has beneficial effects on people affected by cognitive disorders, including Parkinson’s disease and Alzheimer’s, with the appropriate levels of physical and mental demands to help cope with the degenerative effects of their condition.

The first edition of the TT4Health Festival will be held on the island of Crete, Greece, the stage of the already announced 2023 World Parkinson’s Championships.