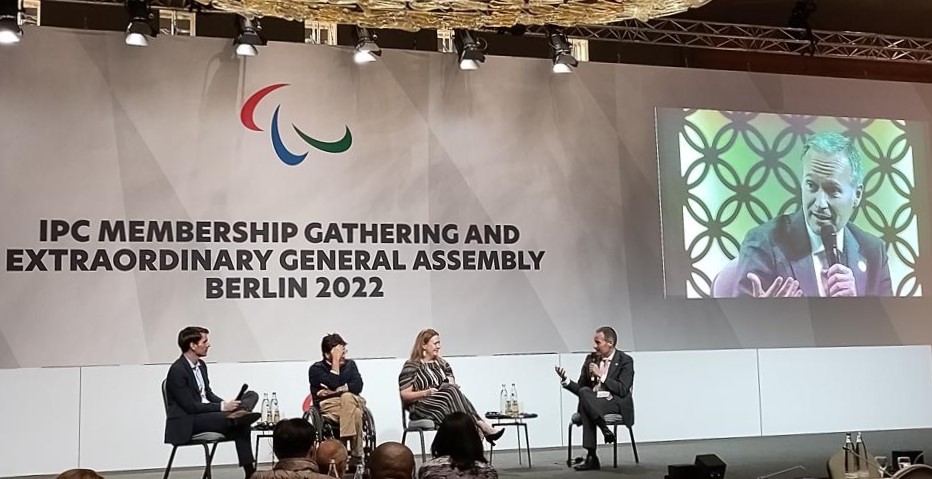 The ITTF delegation met with Paralympic leaders and National Paralympic Committees delegates to further deepen ties table tennis has with the Paralympic family.

“Engaging with the Paralympic family is always a treat for a sport with the global reach table tennis has,” President Sörling said. “Moreover, we received many praises about the Andalucia 2022 ITTF World Para Table Tennis Championships, which concluded last week, once again demonstrating the event’s resounding success.”

Raul Calin took part in a panel with Fiona Allan, CEO NPC New Zealand, Christian Holz, IPC World Para Sports Managing Director, and Luca Pancalli, President of the Italian Paralympic Committee and member of the IPC Governing Board, to discuss the transition of sports from the IPC to other world governing bodies.

Calin presented the ITTF case study to all delegates, as Para Table Tennis moved under the umbrella of the federation in 2007, one of the first such move under the motto “one sport, one family”.