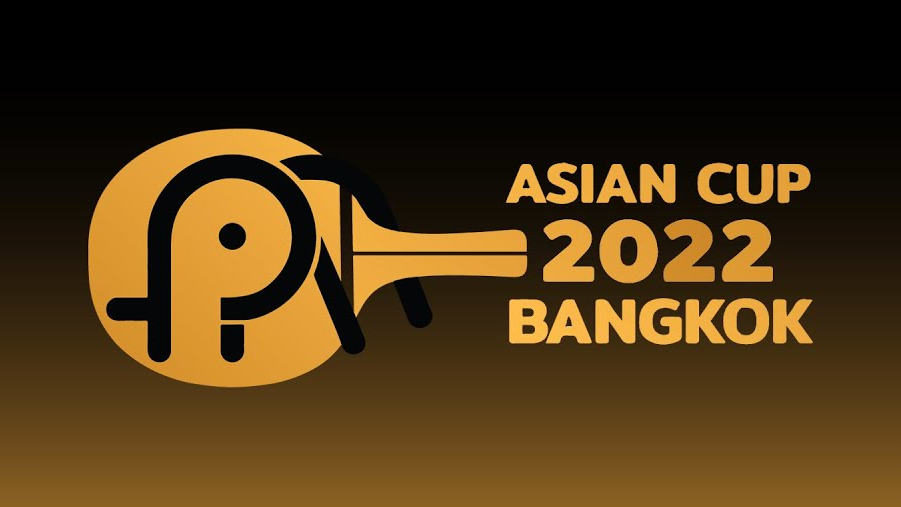 Venue for proceedings is the Huamark Indoor Stadium located in the country’s capital city of Bangkok, opened in 1966 for the fifth edition of the Asian Games, modernised over the years, the arena presents a state-of-the-art setting for world class athletes, in whatever discipline, to ply their skills.

“The Table Tennis Association of Thailand has established an excellent reputation for hosting major events; always they pay attention to detail, true to their tradition there is most warm and courteous welcome. It is a pleasure to be amongst colleagues whose heart is in the sport of table tennis; my thanks and congratulations to Thailand and the Asian Table Tennis Union.” — Petra Sörling

“It was essential for the Asian Table Tennis Union that the 2022 Asian Cup is a success, as we could not host the event for the past three years owing to the pandemic. I am delighted to welcome the ITTF President and ITTF Group CEO on this occasion, and I would like to thank our host, Thailand, for all the work in delivering an impressive competition.” — Khalil Al-Mohannadi

In 2014, a most successful ITTF World Tour Grand Finals were staged in Bangkok, more recently, displaying initiative, the River Island Shopping Centre has been the home for ITTF World Junior Circuit and WTT Youth Contender tournaments. This time, the sport presentation has been further improved.

“Consistently we are raising standards in presentation; here in Bangkok we witness a splendid spectacle. We are in a part of the world where there is a massive market for table tennis, here we have another opportunity to showcase table tennis, and Thailand has brilliantly responded.” — Steve Dainton

Exiting players in action, none more so than China’s Wang Chuqin, the man of the moment. At WTT events this year he has been the outstanding name; in July he won the men’s singles title at the Star Contender Budapest tournament, before in October succeeding in WTT Champions Macao and at the WTT Cup Finals Xinxiang.

He heads the men’s seeding ahead of arch rivals, Japan’s Tomokazu Harimoto and Chinese Taipei’s Lin Yun-Ju. Notably for Wang Chuqin it is his first appearance in the tournament, for Tomokazu Harimoto, his third, in 2018 he finished in sixth place, the following year in fourth spot. Meanwhile, for Lin Yun-Ju, it is his second, he gained fifth position in 2019.

Three young men, all yet to achieve a podium finish in the celebrated event; however, there are those on men’s singles duty who have realised the feat. The most notable name is China’s Lin Gaoyuan, he won in 2017, being the runner up one year later.

Lin Gaoyuan is the only player on the Bangkok entry list to have reached an Asian Cup men’s final but there are three bronze medallists; Chinese Taipei’s Chuang Chih-Yuan secured third place in 2013, as did Hong Kong’s Wong Chun Ting in 2016 as well as Korea Republic’s Lee Sangsu in both 2017 and 2018.

A new name at the top of the roll of honour is a possibility in the men’s event; in the women’s competition it is an absolute certainty. No previous medallist appears on the entry list.

China’s Wang Yidi, who at WTT events won the 2021 Cup Finals in Singapore and earlier this year, succeeded at the Champions tournament in Budapest, heads the women’s order of merit. Next in line is Japan’s Mima Ito followed by colleague Hina Hayata; Chen Xingtong, also from China, completes the top four names.

A total of 16 players compete in each of the men’s and women’s events; invitations are based on world ranking but with the provisos. In each event no member association may be represented by more than two players, the host nation is eligible to field one player and at least one player from the each of the five regions within the Asian Table Tennis Union is invited. The regions are: Central Asia, East Asia, South Asia, South-East Asia, West Asia.

The tournament is organised on the knock-out basis.