With the best athletes in the world taking each other on from Day One, fans will be treated to unbelieveable action mixed with thrilling entertainment. 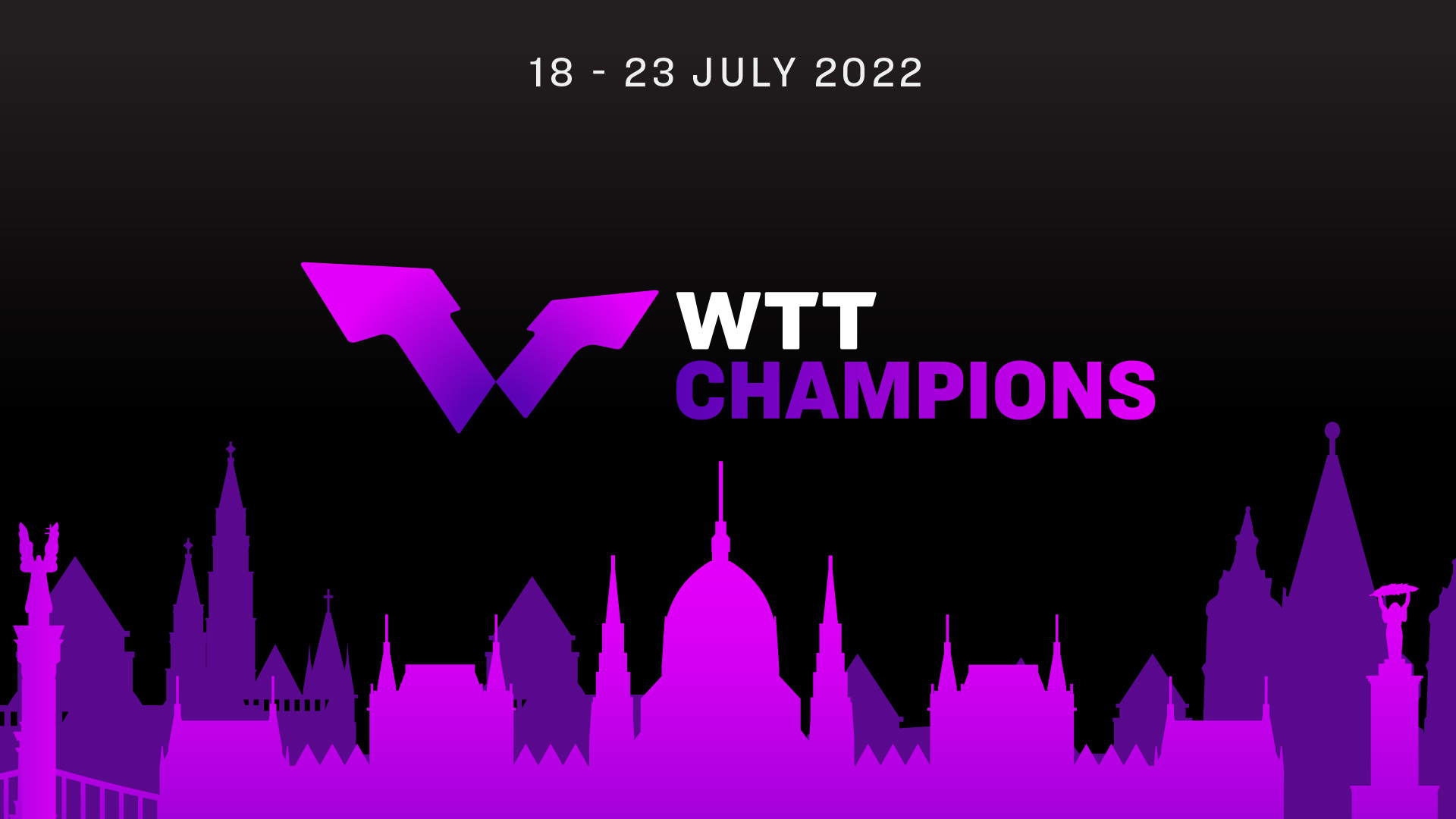 World Table Tennis is launching its newest marquee event today as part of its WTT European Summer Series in Budapest. Taking place from 18 to 23 July at the BOK Hall, and with USD$500,000 prize money on offer and 1000 ranking points for winners, the WTT Champions event will see WTT deliver its premium tier of events for the first time within the WTT Series, the official professional Table Tennis series of events.

WTT Champions provide world-class competition for the Top 30 men and women stars from the ITTF World Table Tennis rankings and two wildcards, with a maximum of four players per member association. They compete directly in a Main Draw knockout on just one table.

With the best athletes in the world taking each other on from Day One, fans will be treated to unbelieveable action mixed with thrilling entertainment.

Undoubtedly the headline name in the Men’s Singles draw, China’s Ma Long tops the seeding list and is a man on a mission as he bids to lift a WTT trophy for the first time after being defeated in the semifinal of the WTT Star Contender ESS 2022 last week. He will again face an incredibly strong field of opponents with Wang Chuqin, Hugo Calderano, Truls Moregard, Lin Yun-Ju, Tomokazu Arimoto and Quadri Aruna all in the running for a shot at the inaugural WTT Champions title.

In Women’s Singles, it is hard to pick a favourite between Chen Meng, Sun Yingsha, Wang Manyu, and Wang Yidi as the quatuor has been sensational over the past year. Along with them, the entries in the Women’s Singles include an impressive list of stars, including Mima Ito, Ying Han, Doo Hoi Kem, Adriana Diaz, Jeon Jihee, and Bruna Takahashi, who all impressed in recent WTT Series events. The complete player list and the draw are available here.

The event is broadcasted in more than 180 territories, and is live-streamed by World Table Tennis across its digital platforms.

After first being introduced at Singapore Smash, the Infinity Arena is making its return for the WTT Champions ESS 2022. An aerial view of the Arena shows the octagonal shape of the court, abstractly recalling that of an infinity symbol (∞), with the intersection of the lines in the centre marking the location of the playing table. The revolutionary Arena signifies the limitless possibilities that await the sport of table tennis, captivating the audience and elevating the game.

“After the resounding success of the first-ever Grand Smash in Singapore, I am delighted that World Table Tennis is introducing another new event this year,” said World Table Tennis Managing Director Matt Pound. “It was also one of our priorities to deliver one of our top-tier events in Europe this year. The WTT Champions ESS 2022 will be a showcase leading to even more events of the WTT Series in this part of the world.”

“World Table Tennis has been gathering momentum and support from every stakeholder this year, including the business community. As we continue delivering spectacular events worldwide, World Table Tennis remains committed to its mission to redefine, re-imagine and re-energise our sport.”