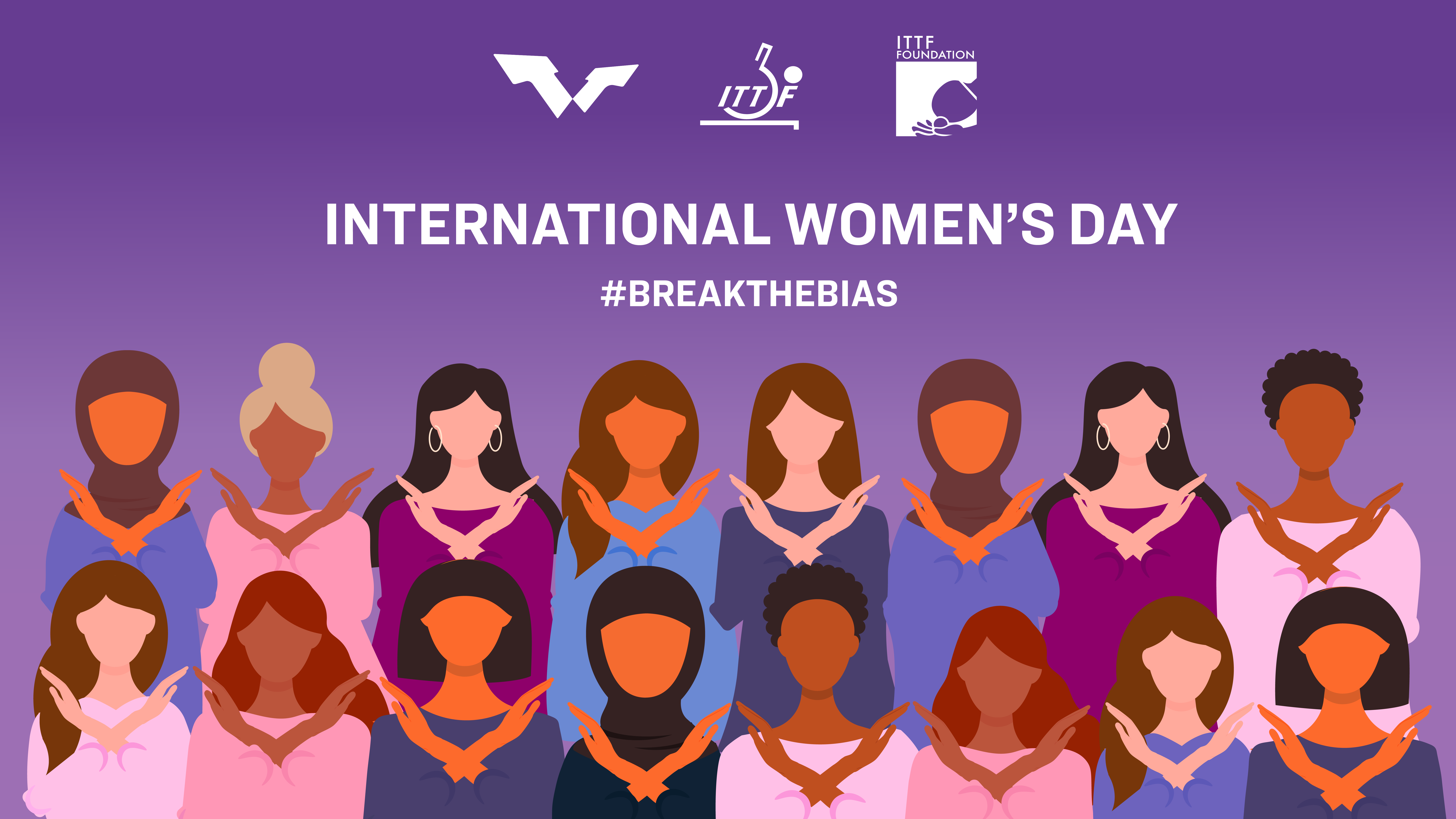 Players, coaches, referees, officials… Representatives from all members of the table tennis community came together in a webinar on International Women’s Day 2022 to discuss, reflect and brainstorm on how to improve gender balance and female empowerment in our sport.

“For gender equality, we need to shift from awareness to change,” she said. “My motto for this year’s International Women’s Day campaign is ‘only together we can make a difference’. We need to make this change together. It is not a gender fight; it is a journey together.“

As the first-ever woman in this position and one of only four women currently presiding an Olympic International Federation, Sörling also promised she “will work extremely hard during [her] mandate to support and create a culture where we can all grow together.”

She was followed by Hajera Kajee, ITTF Gender Commissioner, who reflected on #BreakTheBias, this year’s campaign theme for International Women’s Day.

“Whether it is deliberate or unconscious, bias makes it difficult for women to move ahead in their careers and even personal lives,” said Kajee. “Only knowing that bias exists isn’t enough; action is needed to level the playing field. Break The Bias means ensuring everyone is taught about what both conscious and unconscious bias are, as some of the biggest issues are often assumptions that are made about women, their goals and their ambitions, especially when it comes to expectations around holding a position.”

Then, Katarzyna Kubas and Omar Refaat, from the ITTF High Performance & Development department, emceed a roundtable discussion with the following guests:

The speakers shared their vast and diverse experiences and agreed that, while the ITTF should lead the efforts toward gender equality, every commission should also work to improve their area.

The webinar continued with success stories from the Member Association Assistance Programme “My Gender. My Strength”. Representatives from Uganda, Brazil, Iran, and New Zealand described some of their projects which made a positive difference and further strengthened women’s participation and development in Table Tennis.

The first edition of “My Gender. My Strength” received overbearingly positive feedback and triggered a high level of interest from an increased number of Member Associations across the world. In 2021, for the second edition, 21 Member Associations received financial support and guidance to implement national projects towards women’s table tennis development.

In the final part of the webinar, Julia Tappendorf from the ITTF Foundation gave an overview of the Dreambuilding programme, which supports initiatives that solves problems within their communities. One such project is a Community Table Tennis initiative in India, run by Pro Sports Development, which works to empower young girls and boys to recognize and confront gender-based discrimination, ultimately working towards gender equality in underprivileged communities.

“At ITTF, we commemorate this unique day every year,” she said, “but this year is really special – it is the very first time in our history that we have a female President in the driving seat. Thank you, Petra, for joining us today. We are all very proud of you and your achievements, which I also strongly believe serve as the best possible example that changes can happen. Women and men are all equal. It now needs to be implemented, systematically and thoroughly. By working together, we can definitely break the bias and contribute towards a more gender-balanced Table Tennis community and, hence, society overall.”

You can watch the replay of the webinar on the ITTF YouTube channel.