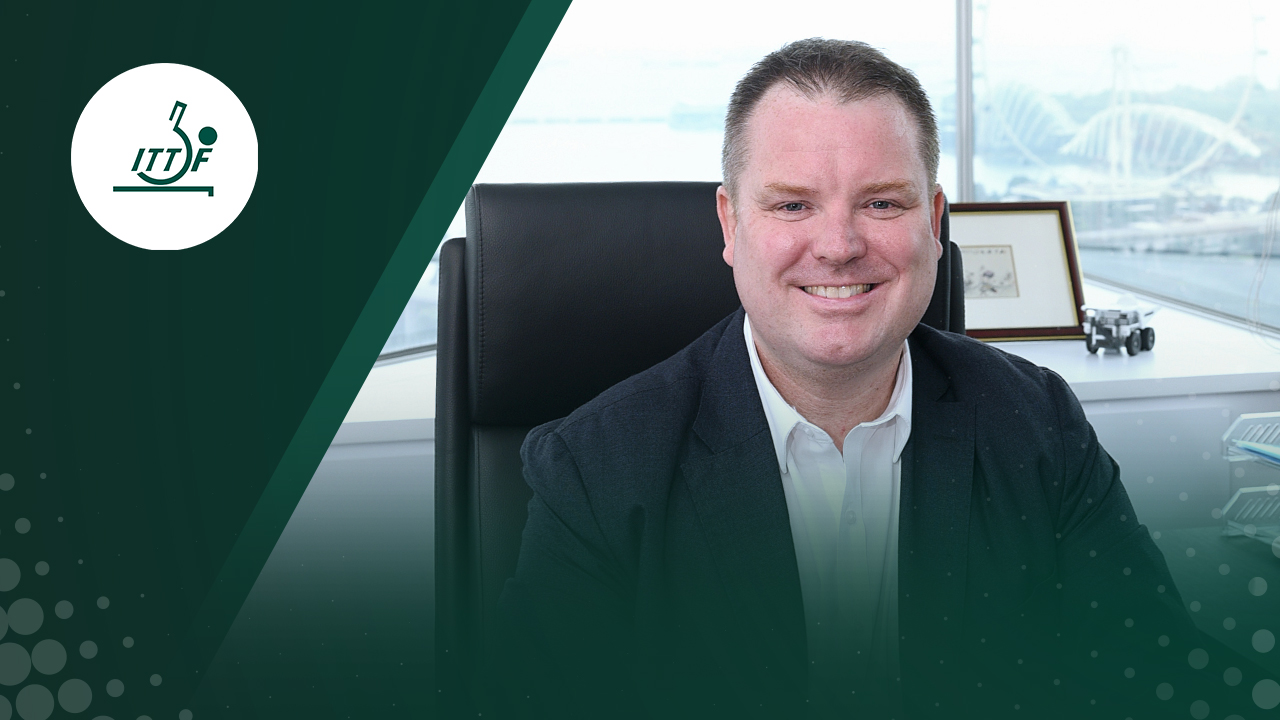 What an exciting week. The first ever World Table Tennis Championships in the Unites States of America. 50 years ago an American teenager Glen Cowan befriended the Chinese superstar Zhuang Zedong at the World Championships in Nagoya, Japan, and sparked the rebuilding of relations between two important Nations – The People’s Republic of China and the United States of America.

Fast forward to 50 years later and Houston, Texas, successfully hosted the first edition of the newly formatted World Table Tennis Championship Finals. And what a journey it was to get there, the twists and turns with COVID-19 which postponed the Olympic Games and which lead to us at certain moments in the last two years massively doubting if the event would even be able to go ahead. Finally, it went ahead with great success with the new format arguably the saviour in these difficult times.

We celebrated 50 years of Ping Diplomacy prior to the event, twice. The CTTA and USATT agreeing to join and form a historical two mixed doubles pairs. And then the centre court dazzled with a full house on the last days, whilst athletes from over 50 Member Associations battled for glory. 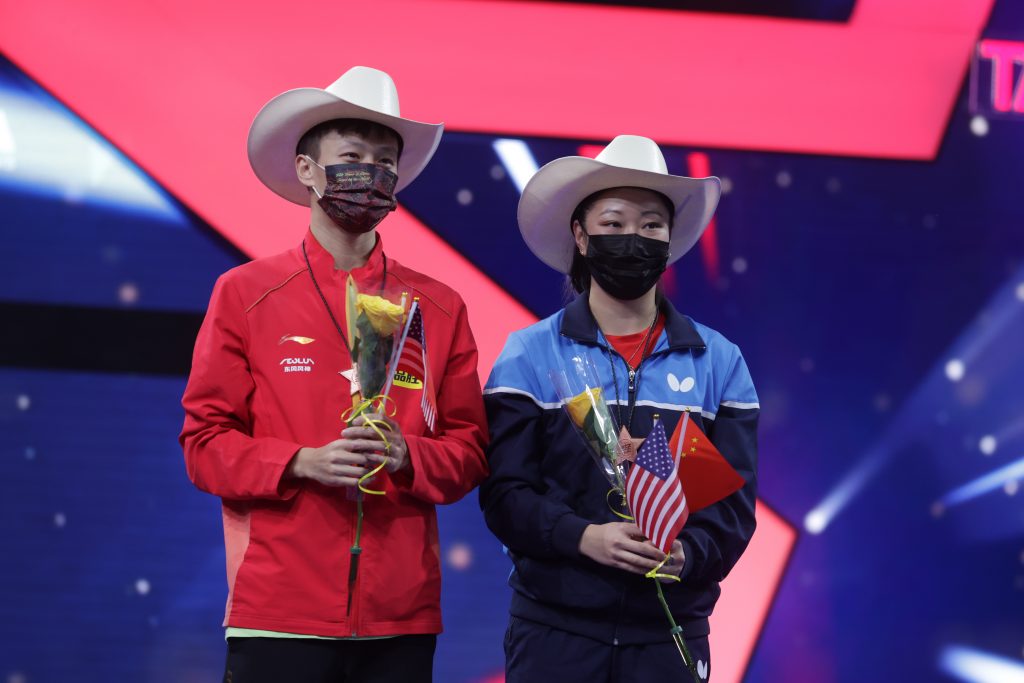 There were so many firsts:

On the table – China again were superb, but with some noticeable absentees it created the chance for other nations to succeed. Fan Zhendong was simply unstoppable without his nemesis there, Wang Mangyu arguably the surprise for the Women as Cheng Meng seemed to be with an Olympic fatigue. Womens Doubles and Mixed Doubles gold rounded out another great WTTC for China.  Sweden with a Gold in the Men’s doubles and silver in the Men’s singles was a fitting timing to the fact that Ms. Petra Sörling from Sweden was confirmed the 8th ITTF President just a few days earlier. Two great table tennis nations with all the gold medals. 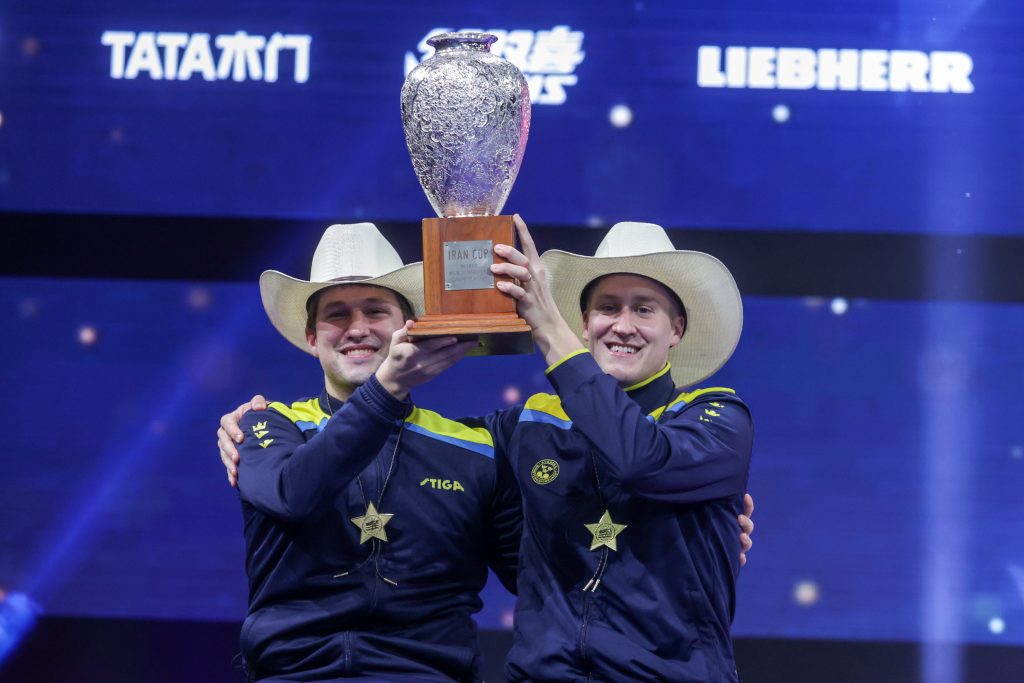 The AGM itself was a topic of discussion at the ITTF for months and months prior, legalities which was a common theme in the last year, playing a major role taking precedent over acting instead in what was best interest for the ITTF and table Tennis. Let bygones be bygones so they say. The election for the Vice President positions was an interesting race with a larger number of candidates than usual which meant a large spread of votes. Most people were surprised to see the eight candidates confirmed in the first round of voting. To those not elected, you are all still very important and we hope you continue to engage for the best interest of our sport.

The Harris County Houston Sports Authority who led the machine behind the scenes were superb. Led by a lady who we can only consider a Dynamo – Ms. Janis Bourke, CEO for HCHSA – solving issues from every single aspect with a very open mind. Simply put, without her and her team the event would not have been possible. Also a honorable mention to USATT who understood the need to work with different parameters than usual and the USOPC for support especially with the majority of the visas, at the end there was only one major visa issue.

To the whole ITTF and WTT staff who supported Janis and her team. To all of you – always underestimated, always dealing with the problems professionally, all under resourced, all doing two, sometimes three jobs at the same time, sincerely without you this ITTF and WTT ship and the events associated would not manage. A special mention to Michael Brown our ITTF Group CFO who sacrificed his time to come to Houston five months in advance to help the LOC in preparing whilst at the same time still trying to manage his usual job. We now just hope HCHSA and Janis will allow him to come back. 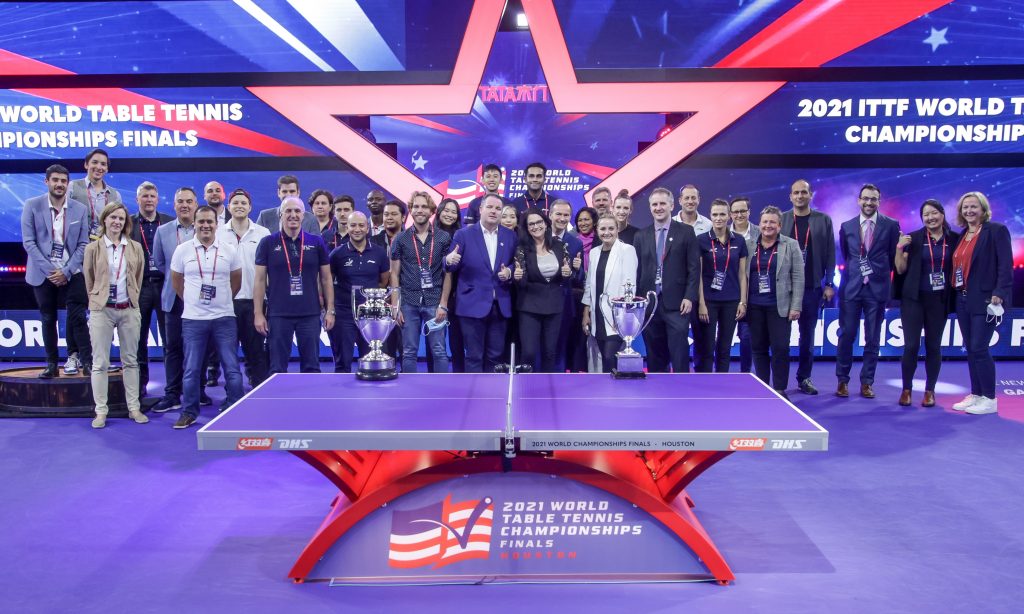 To those on the ITTF Executive Committee who have left us, good luck for the future. Bruce Burton, James Morris, Nestor Tenca and Shi Zhihao who acted as Vice Presidents, we hope you continue to work with us for the future of our sport and continue to support the ITTF, we truly appreciate your service. To our now Honorary President Thomas Weikert, we wish you the best of luck in the upcoming DOSB elections, thanks for the initial trust.

And now a new future can begin. One where peace is needed to allow the new Executive Committee to be allowed to focus on what really is in the best interest of our sport – Table Tennis. Internal fighting helps nothing, we need to see how we compete better against other sports, not ourselves. Focus needs to be about the sport and its growth. WTT delivering major events, improving World Championships, HPD and Foundation helping grassroots – overall development and CSR and last but not least the ITTF ensuring we always have the highest level of governance and regulations. The ITTF Group of stakeholders can now truly grow and ensure our sport has a great future.

Finally I would also like to thank the Houston Methodist Hospital for all their support and help throughout the event. Fortunately, we did not have to deal with anything too serious.

All in all the signals are there that we need peace in our family, we need to be allowed to work for the future of our sport and what is in the best interest of Table Tennis. Those in our family that do not want to act in this way should consider moving on. Those that do should allow, help and work together with us to be able to put in the plans, structure and dreams we believe will ensure we move towards the common objective of making our sport one of the biggest and best in the world.

I now wish everyone the best of luck with the last two major events of the year – the WTT Cup Finals and the World Youth Championships. We have really finished the year on a high. I have promised the team and myself a break over the New Year period, they need it and I need it so we can make the next few years even more successful.