“It was like that for us in the semi-final when went 2-0 down and then bounced back to win the encounter. But we knew that it would be tougher in the final against Khanin and Trigolos. It was 2-1, 7-4 in the semi-final and 2-1, 7-3 in the final. We are so happy to win our first WTT Mixed Doubles title because, in Qatar, we lost in the final. Here we started as top seeds and won. It will be good for our ranking,” said Lebesson.

The two top seeds Sofia Polcanova of Austria and Adriana Diaz of Puerto Rico, ended their journey to the podium in the semi-final stage of the Women’s Singles after losing to the Czech Republic’s Hana Matelova and Xiaoxin Yang of Monaco on Day Three.

“Actually, I don’t know how I did it because it is amazing and unbelievable. Now it is hard to find the right words, but I am very happy because I played one of the best matches here. I was a bit lucky in the second set because she was leading 1-0, but I managed to win, and from here, it became an open match. And in the last two sets, I was the better player. I am looking forward to playing in the final because for a very long time, we have not played, and now I will rest and prepare for the final,” said Matelova.

Second seeds Swedes Linda Bergstrom and Christina Kallberg ended the excellent run of Italy’s Debora Vivarelli and Giorgia Piccolin in the semi-final by beating them 3-0 (11-5, 11-6, 11-9) in the Women’s Doubles

Top seeds Nandor Ecseki and Adam Szudi of Hungary were one game away from victory in the semi-final of the Men’s Doubles. Still, a massive comeback from fourth seeds Sathiyan Gnanasekaran and Harmeet Desai of India edged out the Hungarians. The Indians recovered on time to win the tie at 3-2 (8-11, 12-14, 11-9, 11-8, 11-9).

Despite ending the run of top seed Patrick Franziska of Germany in a keen contest match in the quarter-final of the Men’s Singles, qualifier Filip Zeljko of Croatia exited the tournament in the semi-final stage after losing 4-0 (13-11, 11-4, 11-9, 11-9) to Dang Qiu of Germany. 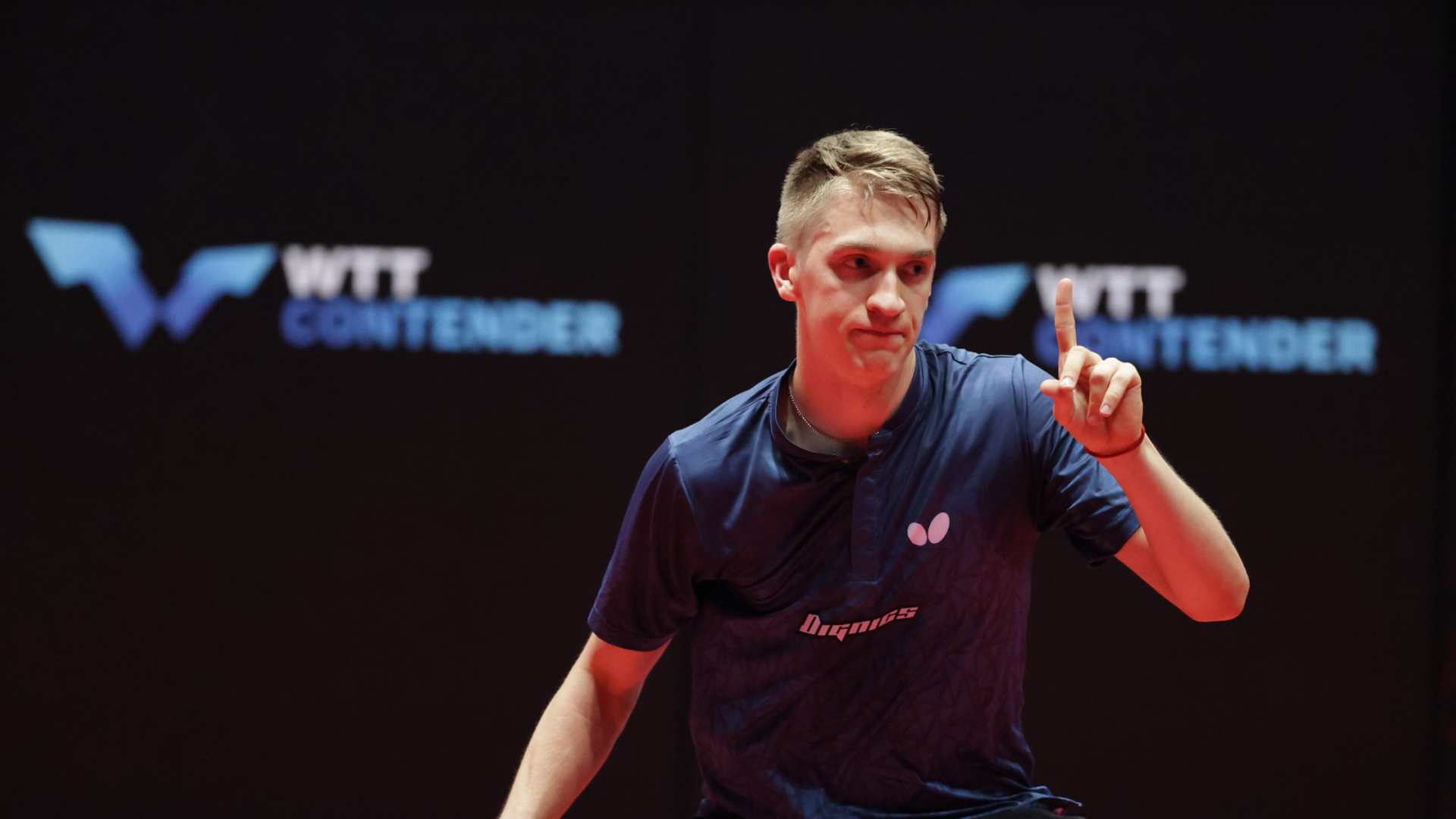 The Women’s Doubles final will kick-start the morning session of Day Four of WTT Contender Tunis as second seeds Linda Bergstrom and Christina Kallberg of Sweden battle for the title against Switzerland’s Rachel Moret and Belarus’ Daria Trigolos.

The Men’s Doubles final will follow with India’s Sathiyan Gnanasekaran and Harmeet Desai taking on Emmanuel Lebesson and Alexandre Cassin of France.

The Women’s Singles final will take centre stage in the afternoon session as Xiaoxin Yang of Monaco aims for the second WTT Contender title when she takes on Hana Matelova of the Czech Republic.

The climax of Day Four is the Men’s Singles final match as Dang Qiu of Germany aims for his first WTT Contender title against Anton Kallberg of Swede.

Visit to London for ITTF Leadership