The Bella Italia EFA Village Sports Hall in Lignano welcomed some of the sport’s most exciting young players on Sunday 24th October for the official opening of WTT Youth Contender Lignano 2021. Group stage matters in the Under-13 and Under-17 Boys’ Singles events were the primary focus on day one. 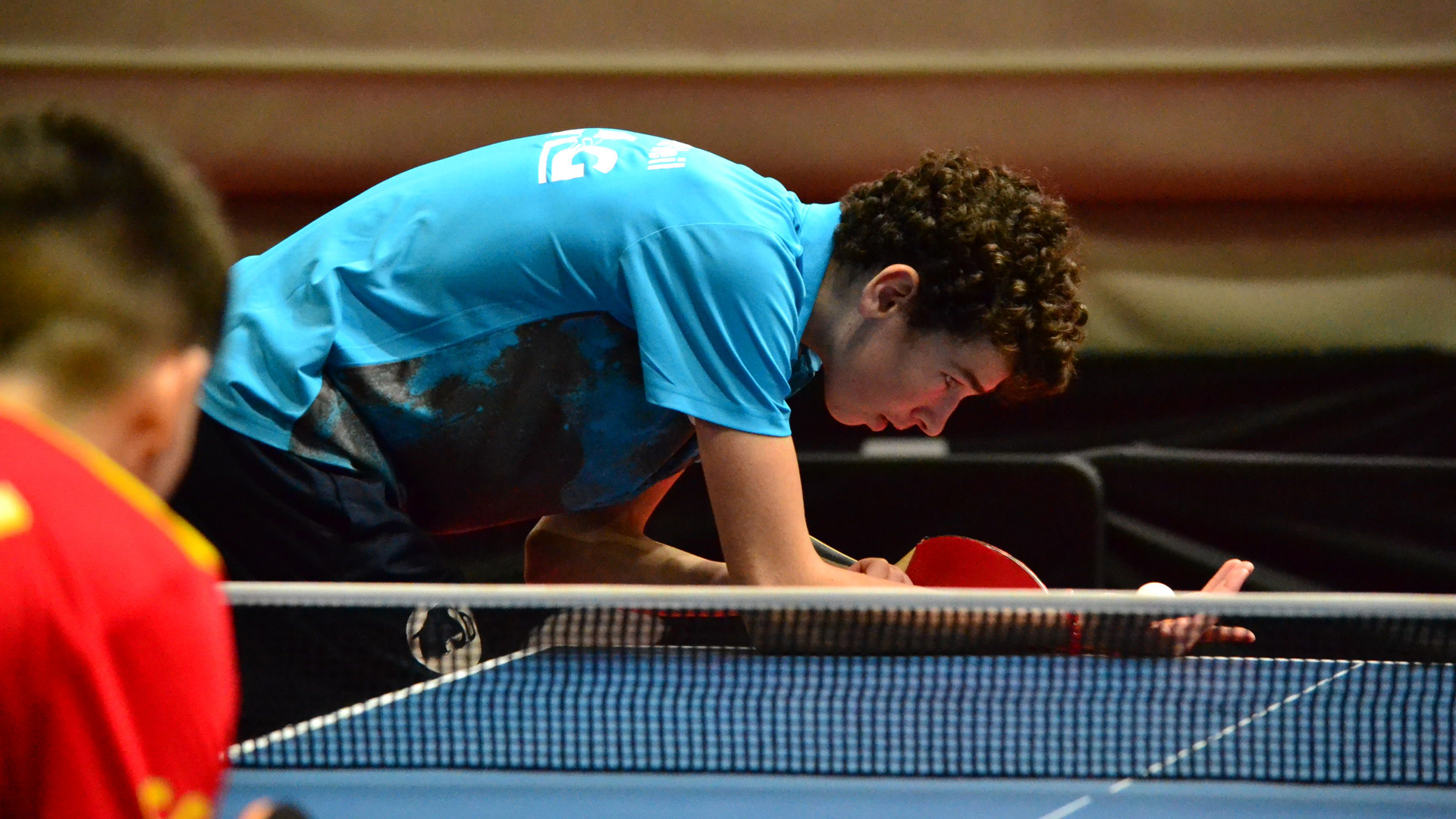 A leading figure in the Under-17 race, Remi Chambet-Weil accomplished his first of many goals in Lignano, with the Dutch player successfully topping his group. Opening his account with a four-game victory over Austria’s Mark Juhasz (8-11, 11-3, 11-2, 11-7), Chambet-Weil followed up by beating Spain’s Hugo Urquizar (11-9, 11-8, 11-7) to secure his ticket to the knock-out rounds.

“In the first match, I lost the first game to Mark Juhasz, but then I managed to play better with my serve and receive, and I won three games in a row. The second match against Hugo Urquizar was harder even though I won 3-0. My opponent was good and played good topspin on the table. In the end, I succeeded. I am quite satisfied with my game, and I am happy. In the main draw, I would not be disappointed if I reached the quarter-finals. The semi-finals would be really a great goal for me as it would be my first international podium in the Under-17s. The level is high, and many of the players have the opportunity to do well. It’s important for me to play my best in every match,” said Remi Chambet-Weil

“I played two very different matches. In the first, I defeated Martin Vaigl 3-0, while in the second, I was losing 0-2 against Noah Hvid. In the third game, I saved three match points, and it was the most important turning point. In those moments, I was relaxed because I did not have anything to lose, and I played in a more aggressive way. In the main draw, I want to play solid matches and to go as far as possible. There are many opponents who are strong and have the opportunity to win,” said Rino Vidan

As anticipated, the top five-ranked entries progressed from the group hurdle, but there was no such joy for sixth-ranked Timothy Falconnier. The Swiss hopeful was hit with an early setback in group six, with Czech Republic’s Filip Vondracek holding the upper hand in their head-to-head (11-9, 12-10, 2-11, 11-7). Falconnier’s elimination was confirmed soon after as he failed to convert a two-game lead against Welsh counterpart Louie Evans (9-11, 7-11, 11-5, 11-7, 11-8).

Davide Lorenzo Simon capitalised on home advantage as the Italian competitor earnt passage to the Under-13 Boys’ Singles knock-out phase. Simon’s standout performance came in his second group fixture as he fought back from two games down to defeat Austria’s Franciszek Jerzy Kolodziejczyk 3-2 (10-12, 10-12, 11-7, 13-11, 11-3).

Group nine favourite Charles Jacques Janssens was left stunned after suffering an early exit despite claiming victory in two of his three group matches. Belgium’s Janssens was left ruing his luck in the third and final fixture, losing out to Austria’s Patrick Skerbinz (9-11, 11-5, 12-10, 11-9), who ultimately went on to top the group.

Day two in Lignano welcomes the opening stages of the Under-11, Under-15 and Under-19 Boys’ Singles events, with group stage activities taking place from 0900 to 1630 local time. The attention then shifts to the Under-13 and Under-17 draws as both events play from the quarter-final hurdle to completion.