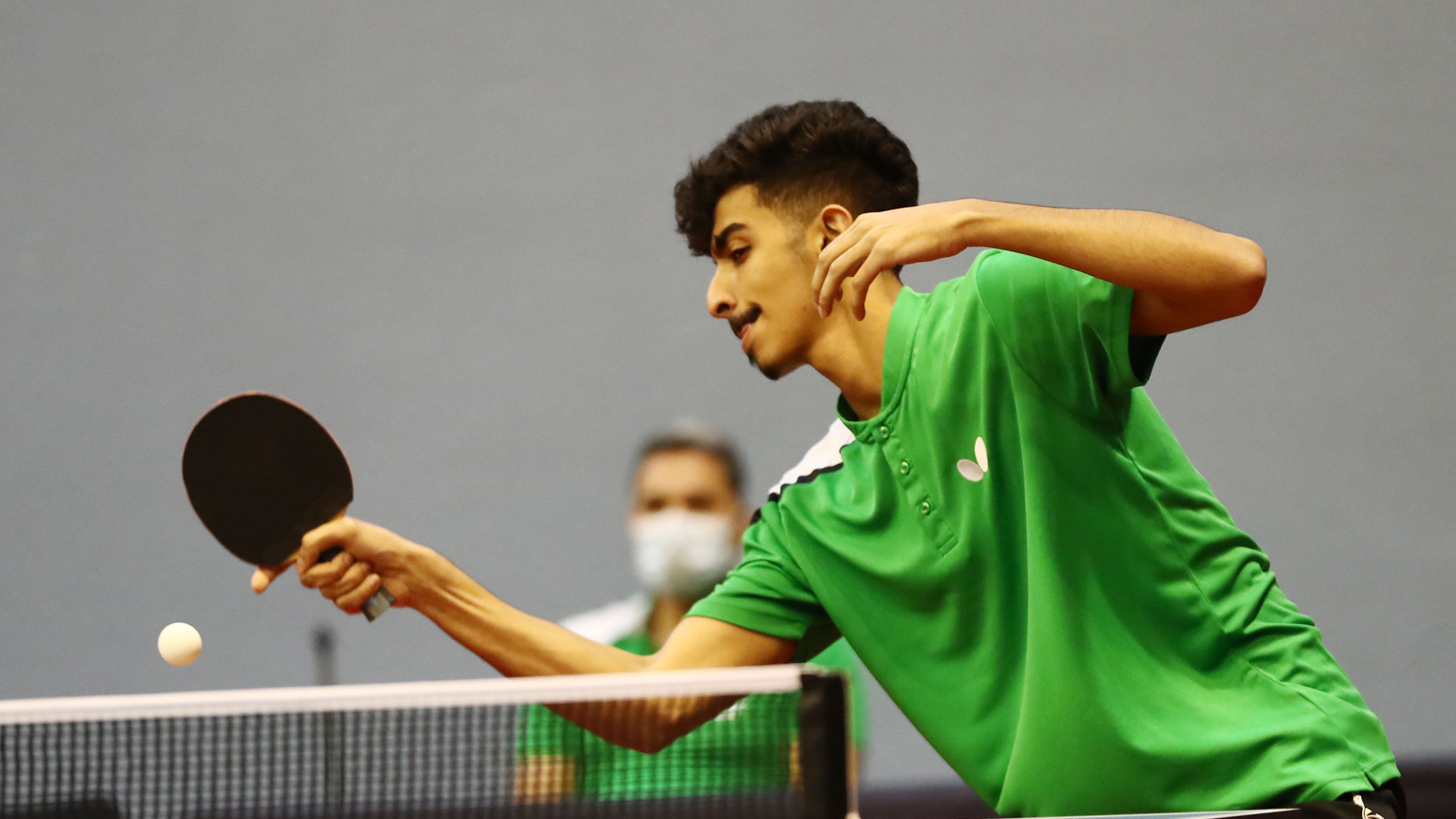 One of the key contenders in the Under 17 Boys’ Singles picture, Saudi Arabia’s Khalid Alshareif was made to work hard in his pursuit of a semi-final spot. Alshareif couldn’t have asked for a brighter start to his campaign, coming through his opening three fixtures without dropping a game. However, the second-highest ranked player on duty endured a sterner test at the quarter-final hurdle, squeezing past Yemen’s Ebrahim Abdulhakim Gubran 3-2 (10-12, 11-9, 11-5, 7-11, 11-4) to extend his stay.

World number 30 Preyesh Suresh Raj was one of the day’s most significant casualties, with the Indian hopeful losing out to Kazakhstan’s Alan Kurmangaliyev, ranked 55th, in the Round of 16. Kurmangaliyev racked up another victory later in the evening, fighting back from a game down to beat Iran’s Samran Karimi 3-1 (5-11, 11-9, 11-8, 11-8).

The top-four ranked entries remain in the Under 13 Boys’ Singles title race, with three of the players left standing hailing from Qatar.

Placed at the very top of the draw, Ahmed Korani stormed through his group with little trouble and was just as commanding in the knock-out rounds. Taking down fellow Qatari player Yousif Abdalla in the Round of 16 (12-10, 11-5, 11-8), Korani followed up with another 3-0 win one round later as Sri Lanka’s Lankitha Dewmeth Saranath Weerasena bid his farewells (11-4, 12-10, 11-3). Sultan Al-Kuwari awaits Korani in an all-Qatari semi-final encounter following his mini-comeback win over Uzbekistan’s Diyorbek Kenjaev (10-12, 11-4, 11-4, 11-6).

Play resumes on Monday with group stage action from the Under 11, Under 15 and Under 19 Boys’ Singles events taking centre stage from 1000 through to 1745 local time. Then, from 1800, the final four duke it out in the Under 13 and Under 17 events before the day closes with back-to-back title contests from 1915 local time.