Tveit Muskantor draws attention on day one in Belgrade

WTT Youth Contender Belgrade 2021 is officially underway, with Monday 27th September playing host to the first of three days of Girls’ Singles action. Sweden enjoyed its fair share of the spotlight on a fascinating opening day, with Leah Tveit Muskantor amongst the standout competitors in the Under 17 Girls’ Singles event. 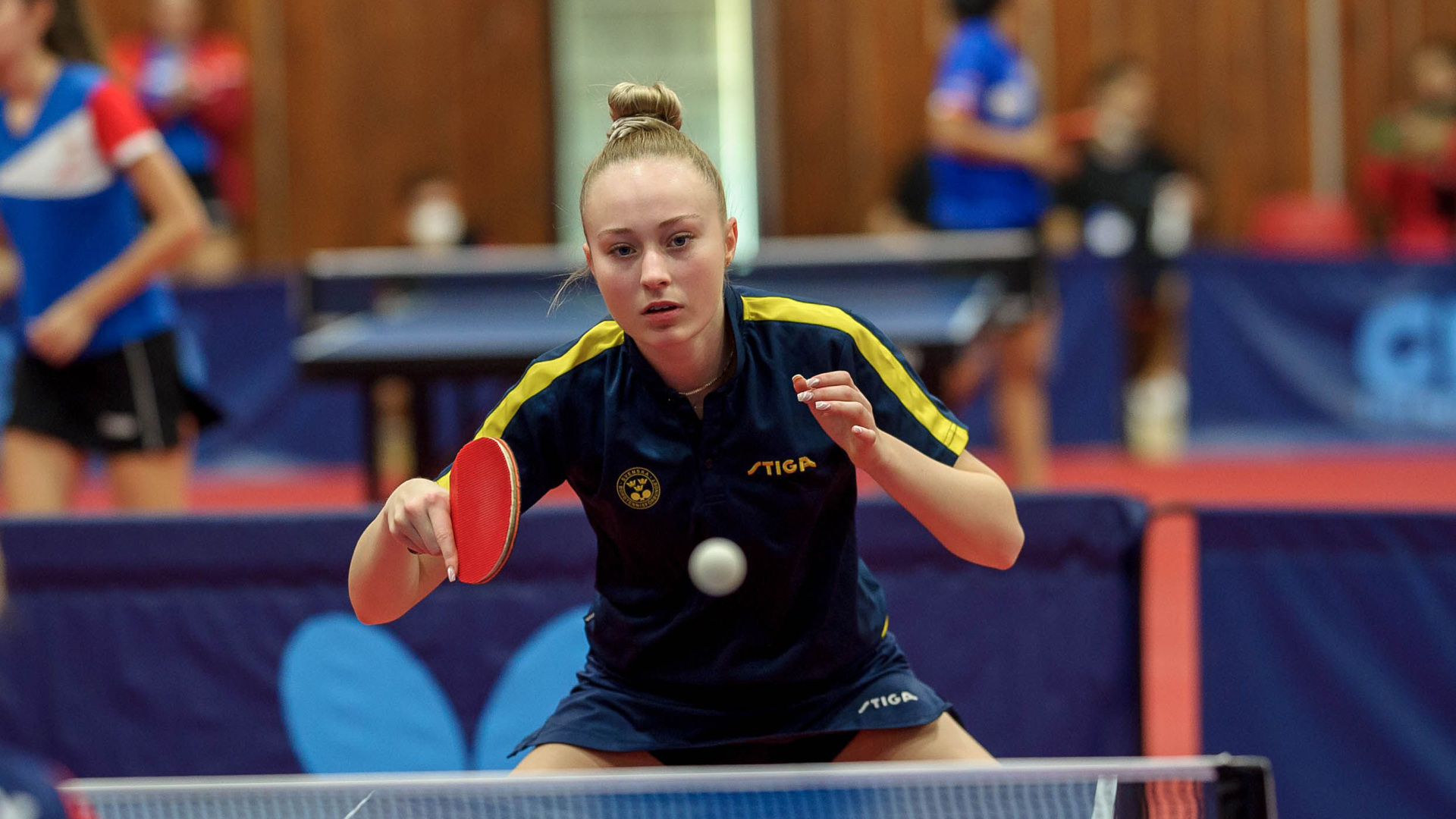 Finishing ahead of the host nation’s Katarina Gvozdenovic and Norway’s Filippa Skjold-Hinze in group five, Tveit Muskantor displayed great character to edge past Hungary’s Anna Volentics in a roller coaster Round of 16 affair (11-8, 9-11, 11-8, 8-11, 11-8). Playing with an air of confidence, Tveit Muskantor went on to secure her passage to the semi-finals a little later in the evening, eliminating Portugal’s Matilde Pinto (11-6, 3-11, 11-7, 11-6).

“The day started a little bad for me, but it got better, and I played really well in the last match. I’m just going to try and play my game, and hopefully, I will win,” said Leah Tveit Muskantor

Another player who experienced an eventful day in Belgrade was Hungary’s Dorottya Tolgyes. Second-ranked Tolgyes was fortunate to extend her stay beyond the Round of 16 after being forced down to the wire by Serbian counterpart Tamara Turkonje (10-12, 13-11, 11-7, 9-11, 11-8). Fighting back from a game down to defeat Portugal’s Mariana Santa Comba (12-14, 11-4, 11-4, 11-7), Tolgyes now moves on to face Tveit Muskantor for a place in the final.

“This was a very hard day for me because this is my first international competition since Covid. I’ve been injured, so I started playing again two or three weeks ago. Just playing is a big gift for me. I hope for another good performance tomorrow as I’m playing against Muskantor, who is playing very well, so I have to focus and play my game,” said Dorottya Tolgyes

The Under 13 Girls’ Singles event also commenced on day one, with Germany’s Koharu Itagaki emerging as one of the lucky four players with a semi-final ticket. Prevailing in all three of her group stage fixtures, Itagaki then produced a thunderous display to see off Croatia’s Franka Miskic, winning 33 out of the 38 points in their head-to-head (11-1, 11-1, 11-3).

“I was very nervous before my first match because it is the first international event that I’m representing Germany. I was able to play my game despite my nerves. I’m very happy and looking forward to tomorrow’s semi-final,” said Koharu Itagaki

“I didn’t have very difficult matches today. I’m looking forward to reaching the final here. The level is very close, so anyone can win,” said Zlata Terekhova

Tuesday’s schedule in Belgrade sees the introduction of the Under 15 and Under 19 Girls’ Singles events with group stage matters to be decided. Meanwhile, three titles will be presented on day two, with the Under 11, Under 13 and Under 17 events playing to a conclusion.

Names to note in team events continue to shine