Close shaves for Sidorenko and Hodaei

One of Russia’s finest young talents, Vladimir Sidorenko was forced to dig deep in his Men’s Qualifying Singles round three fixture. The 19-year-old showed maturity beyond his years as he successfully held off a courageous recovery effort from French opponent Joe Seyfried (11-6, 12-10, 7-11, 10-12, 11-7) to take his place in the round of 32.

Iran’s Amir Hossein Hodaei also faced a test of nerves in his third-round meeting with Serbia’s Dimitrije Levajac. Contesting a full distance affair with twists and turns at every corner, Hodaei and Levajac produced a thrilling spectacle for all to enjoy, with the former of the two holding the slight edge (5-11, 11-6, 15-13, 9-11, 11-7), earning his passage to the main draw in the process. 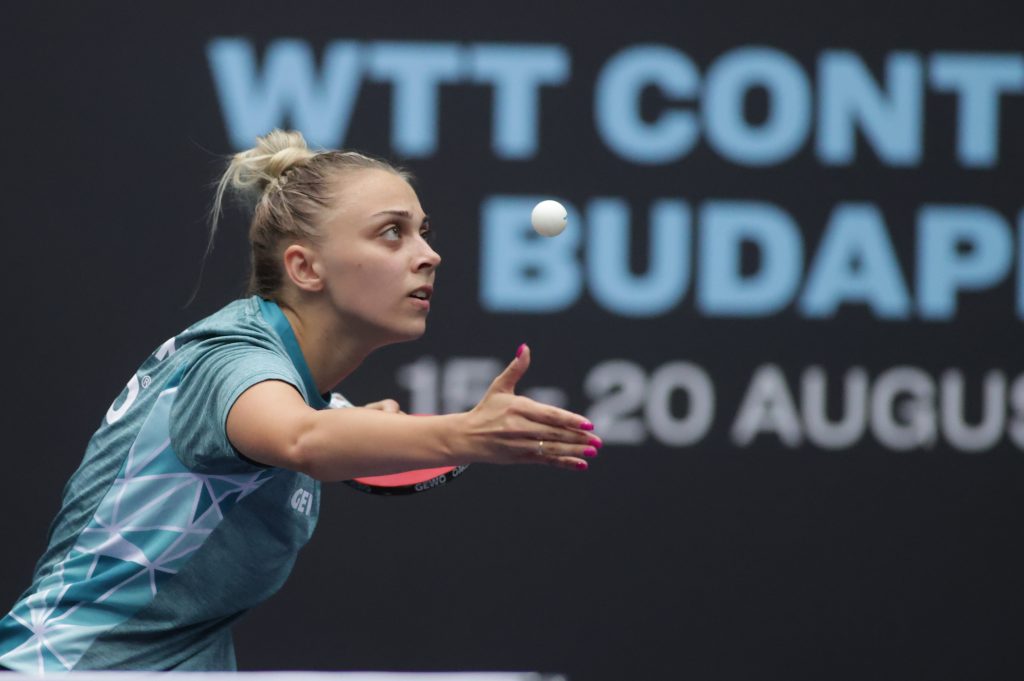 Surjan prevails in the face of pressure

One player who was surrounded with great interest in Women’s Qualifying Singles was Sabina Surjan. Placed at the top of the draw, Surjan was amongst the favourites to reach the main draw in Budapest. However, the Serbian came mightily close to falling in her opening match as India’s Diya Parag Chitale narrowly missed out on an astonishing comeback win (12-10, 11-3, 5-11, 8-11, 11-6).

Defeat for Chitale, but two of her fellow Indian competitors did manage to extend their stay after beating opposition from Serbia. Reeth Tennison and Sreeja Akula were the two players to emerge successful for India following respective victories over Tijana Jokic (7-11, 11-9, 5-11, 11-3, 11-8) and Dragana Vignjevic (11-5, 11-9, 6-11, 11-9).

There was another notable win for the host nation in Men’s Qualifying Doubles as David Szantosi and Erik Huzsvar stepped up to the task. Facing fierce opposition from the Russian combination of Aleksandr Tiutriumov and Sadi Ismailov, Hungary’s Szantosi and Huzsvar displayed great togetherness, particularly in the tense closing stages of the match to secure a magnificent result (5-11, 12-10, 11-6, 3-11, 11-7).

In Women’s Qualifying Doubles, one pair stood out in particular as players from two nations joined forces to land their ticket to the round of 16. Croatia’s Andrea Pavlovic and England’s Denise Payet may hail from different countries, but the duo possessed a clear understanding of each other’s game as they overcame Slovenia’s Ana Tofant and Katarina Strazar 3-1 (11-6, 11-4, 7-11, 11-9).

With qualifying drawing to a close, the action resumes on Tuesday 17th August as attention shifts to the main draw.

Women’s Doubles top seed Olga Vorobeva and Yana Noskova take to the table in the day’s opening session as the Russian pair faces off against Hungary’s Leila Imre and Leonie Hartbrich from 10.00 local time. Then, from 11.20, Adam Szudi and Nandor Ecseki, seeded first, open their Men’s Doubles account in opposition to fellow Hungarians Akos Kishegyi and Oliver Both.

Russian defender Polina Mikhailova and England’s Tin-Tin Ho meet on table one from 14.00 as the Women’s Singles round of 32 gets underway, before the Men’s Singles event takes centre stage from 17.00 to 19.00 with Liam Pitchford, Quadri Aruna and Sathiyan Gnanasekaran, all featuring. The day concludes with the first glimpse of the Mixed Doubles draw, with round of 16 action scheduled from 20.30 to 21.10.