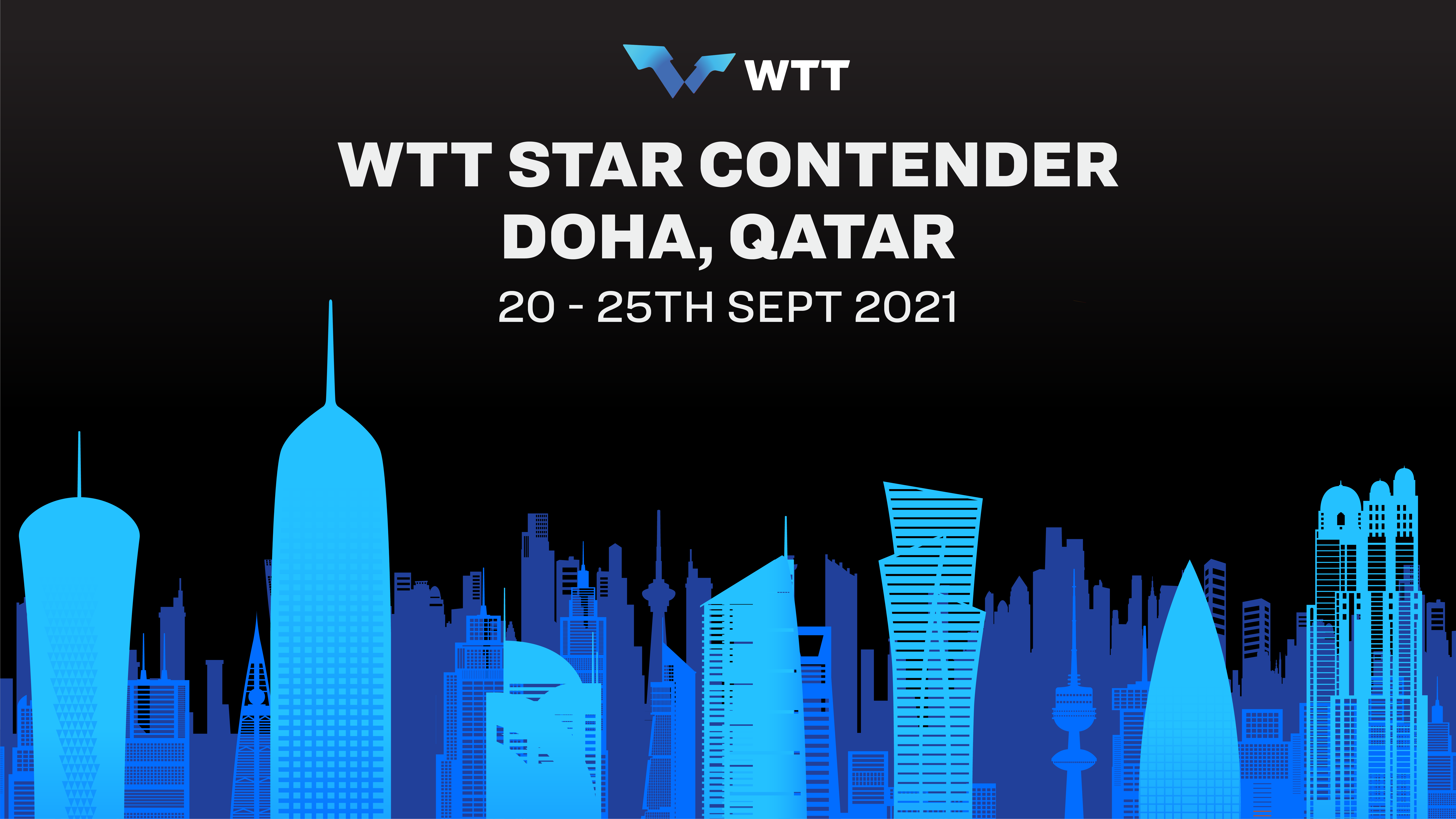 WTT will make its return to Doha with a second WTT Star Contender in September, following its successful debut there earlier this year with the WTT Middle East Hub.

To be held at the Lusail Sports Arena from September 20-25, WTT Star Contender Doha will be the third WTT event in Qatar in 2021 and offers 600 ITTF Table Tennis World Ranking points and a USD 200,000 prize purse.

Table tennis fans can once again look forward to a whole new presentation of table tennis with the eight-sided court and centralised TV production and some of the worlds best players on show that captivated a global audience in March.

Amid the ongoing COVID-19 pandemic, stringent COVID-19 management measures will continue to be in place to ensure the events remain safe for all involved, with all athletes, staff, officials, and media required to undergo routine PCR testing, maintain social distancing and wear masks at all times.

President of Qatar Table Tennis Association and ITTF Deputy President, Mr Khalil Al-Mohanndi, said: “Following our success with the WTT Middle East Hub in March where we played our part in making table tennis history in Qatar, we are excited to welcome the return of the event and bring together some of the best players in the world to compete at the highest level again.

“It is a good opportunity for Doha to again host a WTT event, due to the best Asian players already committed to travel Qatar. Because of the pandemic we need to maximise maximise events when international travel is still so difficult.”

WTT Star Contender events sit in the third tier of the WTT Series, as part of the revamped event structure that WTT, a commercial and events subsidiary of the International Table Tennis Federation (ITTF), has created.

As part of WTT’s commitment to host events in the second half of 2021, WTT Contender Budapest is set to become the first-ever WTT Series event in Europe when it gets underway at the Budapest Olympic Sports Hall on August 15.

WTT Contender Budapest is the fourth tier within the WTT Series structure. It offers a total prize purse of US$75,000 and 400 ITTF Table Tennis World Ranking Points across men’s and women’s singles and doubles and mixed doubles competitions.

Successfully launched in 2021, WTT heralds a new era for professional table tennis with the new WTT Series showcasing the sport’s best and up-and-coming table tennis players in up to 34 events around the world. The WTT Series features four Grand Smashes as the pillars of the support, eight single-table, single-gender WTT Champions events, the WTT Contender Series and the season-ending WTT Cup Finals, all of which will entertain fans and inspire future generations of table tennis players. Complemented by the global WTT Youth Series and WTT Feeder Series, WTT creates a pathway that showcases the journey of a player from day one to World No. 1 through the ITTF Table Tennis World Rankings. For more information, please visit worldtabletennis.com