Chinese legend Ma Long together with Women’s world number one Chen Meng are amongst the six players who will represent China as it unveiled its Tokyo Olympics table tennis team today. 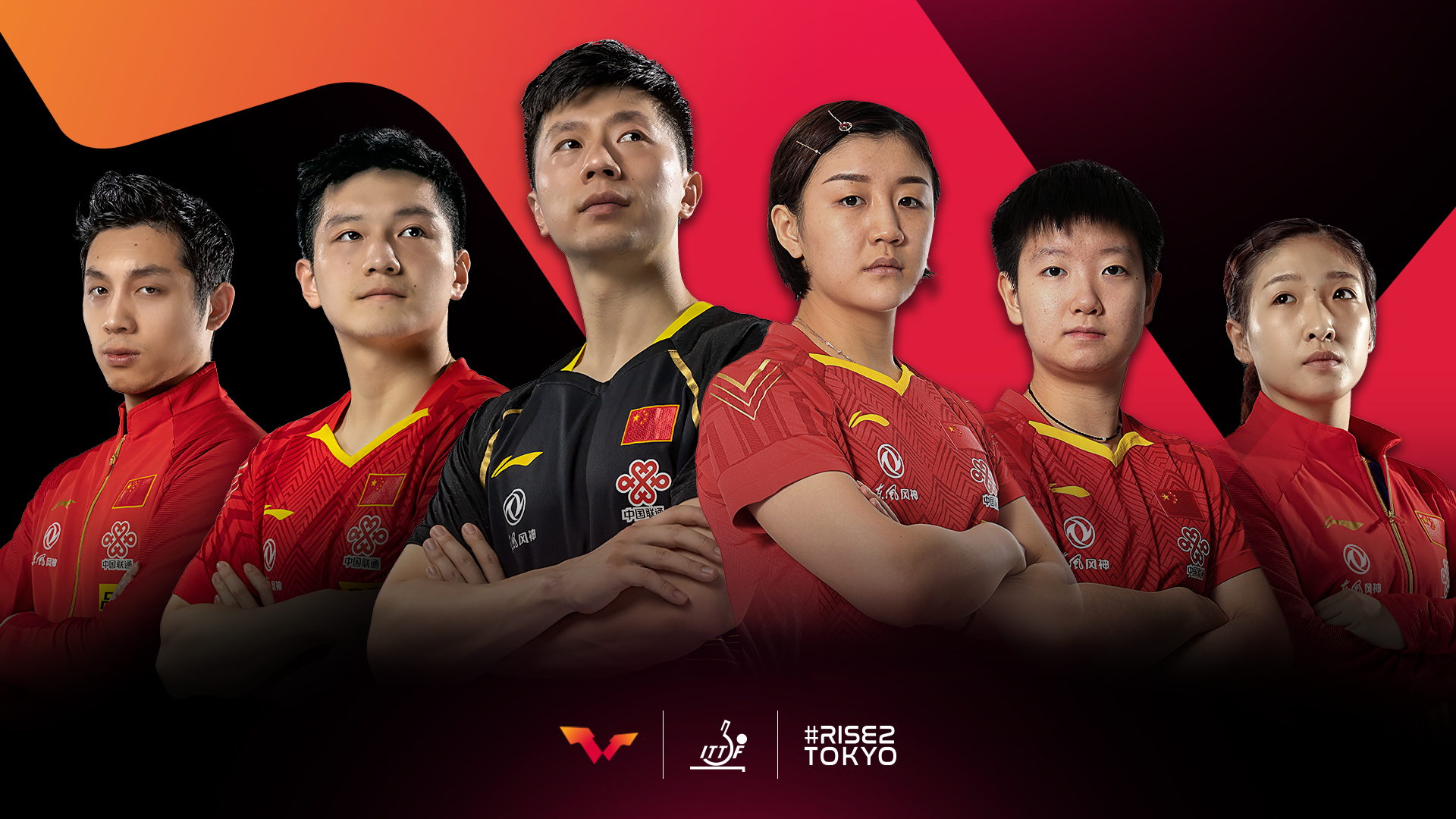 Chinese legend Ma Long together with Women’s world number one Chen Meng are amongst the six players who will represent China as it unveiled its Tokyo Olympics table tennis team today.

Men’s world number one Fan Zhendong has been selected and will spearhead Team China’s challenge in the Men’s singles alongside Ma with compatriot Xu Xin joining  them in the Men’s team event.

In the Women’s singles, Chen will lead China’s challenge with Sun Yingsha, who is ranked third in the world.  More firepower has been added with current singles World Champion Liu Shiwen joining Chen and Sun in the Chinese delegation.

Reigning World Mixed Doubles champions Xu and Liu will represent China in their quest to win a first ever Table Tennis Mixed Doubles medal as the discipline makes its debut at Tokyo 2020.

Chen, the defending ITTF Finals champion, has owned the world number one spot  since June 2019 and will be seeking to win her Olympic breakthrough in the Japanese capital.

Table tennis has long been considered the national sport of China and expectations will be high for the team to deliver gold in all five events. .

Since table tennis became an official Olympic medal sport at Seoul 1988, Chinese athletes have dominated the sport winning 28 of a possible 32 gold medals up to Rio 2016. From Seoul 1988 to Rio 2016, China have won 53 medals including 28 golds, 17 silvers and 8 bronzes in table tennis.

The rescheduled Summer Olympic Games in Tokyo will be held from 23 July  to 8 August with the Table Tennis competitions set to take place at the Tokyo Metropolitan Gymnasium from 24 July to 6 August, 2021.

More information can be found at https://olympics.com/en/sports/table-tennis/