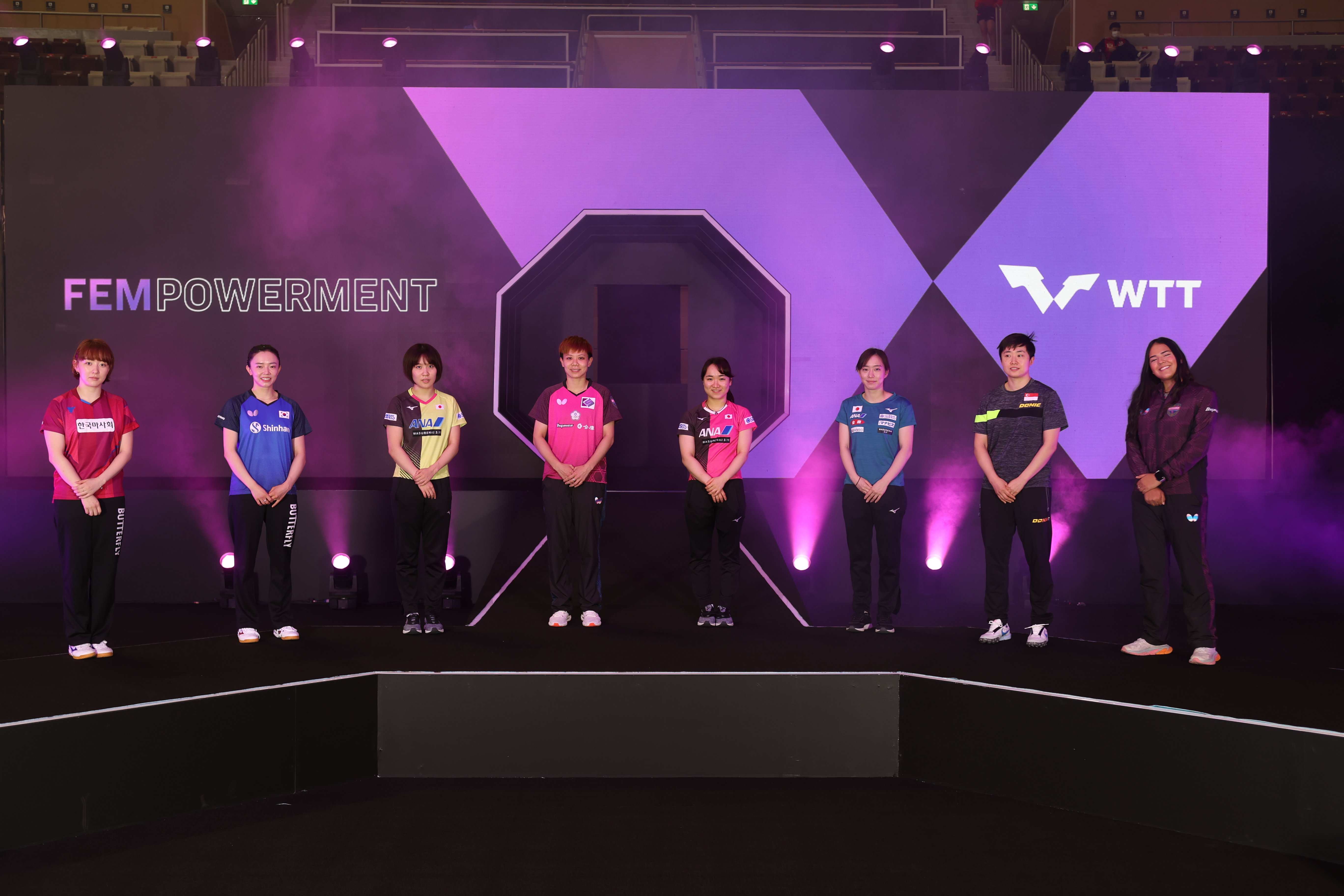 To mark this significant day, World Table Tennis (WTT) has scheduled all eight available singles matches to be played as women’s singles matches, showcasing the female stars of table tennis on table one at this week’s WTT Star Contender, Doha.

The celebrations will also invite table tennis fans to celebrate and strengthen female participation in table tennis, focusing on their goals and incredible athletic performances.

As part of the FEMpowerment campaign, the colour purple, often associated with International Women’s Day, will be rotated with the distinctive black branding of WTT on the LED surrounding the table during the women’s singles matches. Advertising messages promoting World Table Tennis as Women’s Table Tennis and Celebrating International Women’s Day will also be prominently featured.

To encourage female participation in table tennis, supporters of the FEMpowerment campaign photos are invited to create strong poses on social media with the hashtags #FEMpowerment and #WorldTableTennisDay.

The campaign will conclude at the end of April to give fans more time to celebrate and gradually coincide with the World Table Tennis Day which has also been dedicated to women and girls on April 6.

Table tennis has long been used as a tool by the ITTF Group to raise awareness for gender equality and female empowerment. Much progress has been made in recent years and one of the most significant milestones includes the establishment of equal prize money for women’s and men’s players at ITTF and WTT hosted events.

Around the Globe on World Table Tennis Day 2021