Colourful racket coverings will arrive later this year. Many challenges had to be overcome along the way but we finally have our four new colours to choose from: pink, violet, green and blue. 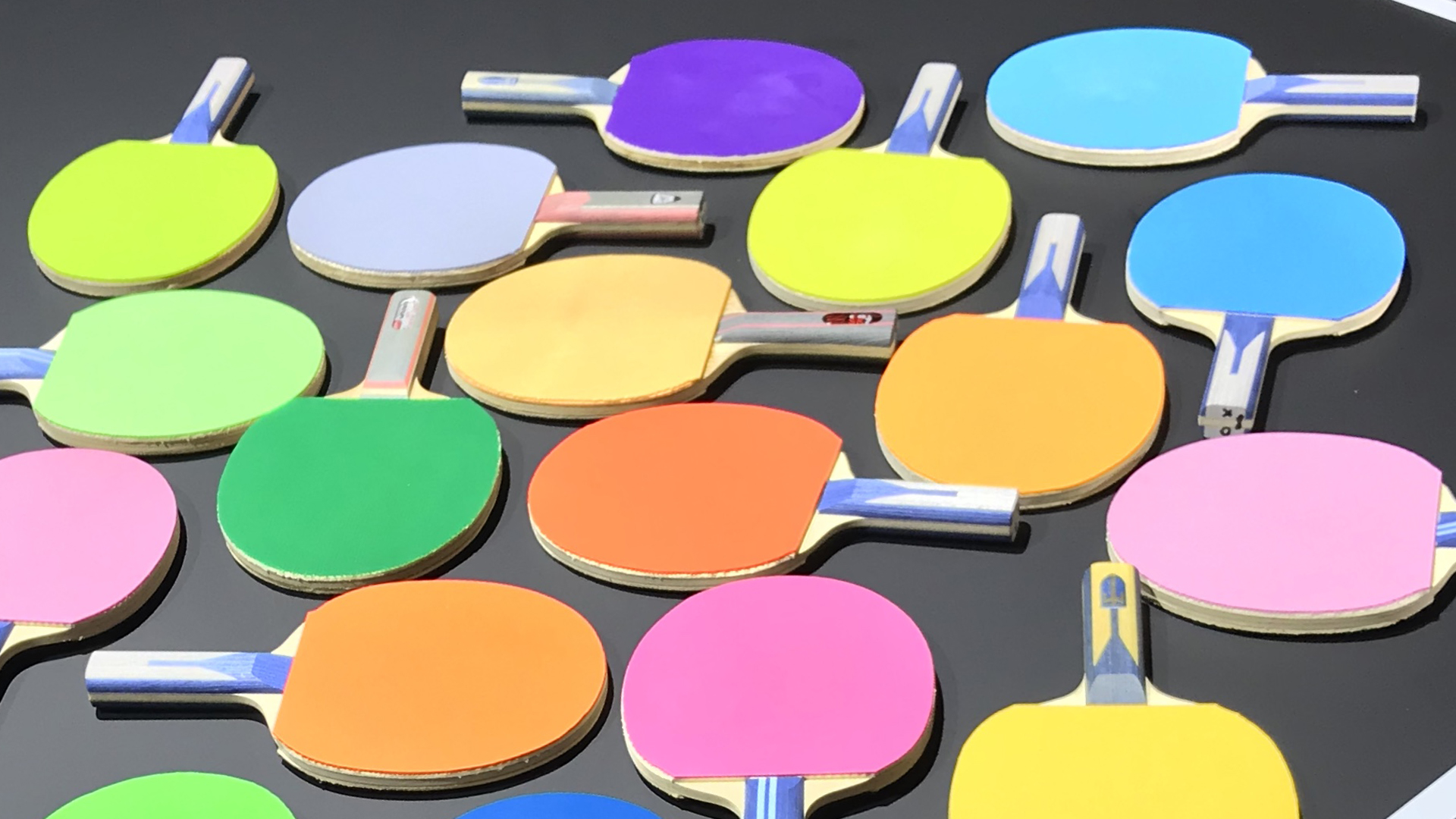 Colours generally evoke many emotions in people and this is no different with coloured table tennis racket coverings. When we analyzed reactions to the topic on social media over the past few months, the mood was mixed: one third were very happy, one third were totally against – and the rest simply didn’t mind.

At the ITTF Annual General Meeting (AGM) in 2019, more than 75% of the world’s delegates voted in favour of extending the colours of coverings. The result was not only a surprisingly large majority in favour of new flooring colours, but also a clear statement approving of a paradigm shift in materials.

The choice of colours had two limitations from the very beginning: the colour of the balls and the black covering, which was to remain unchanged. Accordingly, the aim was to define new colours and shades that were clearly distinguishable from ball colours and black surfaces. This may sound trivial, but it is a demanding task because the range of colours and their gradations is vast.

Step by step to the right colours

Finding the answer to such questions, we proceeded in several steps. At the beginning we defined the colour space according to “CIELAB”, a standardised colour space that defines the perceivable colours in a three-dimensional space.

On a first large set of samples, which included all colours with graded shades, we were able to visually determine which samples were certainly out of question and which ones were to be tested. This limited the options considerably.

For each critical colour shade, samples were then produced in three different nuances, which had to be tested in action at the table. We tested in two different locations. Once with natural daylight in the background and once in a professional showroom without daylight. Naturally, we also approached the professionals for feedback last year at the T2 tournament in Singapore and the response was positive.

Another interesting aspect of the trial was the discovery that top athletes in particular reacted very sensitively to changes in the material and details are often very important.

After this test we defined the four new colours: pink, violet, green and blue, as well as the permitted colour spaces in which the brands are now allowed to develop new products. We wanted to start cautiously, because we can always add new colour shades at a future date. In the middle of November the Board of Directors approved our definition meaning from 1st October, 2021 the new colours will be on the market.

We are of the opinion that table tennis is colourful because it is such a diverse sport. We also have the impression that many players find it important to customise their material and coloured rubbers will offer another opportunity to do so in the future. We are looking forward to the new products and for all those who still have doubts, nothing will change – those who prefer a classic look can stick to the red and black rubber combination.