Sarkis Sarhajan, a mainstay of Soviet Union success, passes away 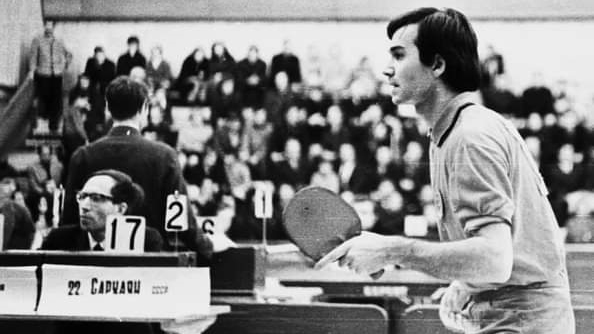 He was 73 years old.
Born on Wednesday 26th November 1947 in Batumi, a port city in Georgia located on the Black Sea, near the Turkish border, a left-handed attacking topspin player, he first came to international attention at the 1965 European Youth Championships in Prague. He won the junior boys’ team title lining up alongside Aleta Frog, Stanislav Gomozkov and Gegam Vardanjan, before later in the tournament, losing to Vardanjan in the junior boys’ singles final.
Success at youth level, for the next decade and more, he enjoyed success at the senior version.

At the 1966 European Championships in London, alongside Anatoli Amelin, Stanislav Gomozkov, Gennadi Averin and Gennadi Strenlikov, he secured men’s team silver; the feat being repeated two years later in Lyon when Uldis Eglitis and Gegam Vardanjan replaced Averin and Strenlikov. 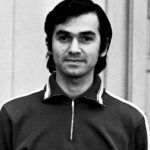 Medals at consecutive European Championships, in 1970 in Moscow, he made it three in a row. The same squad of players selected as in Lyon; it was bronze. Alas, there was no such success in 1972 in Rotterdam but for the next three editions of the prestigious tournament, podium places were reserved.

On duty in 1974 in Novi Sad he partnered Stanislav Gomozkov to men’s doubles bronze, in 1976 in Prague, lining up alongside Stanislav Gomozkov, Bagrat Burnazian and Anatoli Strokatov, it was the same colour medal in the men’s team competition. The run of success continued in 1978 in Duisburg when arguably he enjoyed the most successful European Championships of his career. Two bronze medals were secured, in the men’s team with Anatoli Strokatov and Valery Schevchenko, in the mixed doubles in partnership with Anita Zakharian.

Meanwhile, commencing in 1974 he competed in four consecutive Europe Top 12 tournaments, his best finish being fifth place in Lübeck in 1976.

On the wider scene, he was in action at five World Championships, his first being 1967 in Stockholm, his swansong 1977 in Birmingham, his finest moment undoubtedly in 1975 in Calcutta when the mixed doubles runner up partnering Elmira Antonian. In an all Soviet Union final, the duo experienced defeat at the hands of Stanislav Gomozkov and Tatiana Ferdman.

Domestically, between 1963 and 1983, he participated in the national championships each year, a total of 21 occasions. He won a total of 26 titles, five men’s singles, 12 men’s doubles, nine mixed doubles.
Most notably, he ascended to the no.7 spot on the December 1973 world rankings.

A record of remarkable consistency, Sarkis Sarhajan, rest in peace.