Not only was St Mathieu Muana Mbuta, a stalwart of table tennis within the Democratic Republic of the Congo, the incumbent President, having been elected in 2004; in a period approaching four decades, he gave unstinting support to the efforts made throughout the central region and the whole of the continent.

He first came to the attention of the African Table Tennis Federation (ATTF) in the early 1980s when occupying the position of FCTT Secretary-General. Quickly, he gained the trust of all he met. The esteem in which he was held being reflected by the fact that at four ATTF Biennial General Meetings, commencing in 1988 in Lagos, he was elected Zonal Vice President. Each election a four-year term of office, after a period of 16 years unbroken, he relinquished the position in 2004. 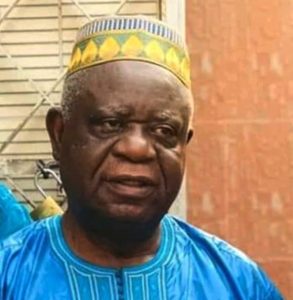 “He organised several regional competitions. We had hoped he should have stayed longer with us because of his vast knowledge and his immense contribution to the sport. He will surely be missed by all in Africa.” Jean Marie Okouna.

“I am full of sadness at such news, it is a big loss to development and promotion in Africa losing an official with more than 35 years’ service; always he tried to break barriers to a better future for the talented young players in Africa. God forgives him, I wish his soul to rest in peace; condolences to his family, the whole table tennis family in Congo RDC and Africa.” Khaled El-Salhy

The most recent major event organised by St Mathieu Muana Mbuta was a successful Regional Hopes and Cadet Week in 2020 from Wednesday 11th to Wednesday 18th March. Once concluded he did not rest, he was ready for the next venture; his appetite for organising major competitions one which impressed Dr. Alaa Meshref, ITTF Executive Vice President.

“Mr Muana Mbuta was a devoted table tennis official. Besides his multiple activities in the central region of Africa, and with his country having assumed the organisation of the Francophone Games for 2021, delayed later to 2022, Mr Muana Mbuta was in permanent contact with the ITTF Technical Delegate for the event, Azeddine Talbi, trying to ensure the best possible conditions for the Games. His passion for the game will be certainly missed. May his soul rest in peace.” Dr. Alaa Meshref

The words of Dr Alaa Meshref are echoed by all, respected, St Mathieu Muana Mbuta is sadly missed; the ITTF extends condolences.