On Friday 13th November, the Dishang 2020 ITTF Men's World Cup begins. The event will see 21 of the world’s best male athletes battle it out for top honours at the Weihai Nanhai Olympic Center.

On Thursday 12th November, the group stage draw saw for players seeded no.9 to no.21 was conducted. 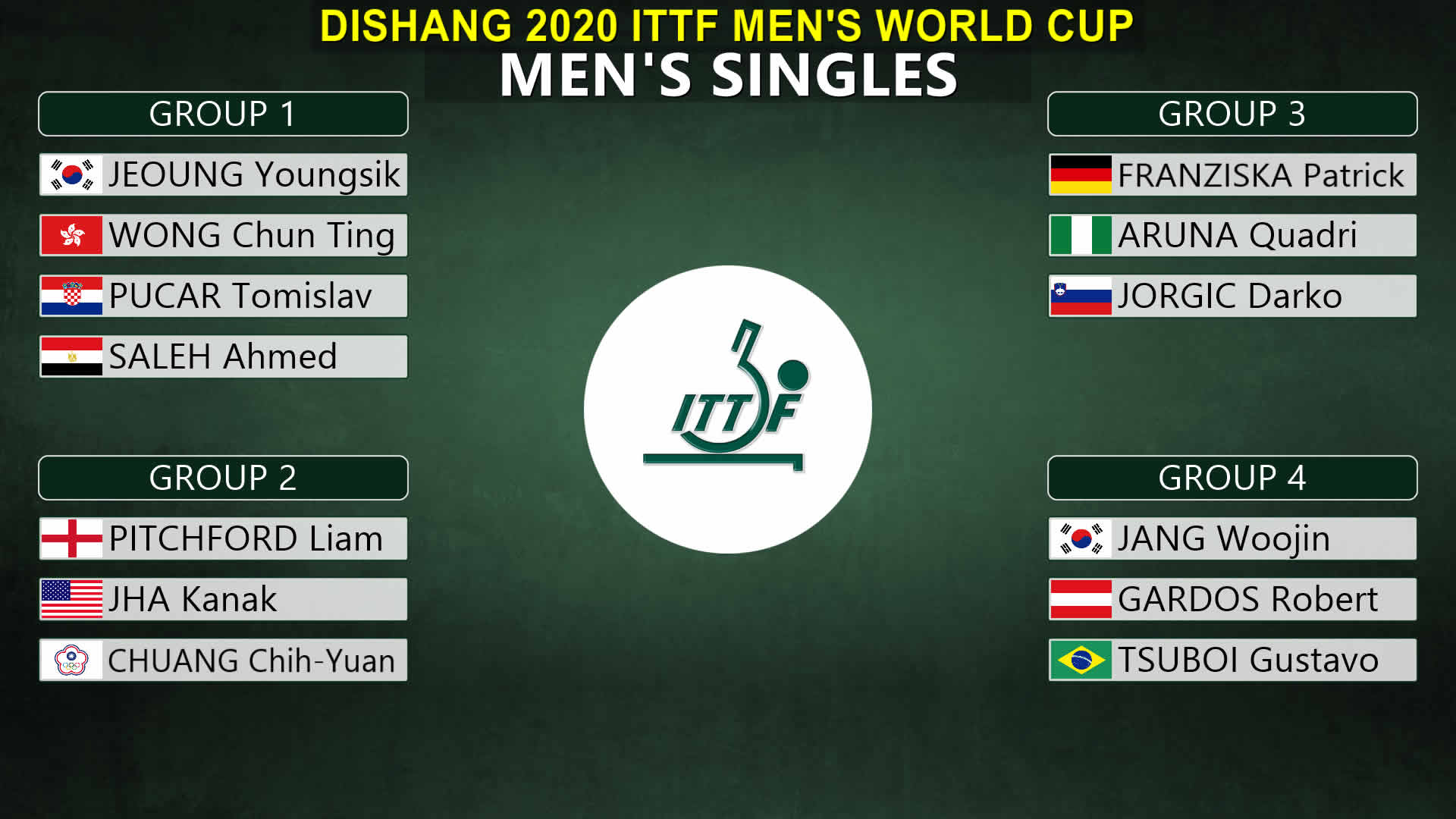 In the lone group of four rather than three athletes, group one will have some feisty battles. Korea Republic’s Jeoung Youngsik joins Hong Kong China’s Wong Chun Ting representing a strong Asian presence. Balancing the act with some youthful exuberance will be one of the European continent’s rising stars, Tomislav Pucar from Croatia, and Ahmed Saled from Egypt.

Jeoung will be making his third appearance at the Men’s World Cup, having finished as a quarter-finalist in 2016. Both will have their eyes set on the next stage but will know that the likes of Pucar and Saleh cannot be underestimated.

The second group has a very global approach as all three participants hail from three different continents. Chinese Taipei’s Chuang Chih-Yuan will be representing Asia in his bid to finish top of the table against opponents from Europe and North America.

Liam Pitchford will be in action for the former, as he is set to play only his second men’s World Cup. Bidding to upset the running order will be Kanak Jha of the USA.

In the group three, Germany’s Patrick Franziska and Slovenia’s Darko Jorgic, both making their debuts, line up alongside Quadri Aruna. The Nigerian will be making his sixth World Cup appearance.

Darko Jorgic, 22, is more than capable of being the ‘giant-killer’ as he proved earlier this year at the CCB 2020 Europe Top 16 Cup in Montreux when he reached the final against the odds.

Experience will be in evidence in the final group, as Jang Woojin will line up against Gustavo Tsuboi and Robert Gardos.

The Austria international at 41 years of age will be the oldest participant at the event, and knows exactly what it takes to play against the very best. As for Korea Republic’s Jang Woojin, 25, he has been at this level for a while and will want to make his debut at the World Cup all the more special by qualifying for the main draw!