After a jaw-dropping #RESTART to table tennis which saw a total of 5 seven game thrillers on the first day, we can now announce the main draw for the Dishang 2020 ITTF Women's World Cup!

Who will find the right path to glory? 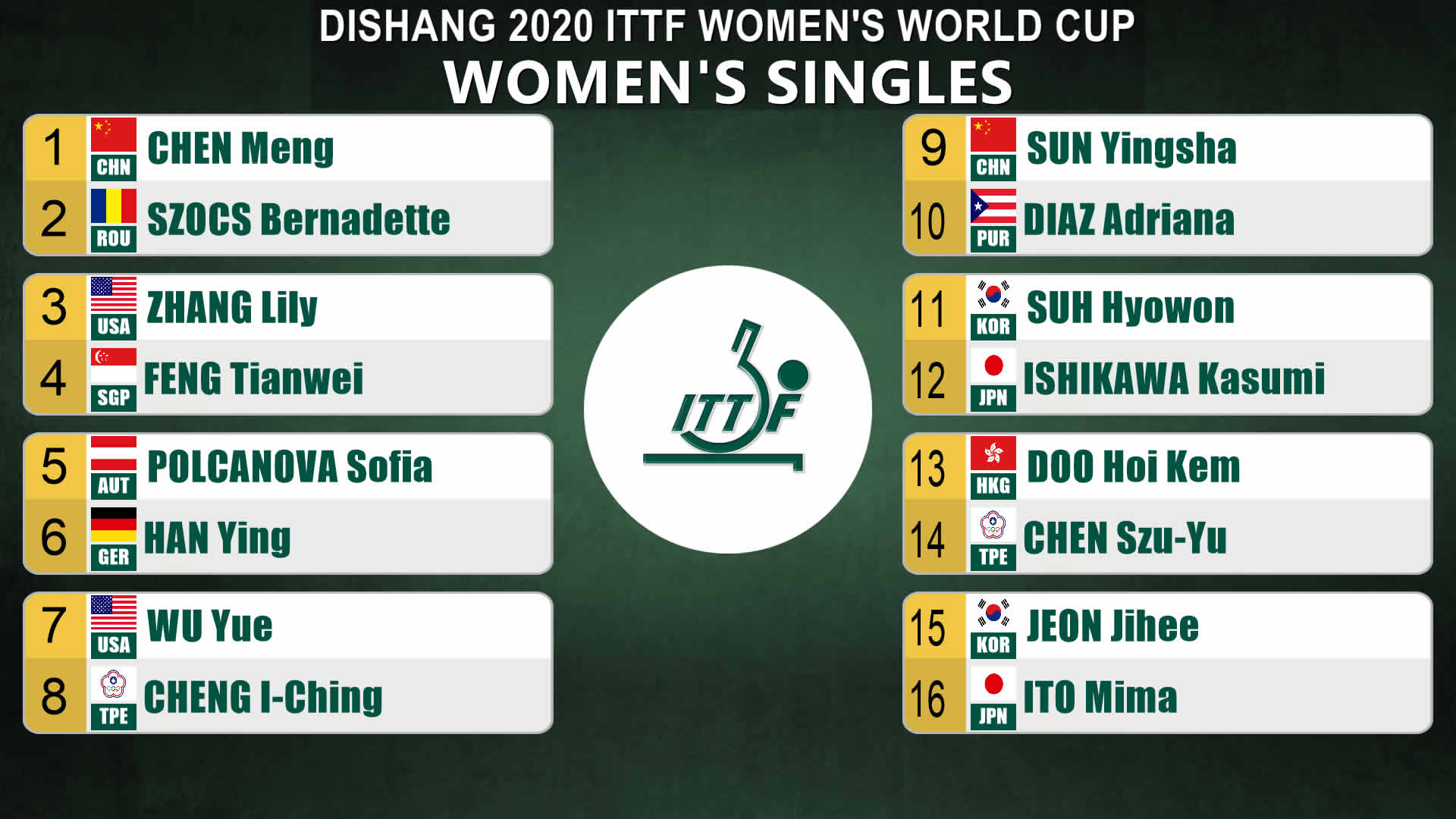 The stage is set for what will be a cracking set of knock-out round matches. Let us walk you through the key battles, stats and more.

Chen and Szocs have met only once before – at the quarter-final stage of the 2019 ITTF World Tour Hungarian Open, a match which the Chinese won comfortably. Will Bernie exact a measure of revenge?

The Singaporean veteran Feng Tianwei awaits in the next round, and she will have a good memory of seeing Zhang last year in this very competition – a match where Tianwei secured the bronze medal.

The meeting of European giants is at hand, and it seems like the German Han Ying has the upper hand over Austrian Sofia Polcanova and not just because she has won all four previous meetings – 2015 European Games, 2015 European Championships, 2017 Czech Open, 2019 European Games – between the two!

Where one German made it to the next round, another exited because of the brilliant win Wu Yue secured over Petrissa Solja in the opening match of group 3 (11-5, 11-4, 11-7, 9-11, 8-11, 3-11, 11-9). Despite dropping three games on the bounce, Wu never looked in doubt in game seven and didn’t pass up the opportunity when match point came her way.

Cheng I-Ching will be the next challenge for the North American, and it will be a brand-new one. The two have never crossed racquets before, meaning both women are likely to play with an air of caution tomorrow.

The battle of youthful exuberance has landed early at the Women’s World Cup here in Weihai, as the Chinese sensation Sun Yingsha will play in-form Adriana Diaz.

Two athletes who will certainly be familiar with each other’s playing style in the next round of the Women’s World Cup are Sun Hyowon and Kasumi Ishikawa. The Asian duo have played each other a gigantic fourteen times, with Ishikawa winning 11 matches – and all nine since succeeding in the women’s singles final at the 2014 Grand Finals.

The Chinese Taipei athlete was also a group winner earlier today – beating both Wu Yue and Petrissa Solja – in admittedly stretched out games. Whether that fatigue will factor in against Hong Kong China’s Doo Hoi Kem tomorrow is to be seen.

These two have met ten time prior, and have won an amazing five matches each. The most recent meeting between the two was when Chen beat Doo at the 2019 ITTF World Tour China Open and in the women’s team event at the Asian Championships in Yogyakarta last year.

Last but not the least, Jeon Jihee will take on her conqueror from the 2019 T2 Diamond in Singapore – Japan’s Mima Ito. It is set to be a cagey match as both players are known to favour an attacking style but both will be cautious about not giving away too much room at the table.